West Ham 0-1 Tottenham: Erik Lamela’s header on the stroke of half time the difference as Andriy Yarmolenko is taken to hospital with an ankle injury

After a summer without fresh recruits and tedious delays to the new stadium Mauricio Pochettino seemed surprised to be told Erik Lamela’s winner at West Ham had secured Tottenham a best start to a Premier League campaign after nine games.

Delve deeper into the last century, of course, and the standards were set rather higher. On their way to the Double in 1960/61, Spurs won their first 11 games.

Still, at a time when he feels like a manager juggling with unusual problems beside the normal ones like form and fitness, Pochettino was able to declare himself immensely satisfied. 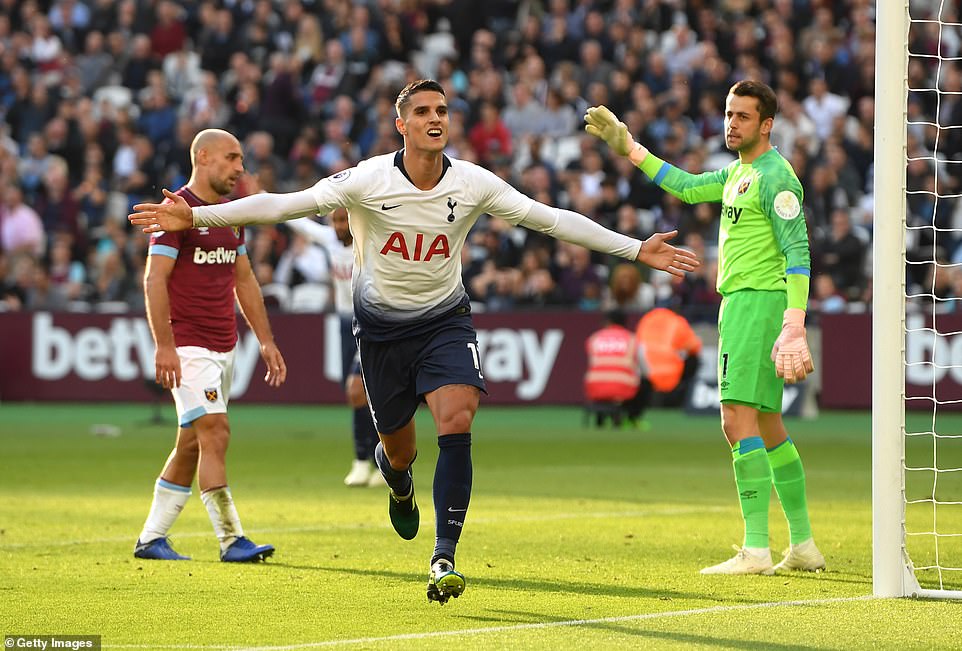 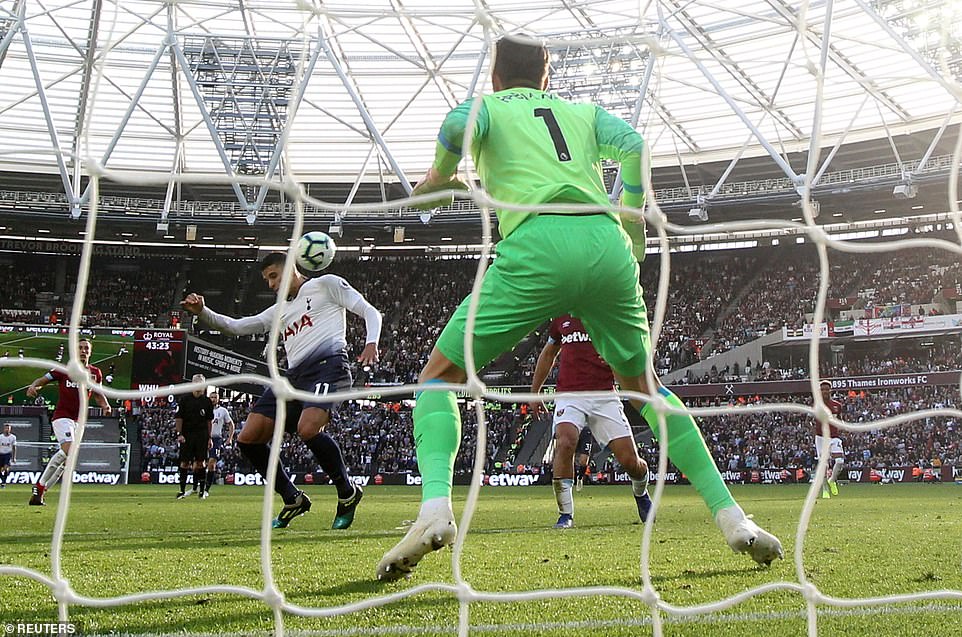 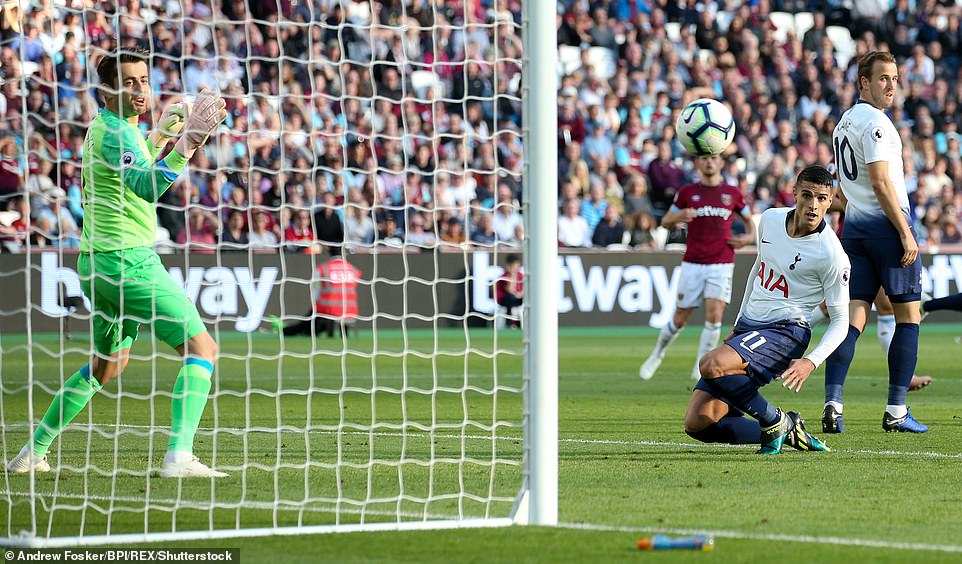 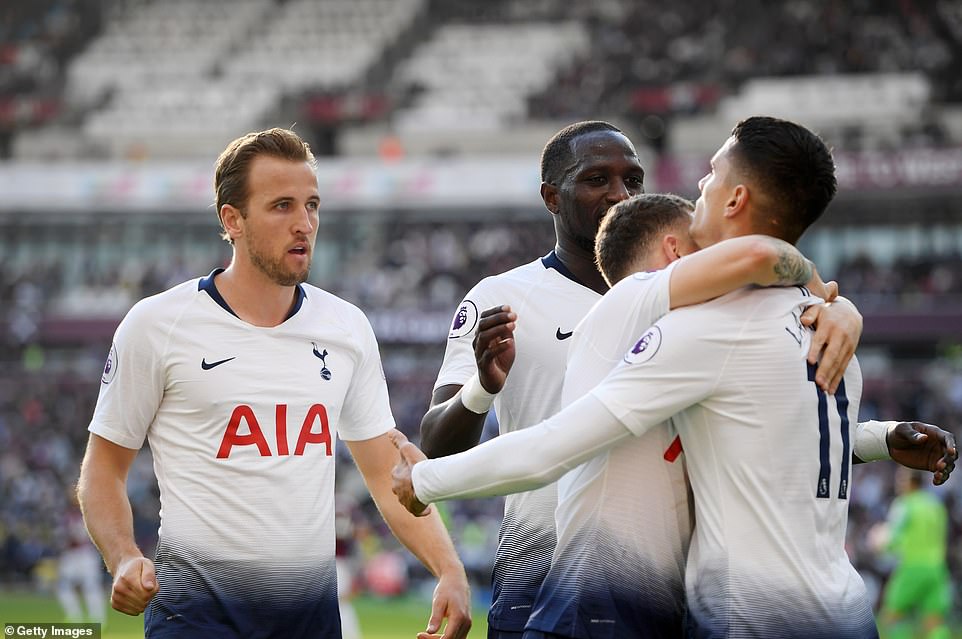 MAN OF THE MATCH: Erik Lamela 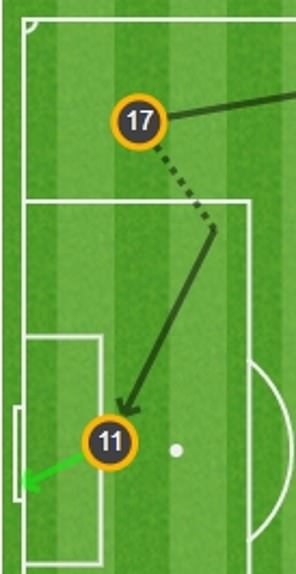 Erik Lamela (No 11) headed home a Moussa Sissoko (No 17) cross to break the deadlock 90 seconds before the interval. For more of Sportsmail’s fantastic MATCH ZONE feature, please click here.

His team is nicely poised, ticking along two points behind the league leaders as they turn attention back to Europe as they attempt to salvage something after losing their opening two games in the Champions League.

At West Ham, Tottenham were far from their most fluent but went ahead at the end of the first half and defended the lead with the considerable help of three fine saves by Hugo Lloris, all of them to deny Marko Arnautovic.

Javier Hernandez thought he had scored a late equaliser but the flag was up against Arnautovic as he burst clear to provide the assist and the goal was correctly ruled out.

‘In the end we suffered a little bit more than I would like,’ said Pochettino. ‘Always a derby is competitive and emotional. But it was an amazing victory and three points keep us in a good position.

‘I am happy with the results and we need to celebrate the position we are in. If people want to give us some credit, fantastic. If not, we will push on and try to win more games. That is our job.’

For West Ham, who lost their first four league games before wins against Everton and Manchester United and a draw against Chelsea, the mini revival has stalled and they remain perilously close to danger. 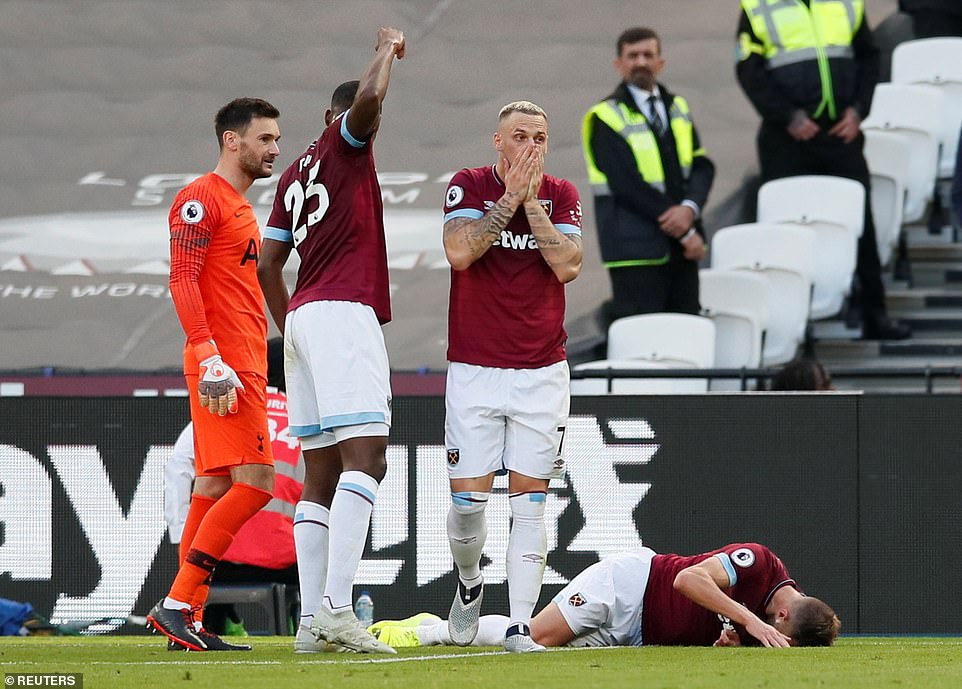 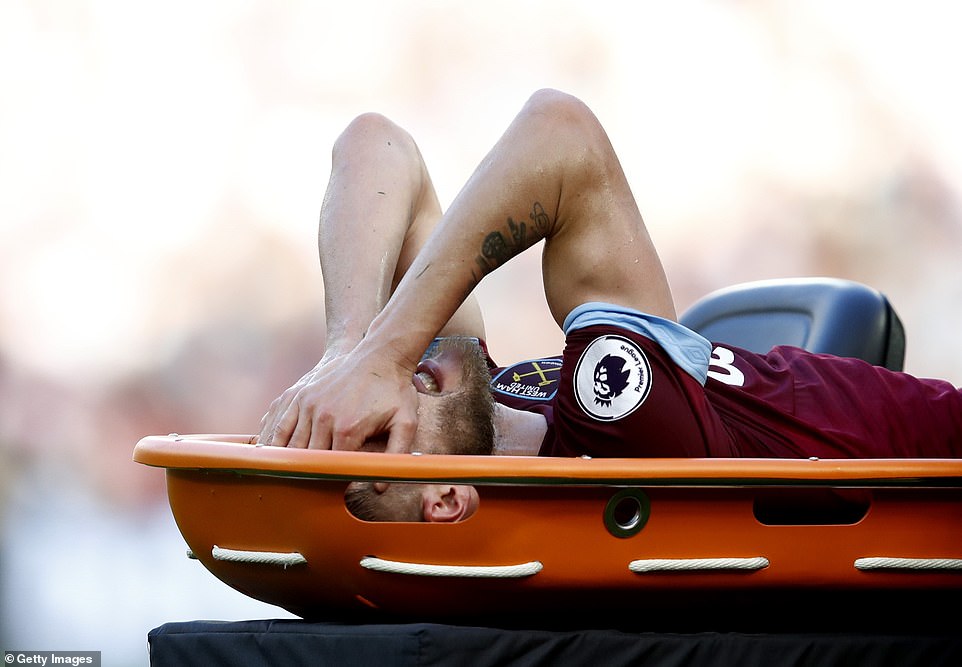 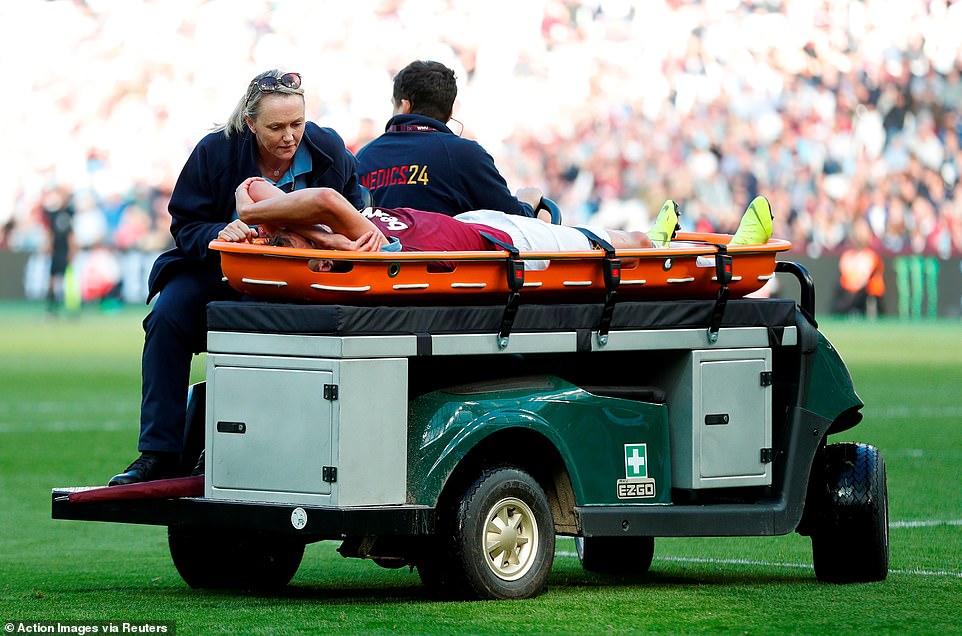 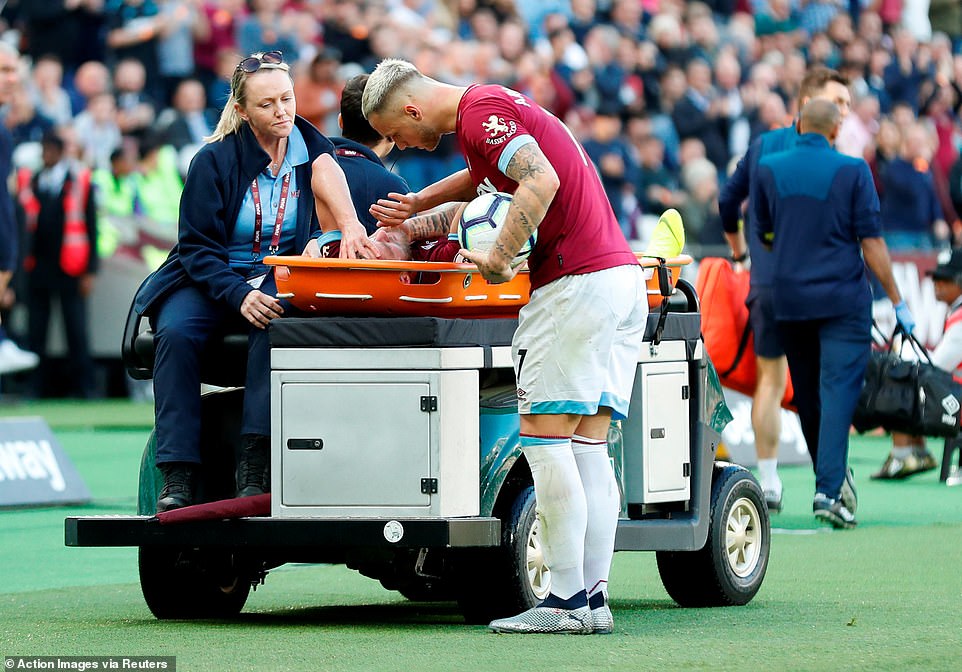 Manuel Pellegrini praised the spirit of their second-half display but feared Andriy Yarmolenko may have picked up a serious ankle injury.

The Ukraine international, a £17.5million summer signing from Borussia Dortmund, fell suddenly clutching his right ankle as he twisted to pursue a deep corner kick which bounced loose at the back post.

Arnautovic, closest of his teammates to the incident, threw his hands to his face in shock and turned away and, after treatment, Yarmolenko was wheeled from the pitch on a stretcher and taken straight to hospital.

‘It doesn’t look good but it’s better to wait and see what the doctor says,’ said Pellegrini. ‘I hope not because we have enough players out with long term injuries.’

Until Yarmolenko’s blow, five minutes before half-time, this had been an untidy affair.

Tottenham controlled the bulk of possession but efforts at goal were few and the game was disjointed, littered with mistakes and the mood subdued. 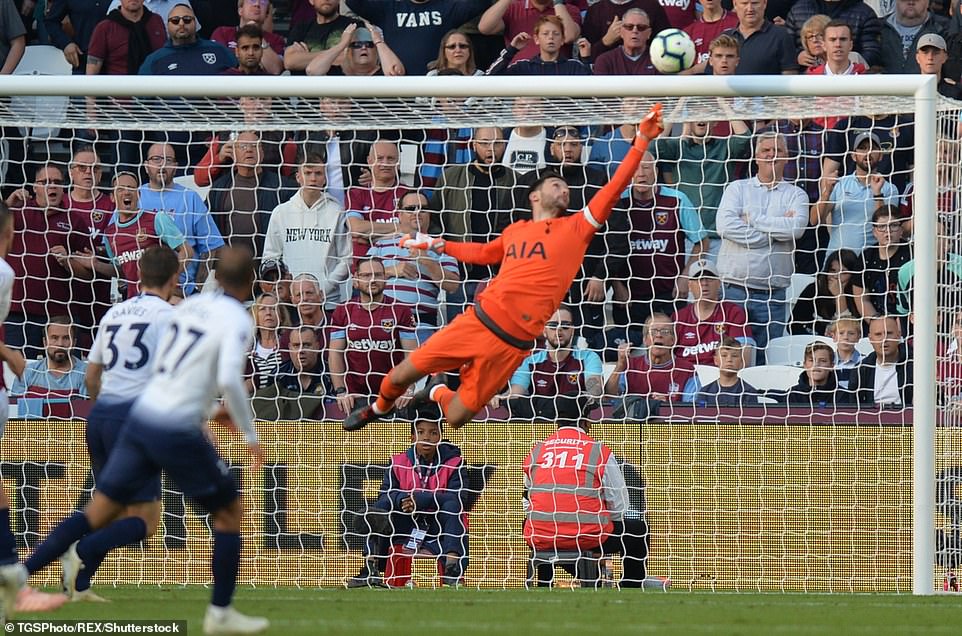 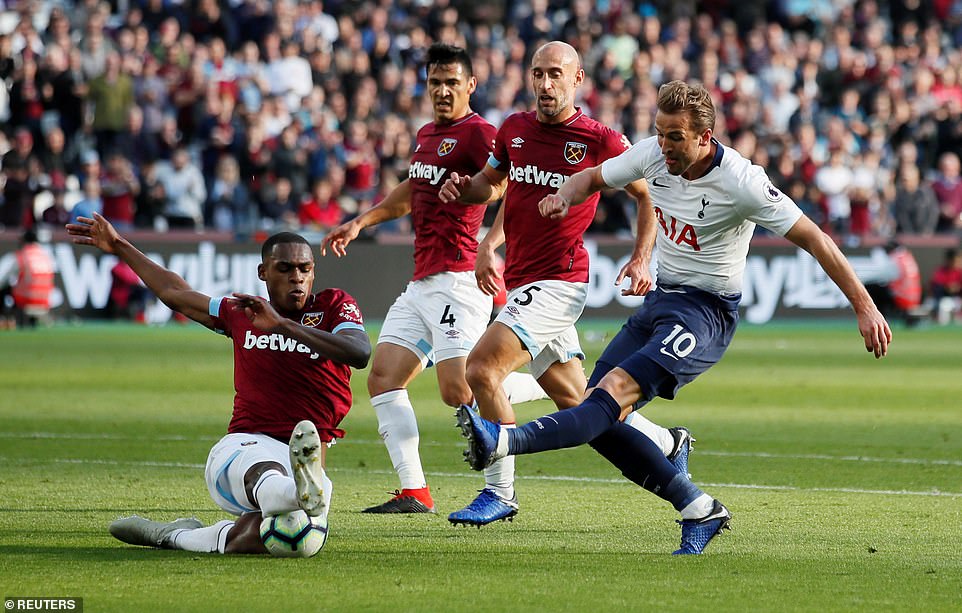 The break in play seemed to change things. West Ham’s concentration wavered and Spurs clicked into their most creative spell, which was brief but enough to seize the initiative and ultimately win the game.

Lamela drifted ahead of Pablo Zabaleta and glanced a header beyond goalkeeper Lukasz Fabianksi following good work on the right and a cross from Moussa Sissoko.

It was a fifth goal in seven games for the Argentine after two difficult seasons, first, a year out with niggling hip injuries and surgery, and then the long haul back to his best.

‘He is more mature,’ said Pochettino. ‘That is the key, he is more relaxed and calmer in front of goal.’

Lamela is a player who enjoys purple patches of form, even within the confines of a single game, and sparkled as confidence rushed through his body and mind after his goal, demanding the ball and jinking past defenders.

Fabianski made a splendid double save in stoppage time at the end of the first half to prevent the visitors extending their lead.

Again it was Lamela causing them problems, cut inside from the right onto his favoured left foot. 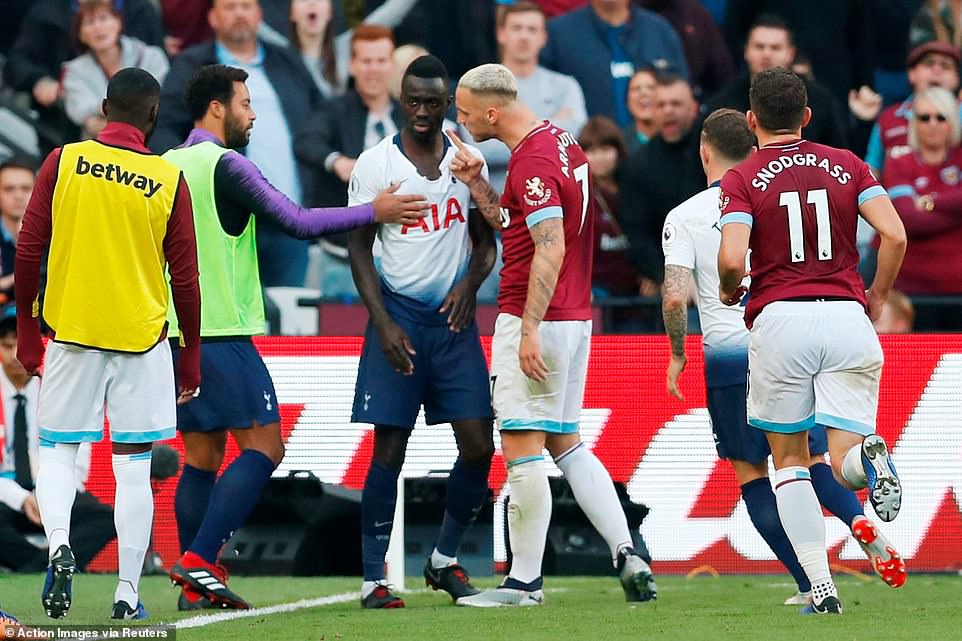 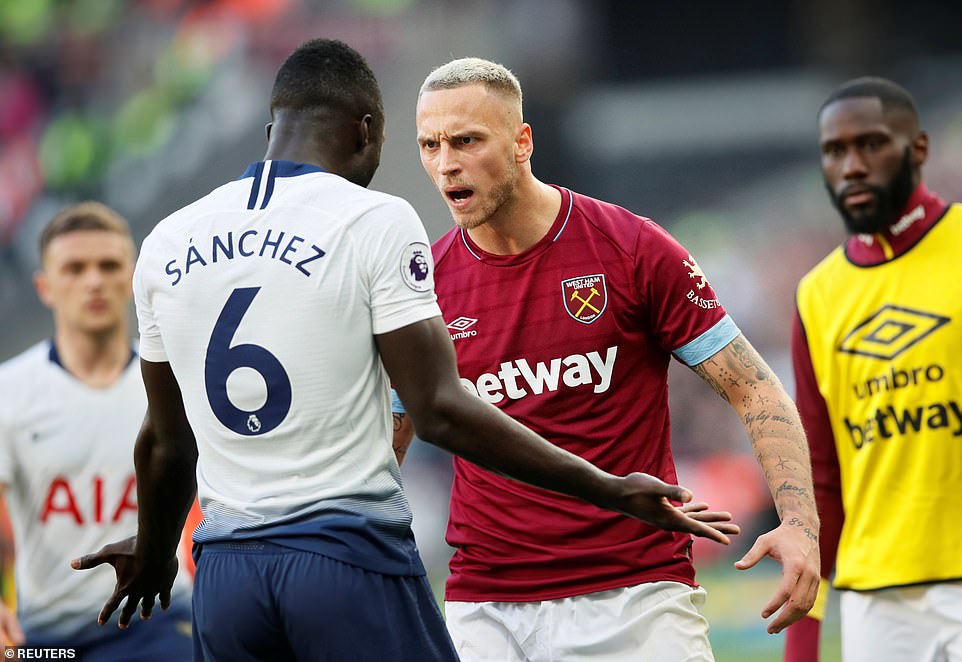 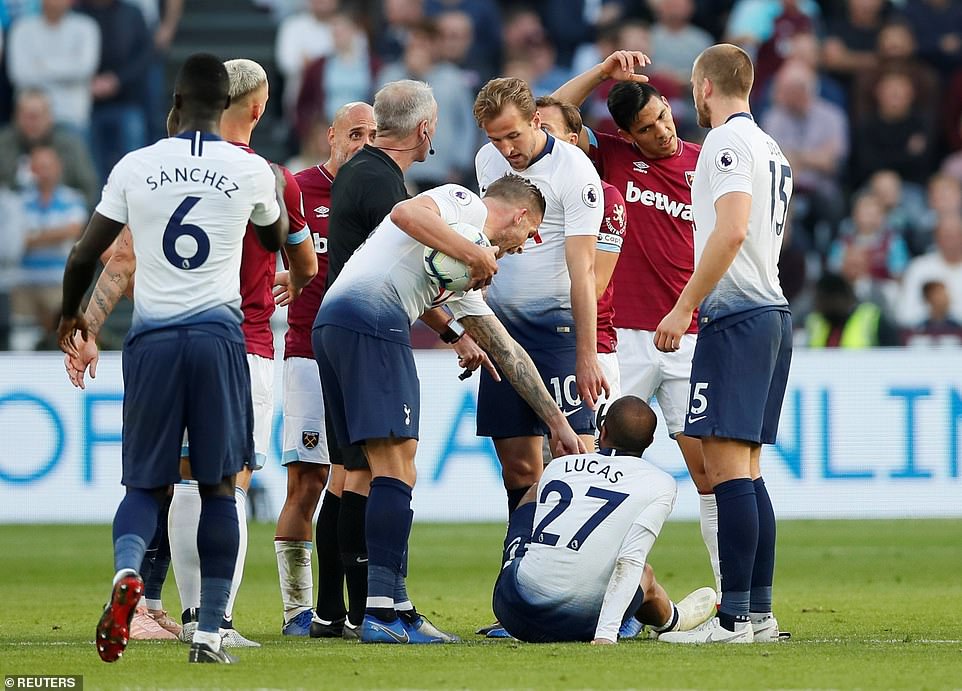 The West Ham goalkeeper beat his curling strike down into a crowded goalmouth where it fell to Davinson Sanchez who really ought to have scored.

Instead, he drove the chance against Fabianski outstretched on the goal line.

Pellegrini’s team had more first in their football when they reappeared but found Lloris in fabulous form.

The Tottenham captain sprang high to his left to claw Arnautovic’s header from the top corner after Aaron Cresswell had stolen the ball from Sissoko and crossed from the left.

Then he was down low to the same side to push wide with his fingertips a sweet strike by Arnautovic which fizzed across the turf.

In the final seconds, he made another brave and crucial block, throwing his body at the clattering feet of Arnautovic and Sanchez.

The bubble machines sprang to life and smoke bombs were set off when Hernandez found the net but West Ham were premature and it was Spurs who left in celebratory mood, quietly in touch with the top. 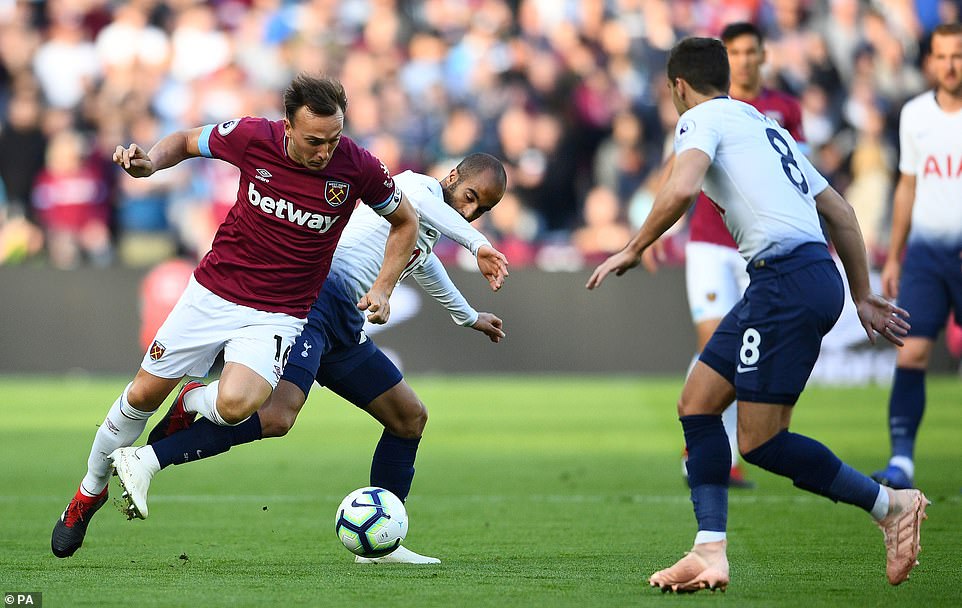 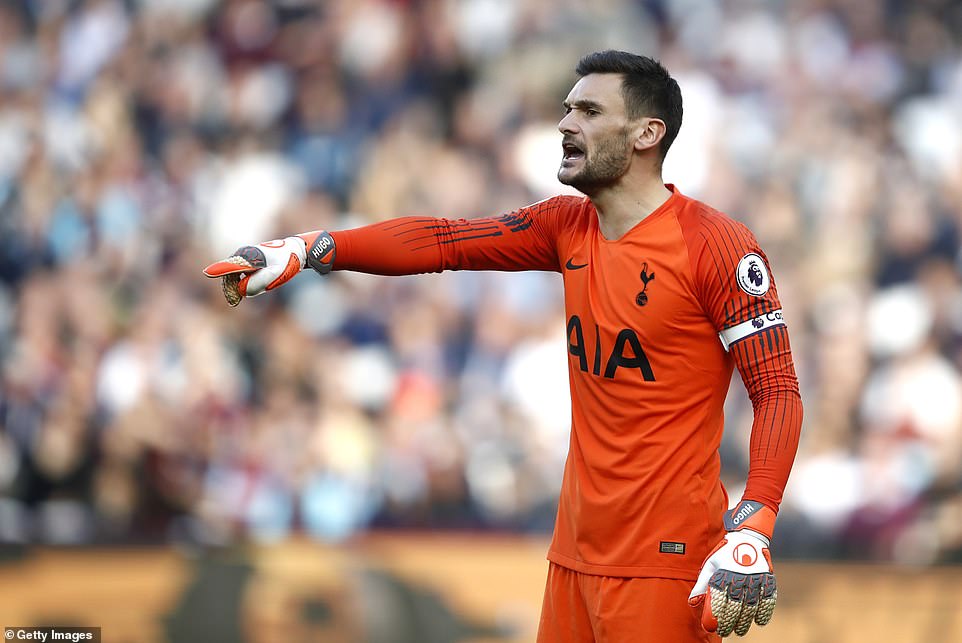 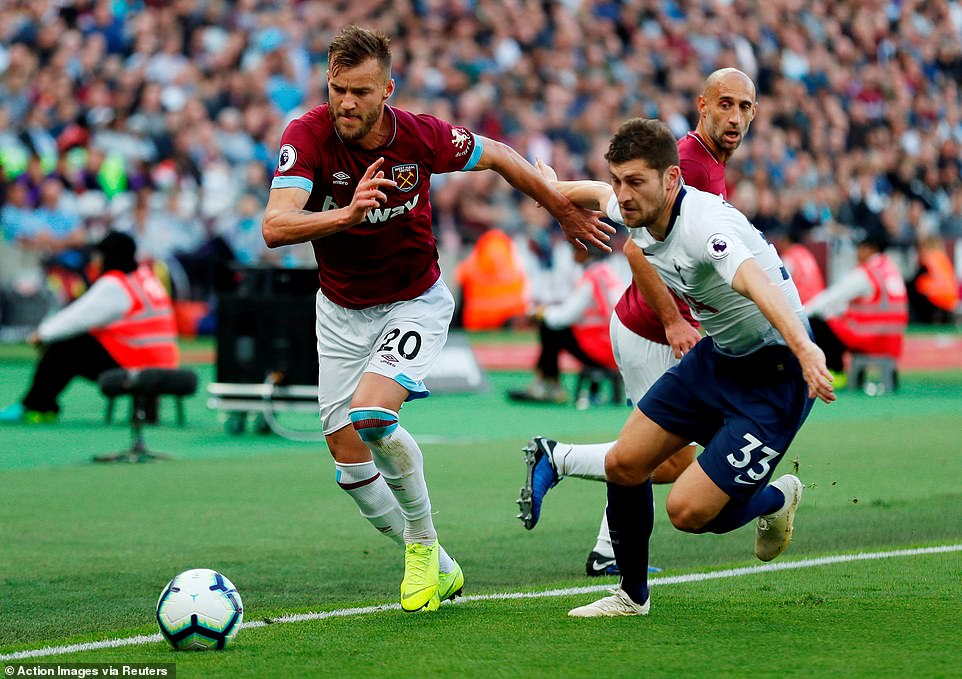