League Two Stevenage, sponsored by Burger King, weren’t exactly beaten by a Whopper. Instead, it was a header from the smallest player on the pitch, Wayne Routledge.

Perhaps he held a decade-long grudge and got his revenge at last, given this match marked the 10-year anniversary of Stevenage defeating Premier League Newcastle.

Routledge was on the losing side that day, but the 5ft 7in forward’s finish here ensured Championship high-flyers Swansea would not exit the competition to Tier Four opposition. 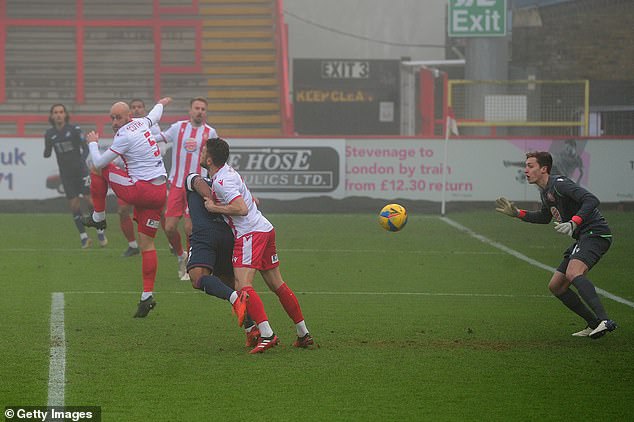 Wayne Routledge found the net with a header, despite being the smallest player on the pitch 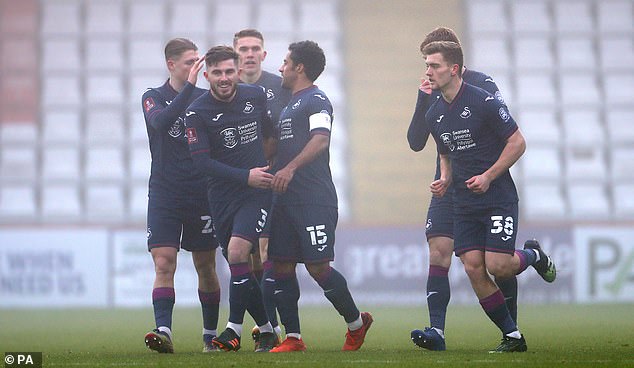 Viktor Gyokeres — the Swedish international on loan from Brighton — later doubled their lead, and Stevenage substitute Luke Norris saw his penalty saved in the 80th minute.

Swansea left victorious, making it a happy journey home, and that helps. With this and two away trips to Barnsley and Blackburn next up, they will have covered 1,372 miles on the road.

Stevenage will go back to trying to stay in the Football League, while Swansea manager Steve Cooper will concentrate on pushing for promotion from the Premier League.

‘We need the right characters,’ he said about the January window. ‘I’m not going to bring bodies in for the sake of it. Our culture is too strong.’ 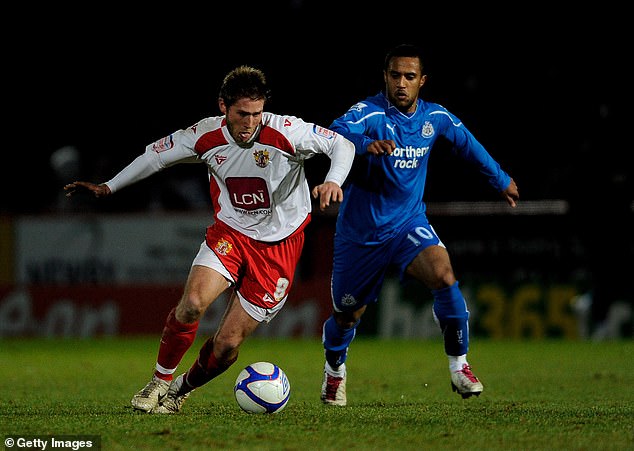