‘He tells me before the game what he thinks I should do’: Aaron Wan-Bissaka reveals advice from Bruno Fernandes is helping him grow into right-back role at Manchester United

Aaron Wan-Bissaka says Bruno Fernandes is helping him take his game to new heights after the Portuguese playmaker arrived at Manchester United in January last year.

Fernandes, widely considered to have been the club’s best performer since his arrival, has led by example on the field and Wan-Bissaka revealed that the 26-year-old is just as assertive off the pitch.

‘Bruno helps everyone – on and off the pitch,’ the England international told United Review. 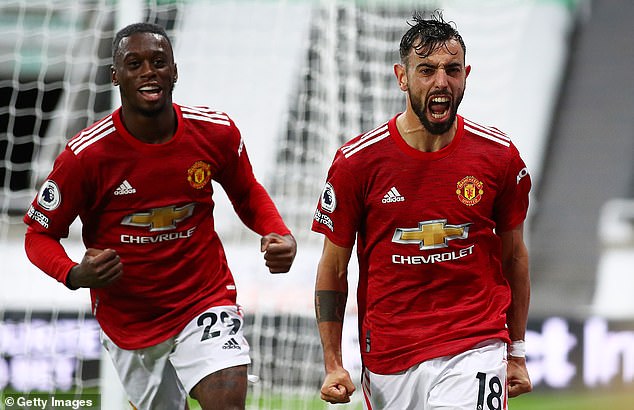 ‘He has done it with the other players, and I can see that, along with the impact that he has made.

‘When I scored my goal [against Newcastle], he said he couldn’t believe I could shoot! That goal there was to show him!’

Fernandes signed from Sporting Lisbon on a five-and-a-half-year deal for an initial fee of £47million, which could rise to £67.7m with add-ons. 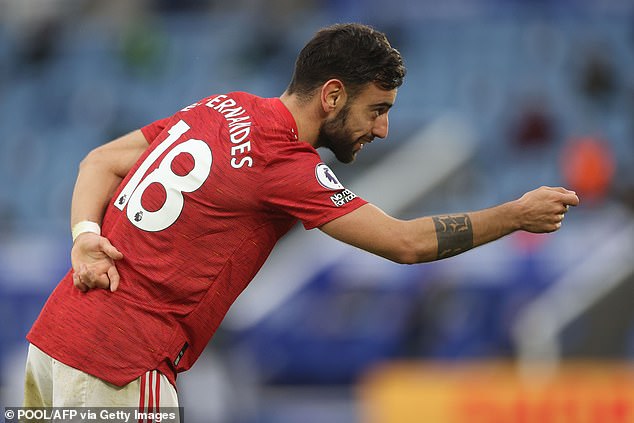 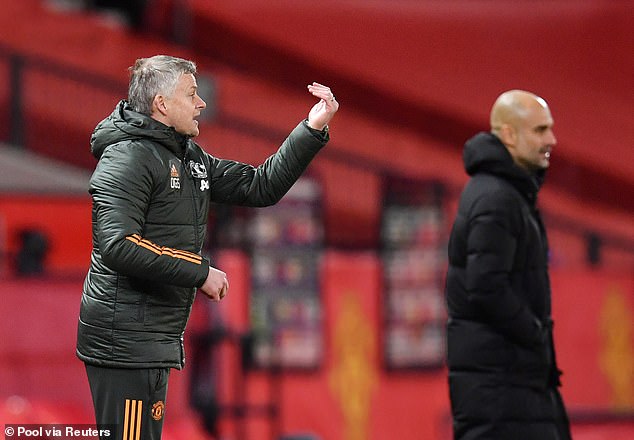 He has scored 19 goals and assisted 14 more in 30 Premier League matches and has 27 goals and 17 assists in 46 games for the Red Devils across all competitions.

Ole Gunnar Solskjaer’s men only trail Premier League leaders Liverpool on goal difference and have won eight of their last 10 games in the top flight, drawing the other two.

United host arch-rivals Manchester City in a one-legged Carabao Cup semi-final at Old Trafford on Wednesday, with the hosts aiming to get one step closer to a first major trophy since beating Ajax to win the Europa League in 2017 under Jose Mourinho.