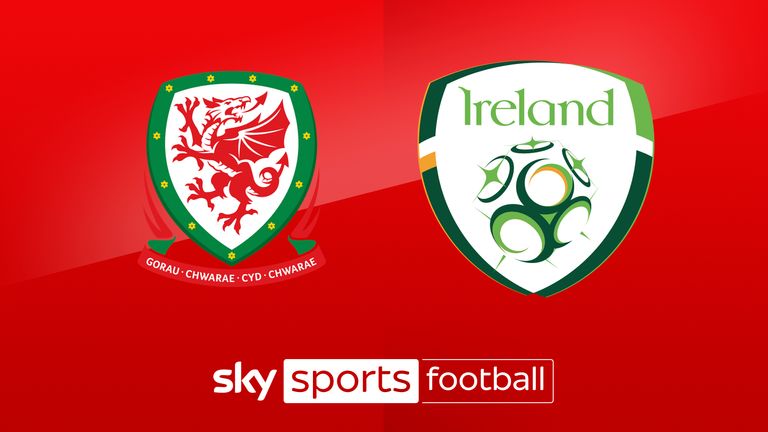 Team news and stats ahead of Wales vs Republic of Ireland in the UEFA Nations League, live on Sky Sports; kick-off 5pm.

Wales caretaker manager Robert Page says he has a fully-fit squad at his disposal as Wales and the Republic meet for the sixth time in just over three-and-a-half years. The two sides drew 0-0 in Dublin last month and have often cancelled each other out in recent times.

As ever, all eyes will be on Gareth Bale, who was rested for Thursday’s 0-0 friendly draw against the United States. But he has taken a full part in training this week and Page gave a ringing endorsement of the Spurs striker’s fitness levels.

“He’s been brilliant all week,” Page said. “He’s probably the fittest I’ve seen him since I’ve been involved with Ryan and the first team. He’s looking in great shape.”

Stephen Kenny has called four players into his Republic of Ireland squad ahead of the trip to Cardiff. Jason Knight, Josh Cullen, Darragh Lenihan and Ciaran Clark have been included while Jack Byrne and Ryan Manning have also linked up with the squad.

It has also been confirmed that captain Seamus Coleman, John Egan and Harry Arter have all returned to their clubs due to injury.

Alan Browne won’t be available for selection after the midfielder tested positive for coronavirus after playing the full match during the Republic of Ireland’s 3-0 defeat to England at Wembley on Thursday.