Croatia captain Domagoj Vida played 45 minutes of his side’s 3-3 draw with Turkey before finding out he had tested positive for coronavirus just hours beforehand.

The 31-year-old centre-back had returned a negative Covid-19 test on Monday along with his national side team-mates ahead of their friendly against Turkey and subsequent Nations League fixtures against Sweden and Portugal.

But tests on the morning of the game in Istanbul saw a ‘potentially positive result’ come in for the Besiktas defender as the match was being played, and he was therefore substituted for Filip Uremovic as a precaution. 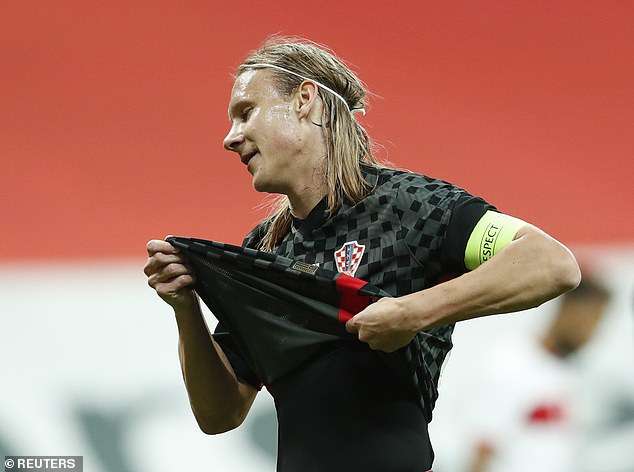 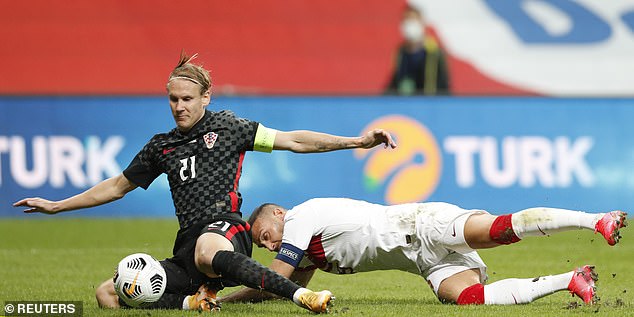 More tests then confirmed that he has indeed contracted the virus and he was then placed in isolation immediately.

‘The medical service of the Croatian national team received initial information at the end of the break between the two halves that there was one potentially positive result,’ a Croatia Football Federation statement read.

‘This is a common test procedure, and a ‘suspicious’ finding is retested to confirm the result.

‘As at that time the coach Zlatko Dalic had already made the decision to change Vida, the medical service of the national team isolated Vida according to all epidemiological measures until the confirmation of the test results. 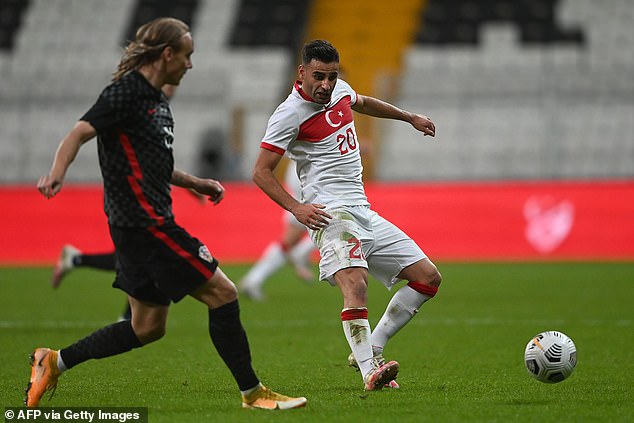 ‘Vida will, in accordance with regulations, spend the next few days in self-isolation in Istanbul.

‘All other national team members and staff members, who tested negative, are scheduled to travel to Stockholm. It is taken into account that the national team complied with all epidemiological measures, in accordance with UEFA’s Return to Play protocol.’

Croatia had to come from behind on two separate occasions before they squandered a lead of their own in the 3-3 stalemate in Istanbul, which included Vida conceding a penalty for Everton striker Cenk Tosun to slot home.

Dalic’s side next face Sweden on Saturday in the Nations League and currently third in Group 3 of League A, but have taken just three points from their first four games. 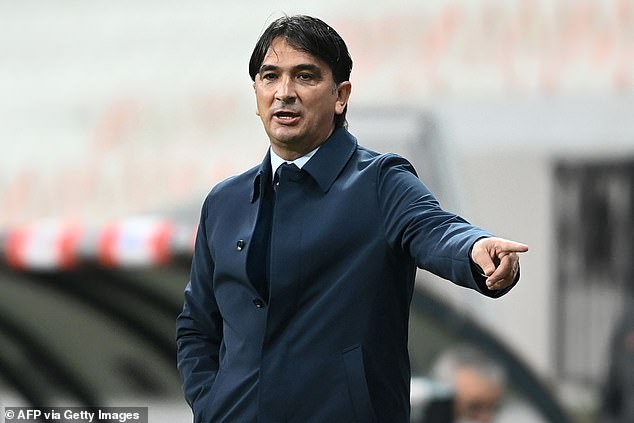