Raphael Varane has played down speculation he could join Champions League semi-final opponents Chelsea this summer, insisting his focus is solely on Real Madrid.

Spanish publication Mundo Deportivo claimed on Sunday that the Blues have jumped ahead of Manchester United in the race to sign Varane for £61million.

But the Frenchman says he is ‘100 per cent committed’ to the club, despite reports that he will push for a move away at the end of the season. 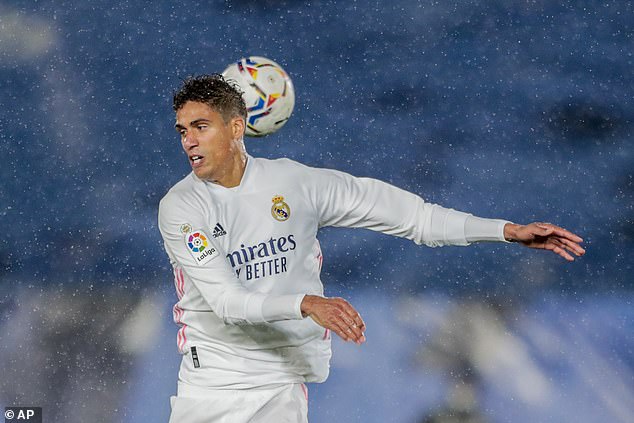 Speaking in a press conference ahead of Tuesday’s first leg clash against Thomas Tuchel’s side, Varane said: ‘My future is clear: my focus is on the end of the season.

‘We are in a very intense minute, we have to be focused on the games that lie ahead.’

Pressed on whether he would extend his contract beyond the end of next season, the defender added: ‘It is normal that my focus is on the end of the season.

‘The message to the fans is that I am 100 per cent committed to the team. We have challenges that encourage us a lot. I am focused on giving everything on the field.’ 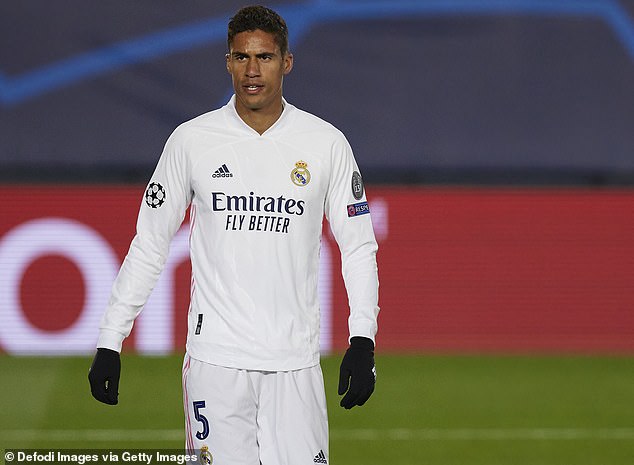 Varane is set to play a key role in Tuesday’s Champions League semi-final first leg, with captain Sergio Ramos ruled out as he recovers from injury.

The Frenchman expects a tough game against Chelsea, who have turned their season around since Tuchel’s arrival as manager in late January.

‘They have players of different qualities. The important thing is that we adapt well to what we are going to face. 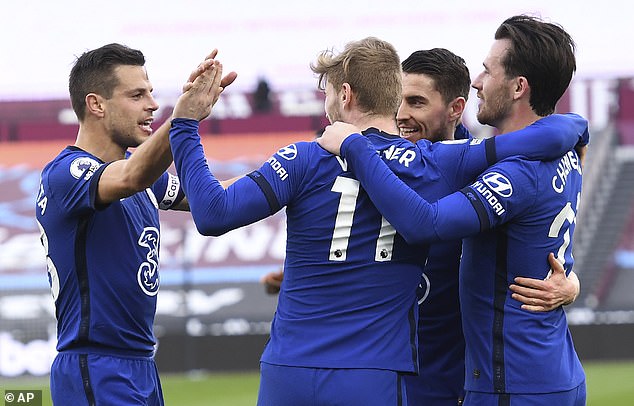 ‘They have the ability to play with the block higher or further back. And they can create danger at any moment. The best thing is to defend together.’

Asked about the challenge of facing the Premier League side in the last four of the competition, Varane added: ‘We know that we are in the semi-finals.

‘At this level, there are a lot of demands on a physical, tactical and technical level. The details are very important.

‘We must play a complete game. We must start with the idea of ​​going to win. everything.’ 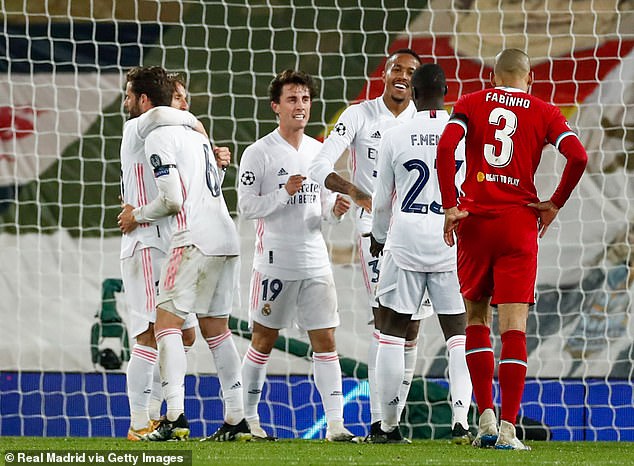 Having missed the second leg of Real’s quarter-final win over Liverpool after contracting Covid, Varane now has his sights set on lifting the trophy.

‘It is a special season for everyone, with many games,’ he added. ‘

I have been able to rest with Covid, alone at home. I always try to improve, every year is a learning process.

I always try to complete my game and help my team-mates. It is a season where I have played a lot.

‘We are very excited in the League and in the Champions League. We want to finish well.’