Home » Vadaine Oliver interview: How the Gillingham striker shook off the target-man label

The role of a target man is often an unglamorous one.

A key component of the ‘route one’ approach, he controls long balls forward, holds off opposition defenders long enough to bring team-mates into play and might chip in with a goal or two himself on a semi-regular basis.

For the majority of his career, that has been Vadaine Oliver – and with a solid 6’2″ frame, it’s not difficult to see why.

But when he signed for Gillingham last August, shortly after promotion to League One with Northampton, manager Steve Evans gave the 29-year-old a new lease of life. 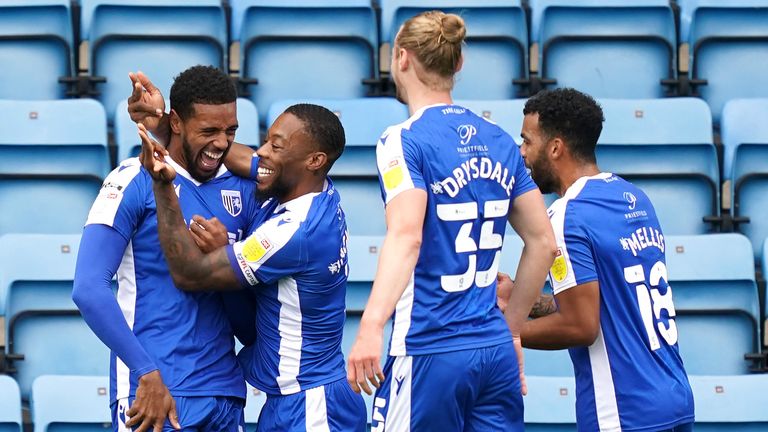 “I had a really, open good chat with him before I signed and he said that he had liked me for a number of years when I had come up against him,” Oliver told Sky Sports after being named Sky Bet League One Player of the Month for March.

“He told me he thought there was more to my game, that I wasn’t just a target man and I could be a focal point and main goal threat for Gillingham. He said how he had worked with players like Chris Wood, helped to develop them and move them up the leagues. He wanted to do that with me and, thankfully, it has paid off. I’m reaping the benefits of working with him now.

“He’s so experienced and had worked with the best of them, so he understands. He gives you little tips and pointers now and again and I have grasped that opportunity to absorb everything I can from him.”

For context, since turning professional with Sheffield Wednesday in 2010, Oliver had made 214 appearances and scored 29 goals in the EFL – across spells with Crewe, Mansfield, York, Notts County, Morecambe and Northampton – prior to the start of the current campaign.

He already has 15 goals and five assists in 40 league games this term, with an average of one goal involvement in every other game. It’s 18 goals in 47 games if you factor in domestic cup competitions, too. 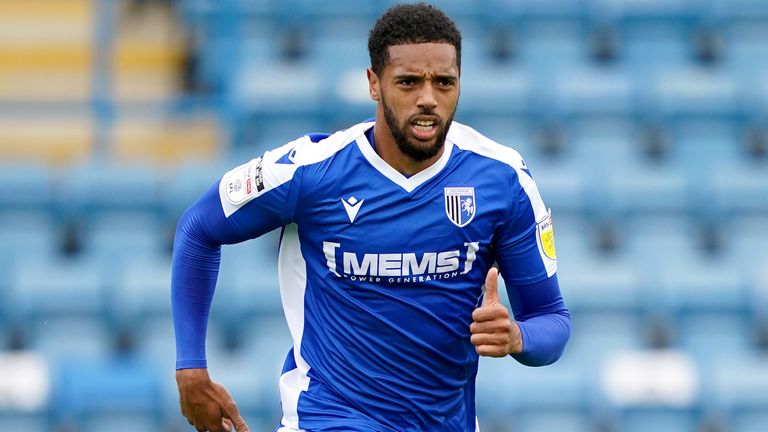 Ten of his strikes have come in his last 12 games, a period of less than two months given the recent fixture pile-up. The hot streak began with a goal against Portsmouth at Fratton Park on February 27, and since then, the momentum has simply continued to build, without let-up.

“Through March, as a team, we got into a really good rhythm of how we were playing,” he continued. “The team picked itself, we were all in good form, everyone was playing to the best of their abilities and it created more opportunities for me.

“I’ve been working hard at the training ground doing more finishing drills with Paul Raynor, the assistant. When you are pushing for something higher in the leagues, there’s more confidence in the team, which creates more chances for strikers. It’s always hard when you are in a team fighting relegation or you are in among it, you are just battling away and more just a target man, like I said.

“Since I have come here, I’m not just a stationary target man – I’m a striker getting in among the goals. I have been allowed to show my goalscoring prowess in not just battling defenders to hold the ball up and bring others in.

“When you are scoring goals, it just breeds more confidence and you take that into each game. I think that’s partly why you can ride that wave of confidence because it is a bombardment of games. 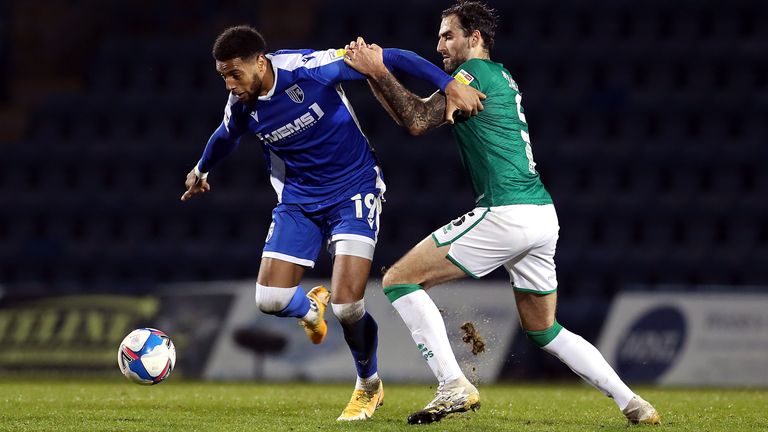 “It’s not really something that happens, the game pile-up we have had this season due to the Covid situation. It has been crazy but I do think that’s why I have been able to carry that form on for the entire month because it has literally been game after game every three days or so.”

Oliver’s recent ruthlessness in front of goal has been paramount to the Gills’ late dash from mid-table to the cusp of the play-off places. Heading into Saturday’s meeting with, of all possible opponents, Northampton, Evans’ team sit ninth, four points behind sixth-placed Charlton.

Having scored for the Cobblers in their League Two play-off semi-final win over Cheltenham last term, he is enjoying the return to familiar territory.

“The mood is really high. I have been scoring the goals and there are a lot of other players getting in among the goals themselves and creating, too, like Ryan Jackson, Kyle Dempsey, John Akinde and Jordan Graham.

“There’s a few that you can see are really high in confidence and they are taking that into each game. The mood in the camp is brilliant and we are just eager to take each game on.”

The generic, almost robotic, responses from managers and players alike when pressed for their targets and views of what might lie ahead beyond the next match have become customary in post-match interviews.

It is easy to understand why, of course, but as the final fortnight of the season begins, Oliver admits the focus has started to shift towards the bigger picture and the fate that awaits the Gills.

“You have always got that in the back of your mind now. We are aware of how close we are and, given how positive a month we had in March, it has put us in touching distance of a play-off spot. We are aware it’s a big ask, but providing we do our utmost in each game now, it gives us a great opportunity to finish in the top six.

“You always dream of it, those back-to-back promotions. It was a great feeling last year and to jump on that and kick on again here this year and put ourselves in with a chance of a similar opportunity we had at Northampton, it’s unbelievable.

“At the end of the day, if it doesn’t happen, then it is what it is but we can say we gave it our all in trying to get in there.”

If they do get there, however, he will be chasing down unrivalled emotions.

“Apart from having my kids, there’s no better feeling than promotion. In football it’s the best achievement you can have. You get a real sense of pride, not just for yourself but for your family, your friends and for your team as a collective.

“It’s everything you work for throughout the year, so to get the kudos and cherry on top for the hard work you’ve put in is brilliant.”

Whatever happens in the next two weeks, this season has been a monumental one for Vadaine Oliver.