On an afternoon of hope and new beginnings, clean slates and endless possibilities, Tottenham found their poison not just in defeat, but numbing similarity.

It may be far too early for definite conclusions – this is after all the first stumbling sprint in a marathon – but if the nascent stages of a new season have little tangible meaning, what they do offer is a glimpse of what’s to come: the seeds of a new idea, the unveiling of a new tactic, the promise of new signings. Those first 90 minutes paint a picture, of unbridled optimism or crushing dread, about where the next nine months may lead.

The trouble, then, for Jose Mourinho and Spurs, is not the three points dropped in a direful defeat, but quite how bleak and unimaginative that window into the future felt. Dele Alli, the manager’s rejuvenated pet project, was hooked at half time. Harry Kane, the talisman aiming to draw comparisons to the world’s very best, looked a tired shadow and had just three touches in Everton’s box. Spurs’ new £15million signing, Pierre-Emile Hojbjerg, who they snatched from under Everton’s noses, was outclassed and outfought by Carlo Ancelotti’s new-look midfield axis of Abdoulaye Doucoure and Allan. If this is Spurs’ new dawn, few will want to peek any further into the looking glass.

Of course, in all likelihood – and thankfully for Tottenham supporters – it won’t be. Towards the end of last season, Mourinho had begun to knit his team with a surgical efficiency, defeating Arsenal and Leicester, and built a streak of form likely worthy of a top-four finish if it can be replicated. This defeat was a mishap rather than a sudden nosedive towards mediocrity. But when reassurances are the greatest source of optimism, isn’t it a rather damning indictment of the entertainment on offer?

Perhaps the most alarming aspect of the 1-0 defeat was how Spurs began a new chapter appearing more wearied than in the last. Mourinho blamed the team’s failure to press higher up the pitch on laziness. He tweaked his formation at various points throughout the second half but sparked no response. The quartet of Kane, Alli, Son Heung-min and Lucas Moura is blunt and, statistically, desperately short on goals.

During the short period of respite over the past month, Spurs’ Amazon All Or Nothing documentary applied a glossy veneer to Mourinho’s short time in charge. The charm and charisma, mischief and doggedness he’s attempting to imbue on his players.

But when that was suddenly stripped back and only the football remained, it all felt a little bare and benign, devoid of ego or personality, freedom or expression.

In Diego Torres’ biography of Mourinho, he claims the manager lives by the ideal that “whoever has the ball has fear”. And duly, during Spurs’ 3-0 win against Leicester just two months ago, they had 29 percent possession, and produced one of their best performances all season. Yesterday, Spurs had over 50 percent, possession, passed without pattern and creativity, and completed just five dribbles in contrast to Everton’s 18. They are always sharp on the counter-attack, but desperately short of imagination otherwise – a hole left by Christian Eriksen that Tanguy Ndombele, nor anybody else, has yet been able to fulfil. 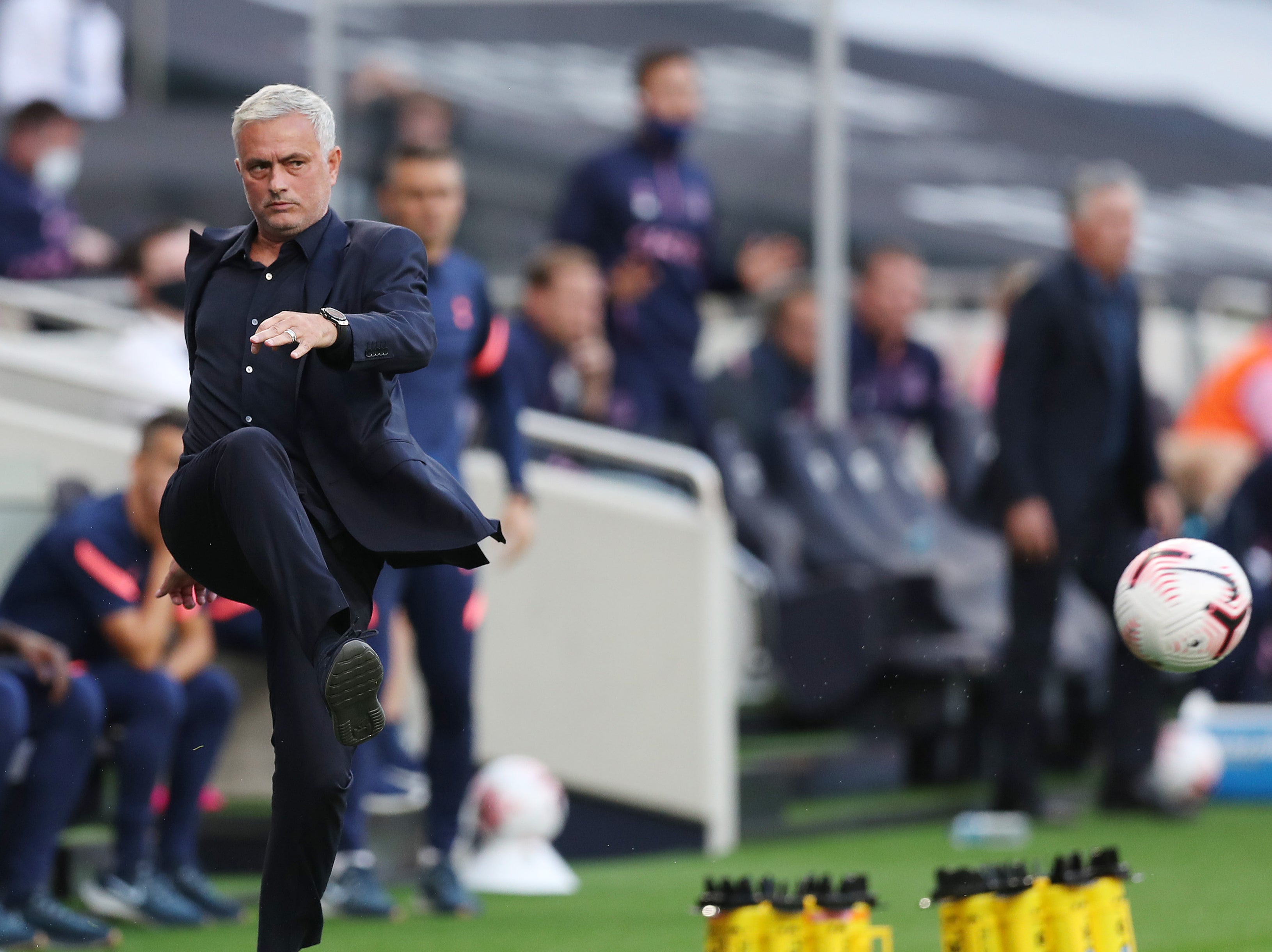 Yes, patience is still needed. Brick-by-brick. Rome wasn’t built in a day and all other matter of cliches. But the empire Mourinho is designing still seems to be in a state of planning rather than meticulous construction. It’s not fair to make direct comparisons with Mikel Areta, but on the pitch in a similar amount of time, Arsenal’s identity feels so much more defined – even if that is no guaranteed measure of success.

As a second season merges into a never-ending first, on this solitary piece of evidence, Spurs felt flatly uninspired. They played, ran, and fought like it, too.

Perhaps this is all part of the necessary sacrifice for the sake of results, at least so we are told. Drops of blood and joy offered in return for points. Mourinho has always been clear that his intention is to be a winner, not an entertainer. That is the selling point Daniel Levy subscribed to and one that, if it should materialise, will vindicate any such dips into mundanity along the way.

But in the meantime, as Everton embark into their own new dawn, with their own decorated manager, Spurs are yet to truly step out from the dusk.

This may only be the very beginning, but if those trophies remain distant, if performances stay drained of colour, patience will eventually start to erode. If this was a peek into the future, it feels no more exciting than the past.