Home » Unai Emery's Arsenal signings: Where are they now? 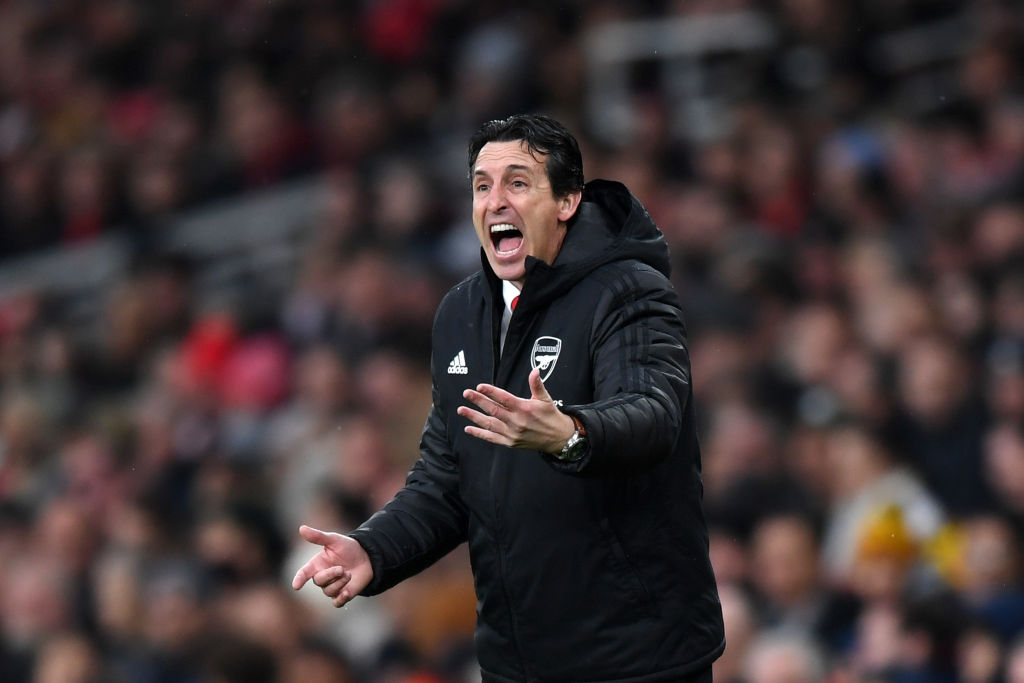 Unai Emery’s short reign at Arsenal came to a bitter end in November 2019 and his successor, Mikel Arteta, was tasked with cleaning up the mess that was left behind. On Thursday, 17 months after his departure, Emery faces his old club for the first time in a crunch European semi-final, with not only a shot at silverware on the line, but an opportunity for redemption.

Replacing the iconic Arsene Wenger at the Emirates proved to be a job too big for Emery, who confused his detached squad with convoluted and contradictory tactical instructions, which seemed to change from week to week.

After missing out on a top-four spot by a point and then losing to Chelsea in the Europa League final, Gunners supporters quickly turned on the former Sevilla boss in the early stages of his second season in charge, and before the new year, Arteta had taken over.

Emery was given a rather modest budget in his first summer, with the likes of Lucas Torreira, Bernd Leno and Sokratis the ‘marquee’ arrivals, while promising youngster Matteo Guendouzi was snapped up along with experienced right-back Stephan Lichtsteiner.

Despite missing out on Champions League football in the 2018/19 campaign, the Gunners splashed out £72million to sign Nicolas Pepe from Lille – although Emery specifically wanted Crystal Palace’s Wilfried Zaha – as well as William Saliba, Kieran Tierney, Gabriel Martinelli, David Luiz and Dani Ceballos on loan.

Arsenal have shown little improvement since Emery left, and the current Villarreal boss will be keen to prove to his former employers that they acted too hastily when his new side host the north Londoners in the first leg of their Europa League semi-final tie on Thursday.

Ahead of that crunch meeting, Metro.co.uk take a look at how Emery’s Arsenal signings have fared.

Kieran Tierney and Gabriel Martinelli are the standout success stories, with both establishing themselves as valuable members of the squad over their time at the Emirates so far.

Scotland international left-back Tierney has already been given the label of future captain by club legends including Ian Wright, Tony Adams, and even Arteta himself, largely owing to the ferocity and passion he displays on the pitch.

Martinelli, meanwhile, exploded onto the scene as a teenager in his first season in north London, and while he has found his second year in north London more challenging due to injuries, he still qualifies as one of the club’s future stars.

This time last year, Bernd Leno was being hailed as a hero for constantly getting his error-prone defenders out of trouble with a number of spectacular saves.

However, fast forward 12 months, and the narrative surrounding Leno has significantly shifted following a number of costly, high-profile errors including a howler in last Friday’s defeat to Everton.

Leno narrowly held onto his No.1 jersey despite stiff competition from long-serving backup goalkeeper Emiliano Martinez, who is flourishing at Aston Villa following his summer move, with many feeling the Gunners made a mistake in selling the Argentine.

David Luiz is another who divides opinion given his all too frequent lapses of concentration. Overall, the experienced Brazilian has added some solid depth in the centre-back position and played a vital role in both Emery and Arteta’s quests to play out from the back.

Real Madrid loanee Dani Ceballos has somewhat flattered to deceive since arriving from the Bernabeu in the summer of 2019.

Though he has shown his fine ability on the ball in flashes, the Spaniard has struggled to adapt to the rough and tumble of the Premier League and although he has featured regularly, the midfielder looks set to return to parent club Madrid this summer.

All three of Lucas Torreira, Matteo Guendouzi and William Saliba have suffered the same fate under Arteta – banished from the club and sent out on loan.

Saliba’s Arsenal struggles can’t be attributed in any part to Emery. Although the 20-year-old centre-back was signed from Saint-Etienne for £27m in the summer of 2019, he was immediately loaned back to the Ligue 1 club for the following campaign.

When the France Under-20 international finally arrived at the Emirates at the start of the current campaign, he clearly wasn’t at the level Arteta expected, and he failed to make a single first-team appearance before being shipped back out on loan to France with Nice in January.

The youngster may yet get his chance next term, but comments like ‘he [Arteta] judged me on two-and-a-half games’ may not help his cause.

Lucas Torreira initially impressed in his first season at the Emirates, with standout performances including in a 4-2 north London derby victory, which earned him the adulation of the fanbase.

But the Uruguayan’s technical and physical limitations became abundantly clear, while Emery deploying the defensive midfielder as a No.10 didn’t particularly help.

Torreira was another that failed the Arteta eye test and has spent the season on loan at Atletico Madrid, where his game time has been limited.

In an emotional plea to Arsenal, the midfielder declared that he wants to return to South America with Argentine side Boca Juniors following the death of his mother to coronavirus.

Another Emery signing whose future at the north London club looks unsure is Guendouzi – the rebellious 22-year-old who was frozen out and consequently sent to Hertha Berlin at the beginning of the season.

The Frenchman arrived at Arsenal with truckloads of raw talent, which saw him quickly become a regular in midfield under Emery.

But when Arteta arrived, Guendouzi was used more sparingly, and after grabbing Neal Maupay by the neck following a heated altercation with the Brighton striker on the pitch last year, he was completely sidelined at the Emirates.

While Guendouzi is impressing during his loan spell at Hertha, the Bundesliga club’s sporting director Arne Friedrich describing him as a ‘great professional’ recently, his future will likely hinge on whether he can earn back his manager’s trust.

Stephan Lichtsteiner and Denis Suarez’s Arsenal careers could be best described as a flash in the pan – if the flash was little more than a minuscule flicker of light.

Suarez joined on a short-term loan move from Barcelona in January 2019 and made a miserable six substitute appearances – totaling 95 minutes – before returning to Spain with his tail between his legs.

Meanwhile, a 34-year-old Lichtsteiner made a similarly microscopic impact for the Gunners after being snapped up on a free transfer in June 2018, making 23 appearances before being let go after just one season.

Former Borussia Dortmund defender and Greece international Sokratis featured more regularly for the Gunners but fell way down the pecking order when Arteta arrived, and had his contract terminated in January 2021.

Addressing the members of his former squad ahead of Thursday’s clash, Emery told UEFA.com: ‘There are a lot of players that are still there, players who started their careers with me as their coach.

‘I always tell this little anecdote about Bukayo Saka. He made his [Premier League] debut on 1 January [2019] against Fulham, which I remember we won 4-1. I think it kicked off at 12:30, and he played the last eight to ten minutes and didn’t touch the ball. Now he’s establishing himself at a high level.

‘Many of the players I coached [are still at Arsenal]. I have fond memories of them: Héctor Bellerín, [Calum] Chambers, [Rob] Holding: exceptional guys; [Mohamed] Elneny, who is an extraordinary player and an extraordinary person.

‘They have [Alexandre] Lacazette, [Pierre-Emerick] Aubameyang, [Gabriel] Martinelli, who is becoming more important now after a serious injury.

‘[Nicolas] Pépé is also an important player, who I think is settling and getting more and more confident.

‘Then you have the younger players such as [Emile] Smith Rowe. Smith Rowe played the pre-season with us at the age of 17, and he has gradually grown after loan spells away. You also have [Bernd] Leno, who is a great goalkeeper and good with his feet. He has significant experience.’