Unai Emery has lifted the lid on why he favoured a move for Wilfried Zaha instead of Nicolas Pepe in his ill-fated spell as Arsenal manager.

Zaha recently revealed just how close he was to joining the Gunners when Emery was boss, only for them to turn to Nicolas Pepe in a £72m transfer from Lille in 2019.

Pepe has struggled to maintain a consistent level since arriving in the Premier League while Zaha is still at Crystal Palace, playing a key role. 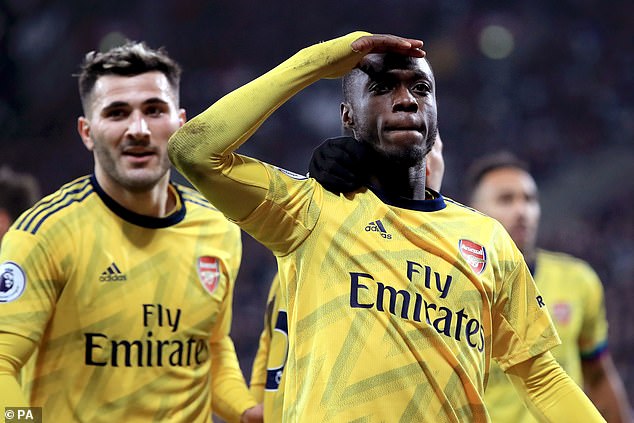 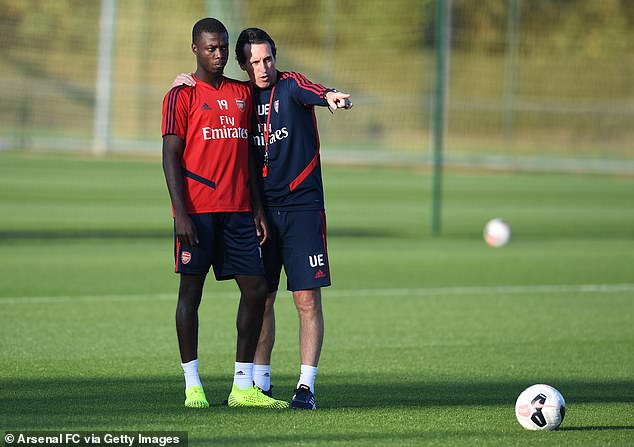 And it is Zaha’s proven Premier League record that meant if it was solely up to Emery, he would have signed the Eagles talisman.

‘I usually want to sign first the players I know there,’ Emery told Football London. ‘When we played against Crystal Palace, Zaha showed he was a very good player.

‘I also think Nicolas Pepe is a very good player. When you make the decision you have to decide how easy the adaption will be of some players.

‘I was thinking at this time that the adaption of Zaha was probably easier and faster than Pepe.’ 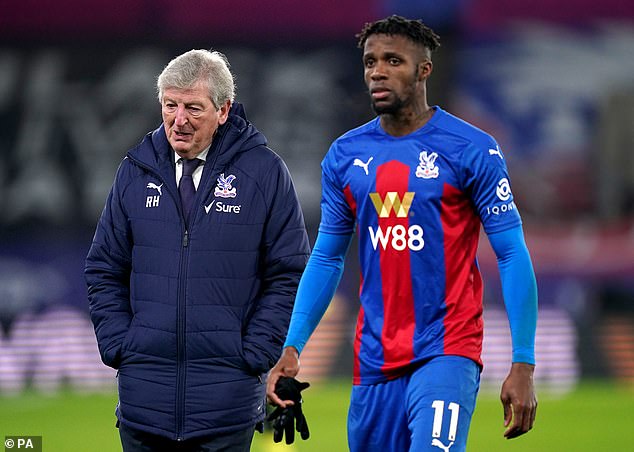 Zaha is still at Crystal Palace, playing a central role in the team under Roy Hodgson’s guidance

Emery’s successor, Mikel Arteta, has underlined his desire to get the best out of Pepe in the coming weeks and months.

‘We need to help him to (succeed),’ Arteta said after Arsenal’s 2-0 win against Newcastle in the FA Cup. ‘In order to do that he needs minutes, he needs consistency in the team and when he has that, he needs to show he is capable of doing it. Let’s see how the next few months develop.’

Pepe has made 23 appearances this season, scoring five goals.