Concerns over the condition and safety of the Wembley Stadium pitch have prompted UEFA to step in and start working with Tottenham and the Football Association ahead of next week’s Champions League clash.

UEFA now want to ensure the pitch is in good enough condition for the game against PSV. 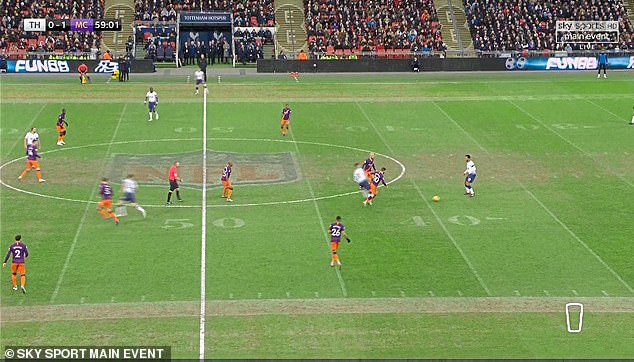 European football’s governing body confirmed in a statement on Tuesday night: ‘UEFA is closely monitoring the situation at Wembley and working with the club, the FA and management of the stadium, to guarantee safe playing conditions for the Champions League match.’

The Wembley groundsmen, however, are not prepared to wash over the surface as they believe it could cause damage to the grass. Instead, they are prioritising the ‘playability’ of the pitch ahead of the aesthetic look. 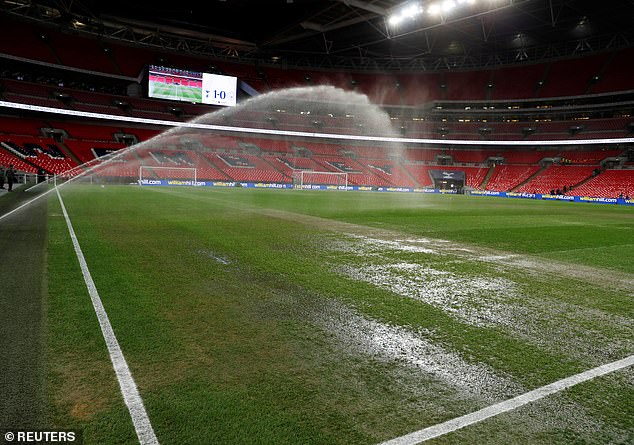 The staff are understood to be frustrated by the negative publicity that has surrounded the pitch after they made it clear to Tottenham that the pitch risked being damaged for the match against City when the club asked for the fixture to be played at the national stadium.

Wembley groundstaff had an initial plan in place for the pitch for the latter part of the calendar year but the insertion of extra Tottenham fixtures – in addition to one more NFL game that was intended to be played at Tottenham’s new stadium – has placed extra strain on a pitch that also hosted Anthony Joshua’s world-title fight last month.

On that occasion, groundstaff needed to place ‘breathable’ plastic sheets over the pitch for the boxing ring and this is why the surface appeared brown when Barcelona visited Tottenham in the Champions League in the days that followed the fight.

City midfielder Bernardo Silva said of the Wembley pitch: ‘It was a bit complicated. Everyone knew how the pitch was. The conditions were not even close to perfect.’ 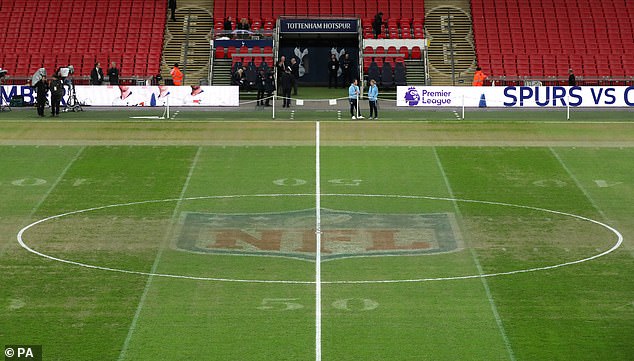