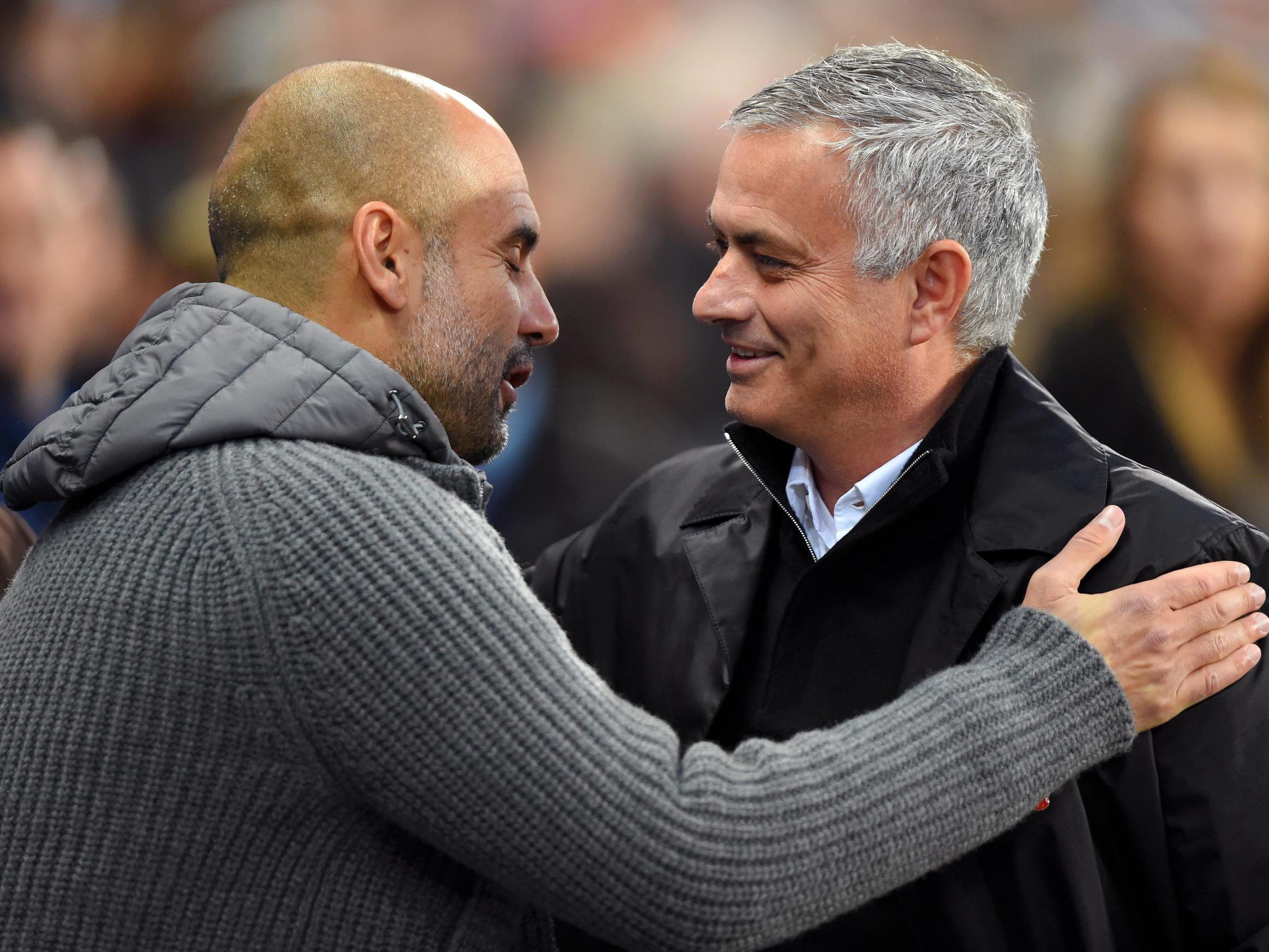 It’s been a while since Mourinho has enjoyed that vantage point over Guardiola. Of the six times they have been in the same domestic league, Mourinho has only finished ahead of the Catalan once. That was 2011-12.

As fast as the last few weeks might have moved, they come in an era where the order of this rivalry has generally been fixed. It might even be an exaggeration to call it a rivalry. That isn’t even because it’s been so one-sided. It’s because both personify key steps in the wider evolution of the game. They are, really, almost successors.

Mourinho marked a transformation of the sport in 2004, but Guardiola did that to an even greater degree in 2008. His appointment at Barcelona was a genuine landmark for football, due to its many ripple effects, but also a landmark for Mourinho’s career. It rendered his way of playing second-rate. Defensive “control” and countering were the past. Proactive possession and pressing were the future. Evolve or fall behind. Some, like Jurgen Klopp, did the former so successfully that have forced Guardiola to adapt.

The evolution of football is in a constant cycle in that way. It’s also possible, mind, for that cycle to have breaks.

Nothing will do that like a global pandemic. There is a fair argument that the Covid crisis has distorted football, so its usual realities don’t apply to the same level.

One of the major reasons Liverpool and City have enjoyed such ludicrously high points returns over the past few seasons is because they have been able to apply the most modern football, to the maximum degree, in the most amenable settings. This doesn’t look so possible this season, and there are likely to be significant drop-offs.

This is one other reason Mourinho himself can be so content, as he has looked of late, and confident. There is opportunity there. His approach still has enough good principles that it can post good points returns, that this season he won’t be so far behind.

Within these wider cycles of the games are the cycles of managers and teams.

Mourinho finds himself at the start of one with Spurs, with everything that entails. It means the players are broadly captivated by his tactical mind and charisma. Some love him. There’s a freshness.

That has come across in some of their wins, even those where they haven’t been at their best – like against West Brom or Brighton. Spurs have maintained a resilience

Guardiola finds himself at the end of one with City, with everything that entails. His 2017-19 title-winning team probably needs to be replenished, in that classic way Sir Alex Ferguson made his great virtue. Some of the core have already faded, other players are just naturally fatigued by the manager’s intensity.

That has been seen in some flatter performances, and so many draws. City as a whole just haven’t had anything like the focus of two years ago. They have no longer felt a team to be feared.

After referencing Ferguson, it’s worth recalling what he said about the uncertainty surrounding his first planned retirement in 2001.

“The moment I made the announcement specifying the date of my departure, I knew I had made an error,” the Manchester United great wrote in his second autobiography. “When the team thought I would be leaving, they slackened off. A constant tactic of mine was always to have my players on the edge, to keep them thinking it was always a matter of life and death. The must-win approach. I took my eye off the ball… It’s human nature, in those circumstances, to relax a bit, and to say: ‘I’m not going to be here next year.’ United were so used to me being around it wasn’t clear what the next chapter was going to be. And it was a mistake. I knew that by the previous October in 2000. By that stage I was wanting the season to be over with. I couldn’t enjoy it. I cursed myself: ‘I’ve been stupid. Why did I even mention it?’ There wasn’t the same performance level on the pitch.”

Much of this feels like it can be applied to City. Some of their players did feel Guardiola could leave. The Catalan may have insisted they wanted to perform to the maximum, and that can still be true at the same time there is a subconscious slackening.

Now, that certainty has returned. Everyone knows what’s next. The task for Guardiola will be to build another title-winning side.

The task for Mourinho will be to prove his is a title-challenging team. That is why this meeting at the new White Hart Lane is something of a “cards on the table game”.

Spurs have generally been good, and certainly got good results, but there has been a growing sense they have been getting away with it of late. They must show that is merely a top team rising to it when playing badly, rather than one starting to regress to their level. Nothing would prove the former like a win over City, especially ahead of a hugely challenging run. After this, Spurs face Chelsea, Arsenal, Liverpool and Leicester City in five of their next six games.

City meanwhile can’t afford another draw or more dropped points. They are still in the bottom half of the table. While that has the feeling it is just a freakish position due the season still levelling out, more bad results mean it will become the norm.

They need a spark, and the new contract may bring that. Ferguson noticed an immediate urgency about his team when he went back on his decision to retire in 2002.

That’s how quickly the game can change. That might yet charge this consequential fixture.