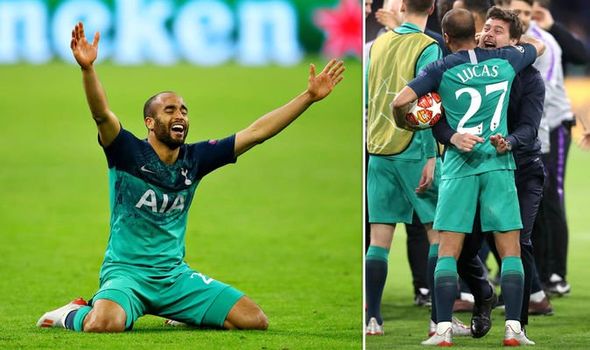 Tottenham won the game 3-2 after a superb hat-trick from Moura, but they didn’t get off to the best of starts at the Johan Cruijff ArenA on Wednesday night.

Pochettino’s men came into the game in Amsterdam trailing 1-0 from the first leg and Ajax’s captain Matthijs de Ligt made things worse for the North London club when he scored after just five minutes.

Ajax winger Hakim Ziyech then doubled the Dutch club’s lead with a fabulous first-time strike from a pass from ex-Southampton winger Dusan Tadic.

However, a rousing speech from Mauricio Pochettino at the break had an impact on Moura and his team-mates as they would go on to win the clash on away goals as the tie finished 3-3 on aggregate.

In the changing room, the gaffer said we need to score one goal

The 26-year-old Brazilian admitted after each shot found the back of the net he believed it was possible to win the game.

“In the changing room, the gaffer said we need to score one goal,” Moura said to Spurs TV.

“If we score one goal we are in the game and when I scored the first, it gave us a lot of motivation to keep working and to keep fighting.

“After the second one, that’s football, everything is possible and we needed to believe. 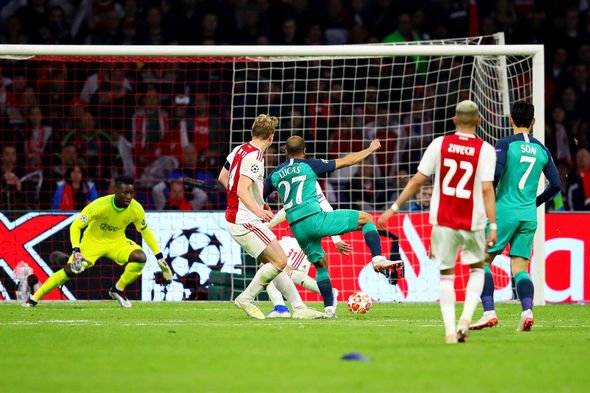 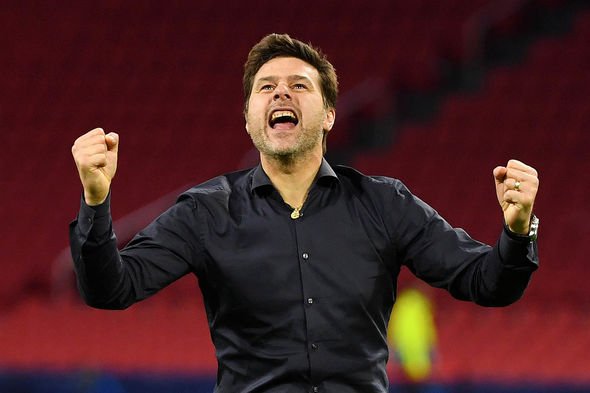 “I always say that we need to believe and I believed.

Moura’s goal in the 95th minute sealed Tottenham’s victory on the night and setup an all-English Champions League final in Madrid.

Tottenham will face Liverpool on June 1, with the Reds likely to be tipped as favourites.

Liverpool have already beaten Spurs twice in the Premier League this season, winning both game 2-1.

And the Reds produced their own stunning comeback against Barcelona on Tuesday night when they scored four goals to overturn a 3-0 loss in the first leg. 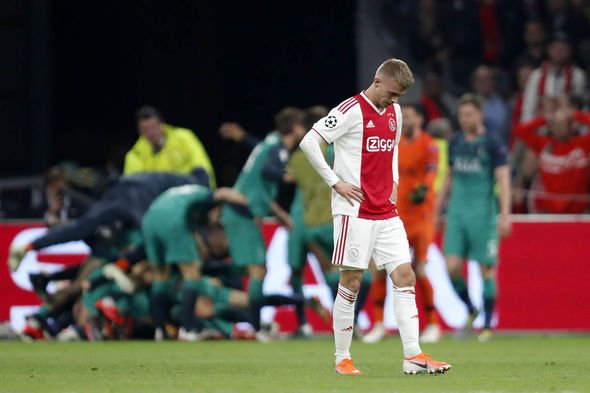 As for Pochettino, the Argentine took the opportunity after the game to praise his players for their heroic performance against Ajax.

“It’s still difficult to talk, the emotion is amazing,” he said on BT Sport.

“Thank you football, thank you these guys, these players are my heroes.

“I told you in the last year, I told everyone that we have a group of players who are heroes.

“They showed today. The second half was amazing.

“Thank you to the people who believed and helped us achieve this amazing moment. It’s difficult to describe.”