Tottenham have jetted out to Holland ahead of Wednesday evening’s Group B clash with PSV in the Champions League.

The Tottenham squad were seen boarding their flight on Tuesday afternoon and are due to touch down in Holland later this evening.

Mauricio Pochettino’s men will be eager to pick up any kind of a result on the road, having failed to register a single point from their opening two group games. 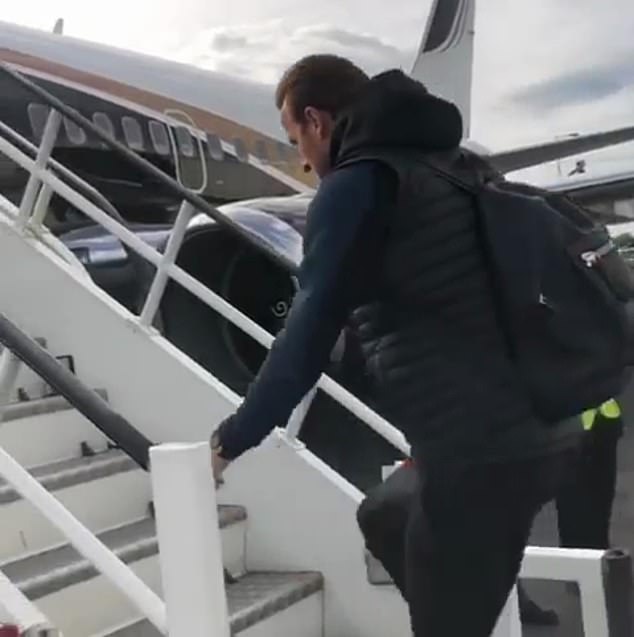 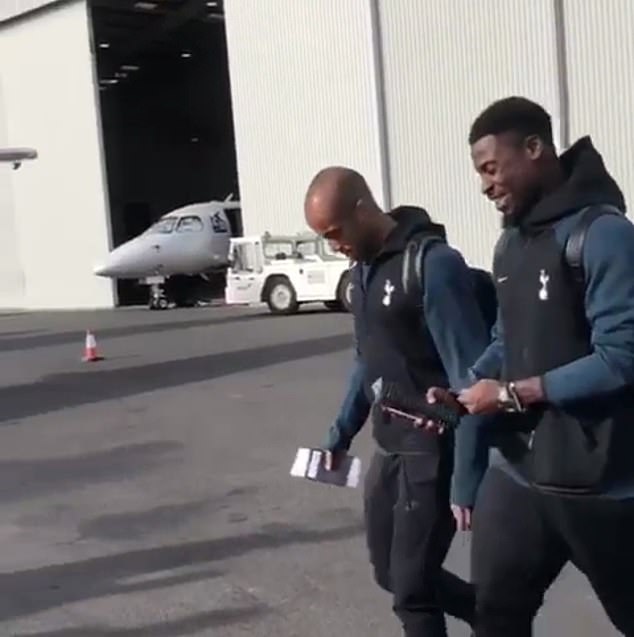 Serge Aurier (R) pictured sharing a joke with Lucas Moura, who has his passport in his hand

A late comeback from Inter Milan meant Spurs walked away from the San Siro empty handed last month before a Lionel Messi masterclass at Wembley saw Barcelona claim a 4-2 win.

While a third consecutive defeat in the competition would see Spurs cut adrift in the group with Barca and Inter taking maximum points so far.

The winner of their clash on Wednesday will effectively put one foot into the knockout rounds, while Tottenham and PSV are battling it out for a chance of qualification.

The match in Eindhoven represents just the third time these two sides have met – Tottenham and PSV both have on win each from those previous two.

The new store, which measures at 23,000 square feet, will come under the branding of the ‘Tottenham Experience’ and will allow fans to buy not only Spurs merchandise, but NFL, too.

The store doubles up as an auditorium which will host pre and post-match events in its 100-seater venue, complete with 36 screens sprawled across the walls. 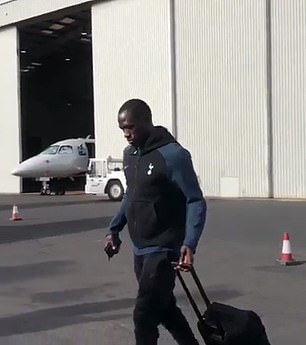 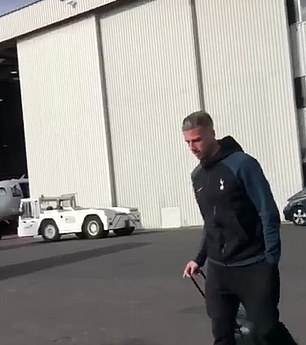 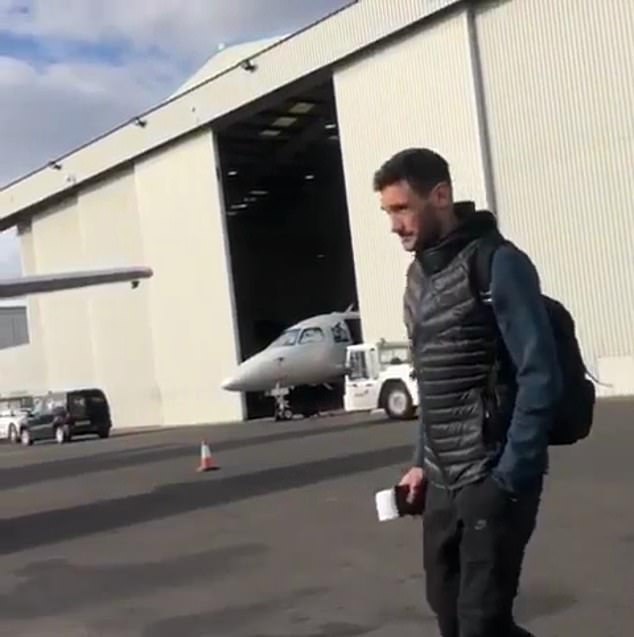