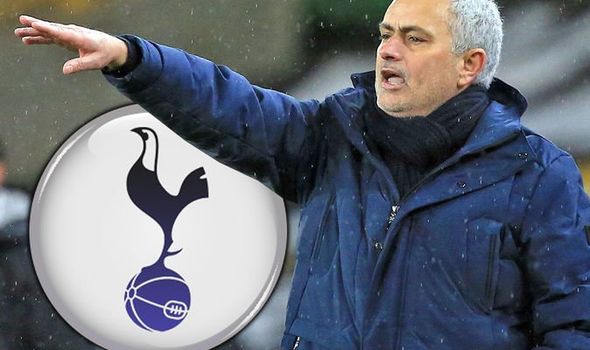 Tottenham boss Jose Mourinho says it would be a “big surprise” if Spurs made any new signings this month. Tottenham currently sit seventh in the Premier League table after 15 games of the campaign. But victory in their game in hand could propel them into the top four.

They also re-signed Gareth Bale on loan from Real Madrid, as well as buying left-back Sergio Reguilon from the same club.

But Mourinho is not expecting any further additions this month.

Speaking at his press conference today, Mourinho said: “I’m not expecting, no.

“Times are not easy. The club made a big effort in the summer to try and build a good squad.

“Honestly, if something good happened for us, it would be a big surprise for me.”

Tottenham had their home match against Fulham on Wednesday postponed following a coronavirus outbreak in the visitors’ camp.

Mourinho made his feelings clear on social media that he was unhappy the game wasn’t called off until less than four hours before kick off.

And today he has admitted he felt “unprofessional” during the uncertainty of whether the match will go ahead.

“I don’t want to speak too much about it,” Mourinho said.

“Just to say that I felt unprofessional, but that’s the way it was.”