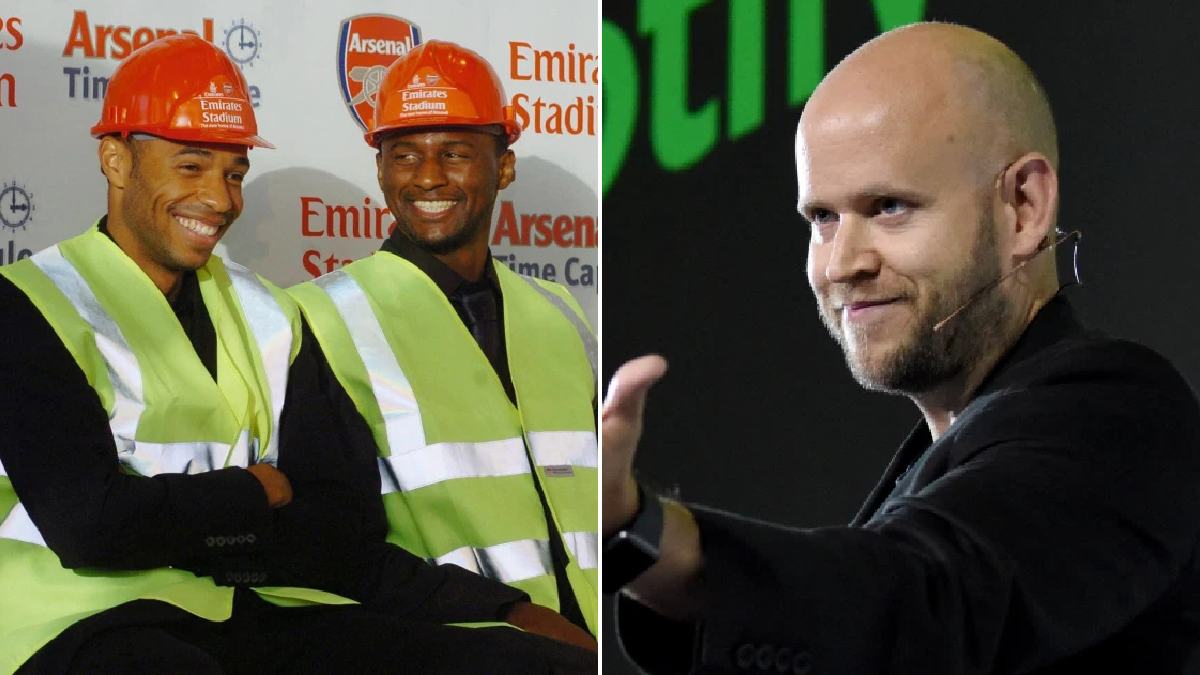 Spotify founder Daniel Ek has recruited three Arsenal legends as he prepares to try and buy the club from under-pressure owner Stan Kroenke, according to reports.

While fans were protesting against their American billionaire’s running of the club on Friday, Ek – who is estimated by Forbes to be worth £3.4billion – made a declaration on Twitter that he was interested in taking over the Gunners.

‘As a kid growing up, I’ve cheered for Arsenal as long as I can remember,’ the Swedish entrepreneur wrote. ‘If KSE would like to sell Arsenal I’d be happy to throw my hat in the ring.’

Far from merely throwing his hat in the ring, Ek now appears to be ramping up his takeover bid and, according to The Telegraph, has teamed up with three former Invincibles to help him.

Thierry Henry, Dennis Bergkamp and Patrick Vieira are all working with Ek on his bid to take control of Arsenal, and the trio could also be handed roles at the club if the move is successful.

All three Arsenal legends have expressed desires to return to north London in the past and the Spotify CEO feels their knowledge of the club and fan-base is ‘invaluable’ to his plans.

A formal offer is expected imminently, though Josh Kroenke, who is a director at Arsenal, made it clear at a fans’ forum last week that KSE have no intention of selling the club.

Henry, Arsenal’s record scorer, was critical of Kroenke’s ownership of the club over the weekend and their descent down the table, with the side potentially missing out on European qualification this season, and says he hardly recognises the Gunners anymore.

‘This club belongs to the fans, I love the club and I will support the club until I die, but I do not recognise my club and what happened just now, with them trying to join a league that would have been closed, makes no sense to me,’ the Frenchman told The Telegraph, criticising their decision to sign up to the European Super League.

‘They have been running the club like a company, not a football club, and they showed their hand. Maybe it’s a lack of understanding of the core football values and maybe the money was too big of a temptation. But whatever it was, they got it wrong. Badly wrong.’