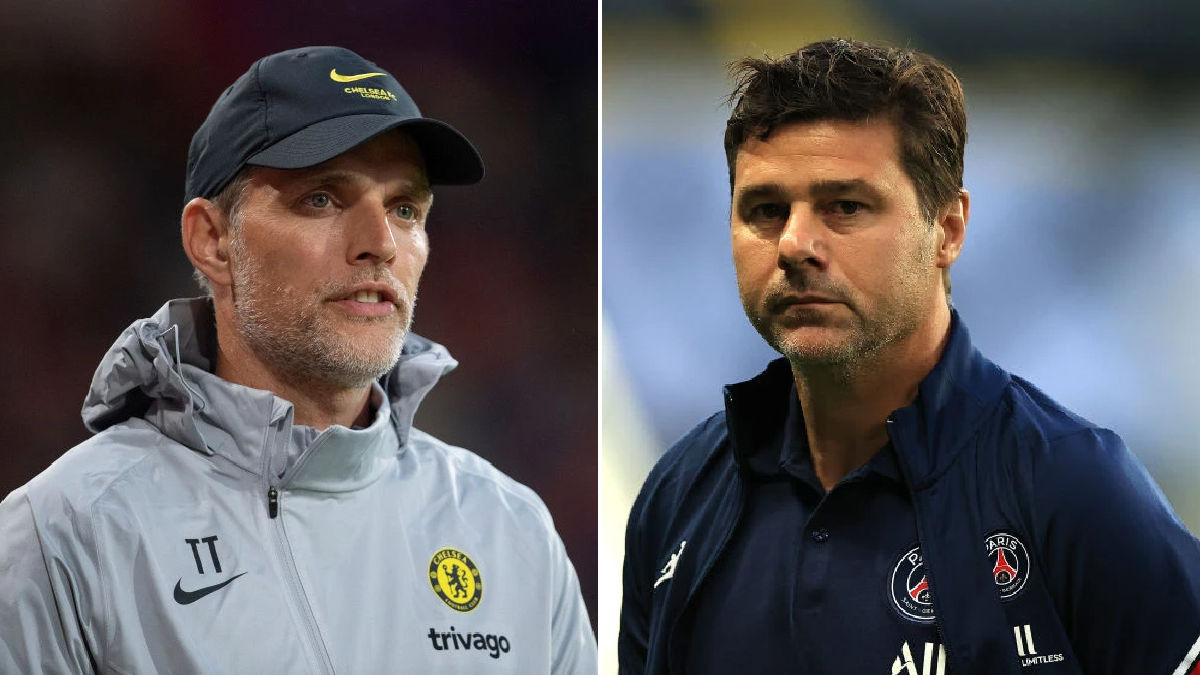 Thomas Tuchel says he paid no attention to suggestions that his Chelsea side are too defensive and always puts his team out to score goals after they thumped Juventus 4-0 on Tuesday night.

The Champions League holders put the Italian giants to the sword with a dominant display at Stamford Bridge, with academy graduates Trevoh Chalobah, Reece James and Callum Hudson-Odoi all netting before Timo Werner grabbed a goal late on.

Although only four teams have netted more goals than Chelsea in this year’s competition, it is their defensive record which has really stood out, keeping four clean sheets and conceding just once.

They have also only let in four goals in the Premier League, which prompted Paris Saint-Germain boss Mauricio Pochettino – whose side have been rather more porous – to describe them in somewhat unflattering terms.

‘Chelsea have a defensive team,’ said the Argentine coach – who is being linked with the Manchester United job – when asked about his own side’s frailties. ‘They play in transition and on the counter.’

But Tuchel rejected that description of his team, insisting he puts as much emphasis on attacking as defending, and played down suggestions the big win over Juventus has silenced any critics of Chelsea’s style of play.

Asked if it was frustrating to hear Chelsea described as defensive, and whether that tag has now been disproved, Tuchel replied: ‘I don’t listen too much to what people say about us.

‘I feel into my team and I feel into our staff with what we feel comfortable [with] and I felt from day one very brave in our approach to defending.

‘We had instantly a lot of ball possession always so from there we tried to create chances and to be dangerous.

‘Then comes a new season and we try to recreate it. The group is a bit new and things are like this, in some moments things come a bit easier and you catch momentum. This is clearly the case now and full credit to the guys.

‘But we are not so worried about what people say about us. We want to be strong in all parts of this game. It is a very complex game: some moments you have to defend strong and some you find the spaces to attack a bit easier than in other moments.

‘It is so complex and we do this together. It stays a team effort and this is the outstanding characteristic of this team. It is a strong group, it is a determined group, it is a hungry group, and it’s a pleasure to coach them.

‘So full credit to them and from here we go. There is no need to get carried away, but we can enjoy the moment and we want to continue.’