The fallout from the failed launch of the Super League has dominated headlines all week. It’s dominated talk in Premier League dressing rooms, too. And, as Thomas Tuchel honestly admits, it proved to be a damaging distraction on the field for Chelsea as well.

The Blues boss was open and candid in an exclusive interview with Sky Sports, where he explained the confusion caused by the scheme – and the anger it had sparked in Chelsea fans who protested outside Stamford Bridge on Tuesday – had affected him before, during, and after the goalless draw with Brighton.

Tuchel revealed he decided to switch off from media in the following days, in a bid to separate himself from the debate and discussions about the Super League and refocus on football and Chelsea’s crunch clash with top-four rivals West Ham this Saturday evening.

“We had several talks [with the players] about it between Sunday and Tuesday, honestly, which I don’t know if it helped or if it did not help in the end but I arrived in the stadium in a strange mix of feelings,” he said.

“I was a bit annoyed, I was a bit angry, I was impatient, I was absolutely not focused like I normally am on match days.

“So I decided not to speak again with the team [about the Super League after Tuesday]. We did a normal post-match talk with them like usual but now I feel like everybody has the possibility to focus like normal on a big match, which is absolutely necessary, and from here, on we go.”

However, Chelsea’s coach and players will be well aware of their fans’ support from afar as they negotiate a brutal but exciting run-in, with a top-four battle and Champions League semi-final with Real Madrid coming up, as well as that Wembley showdown with Leicester.

It’s a testing time for players mentally and physically, with crucial games coming thick and fast, but Tuchel says the environment at Chelsea’s training ground has the players prepared to deliver in decisive matches – and besides, it comes with the territory of playing for a club such as Chelsea.

“I feel strongly that the more experienced guys here really love it, because they’re more used to it, to be long in several competitions and fight for semi-finals and finals and fight until the last minute in the Premier League,” he said.

“The young players, they can be happy to have the privilege to be in a club and fight and they have to adapt, there’s no other way. We cannot protect them from feeling the pressure because the pressure is always on if you play for Chelsea. It’s a nice thing and a thing to embrace for them, and this is how I feel it.

“How do we prepare them? I strongly believe we prepare them on a daily basis, how we work together, how we interact together, [create] a positive atmosphere to encourage everybody. And don’t forget, we have very positive experiences now together in crucial moments, in big matches where we were very strong, where we had positive results, so we have an inner belief with which we arrive against West Ham.” 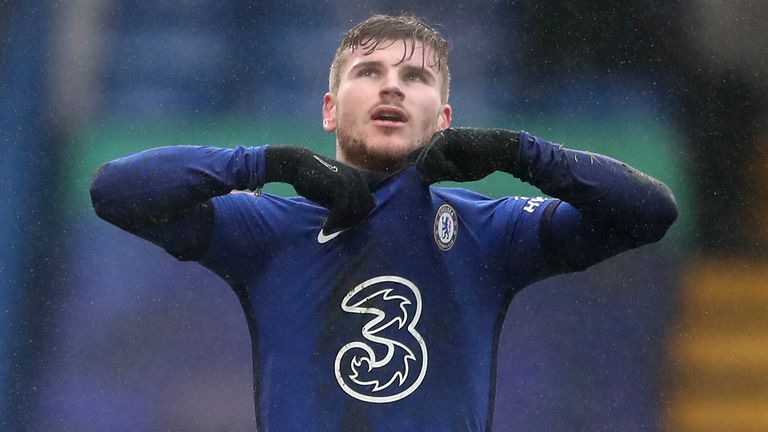 Indeed, Chelsea have so far coped impressively with the challenge, with the club losing just two of the 20 games Tuchel has been in charge of since replacing Frank Lampard.

That success has been built on re-found defensive foundations, with Chelsea racking up 15 clean sheets in 20 games, the best record of any major European side during that period.

But at the other end of the pitch, there is room for improvement. There have been just 17 goals in 13 Premier League games, and while Timo Werner’s struggles during his first season at the club have been well documented, across the board Chelsea’s players have been below par when it comes to finding the net.

Jorginho, Mason Mount, and Tammy Abraham are their joint-top scorers in the Premier League with six goals. It’s a total nowhere near enough for a side with the ambitions of Chelsea.

While Abraham’s absence continues to be a topic of debate among supporters, Tuchel insists he would welcome a goal-scoring run from the England man, or any of his forwards, to boost their chances during these key final weeks of the campaign. The German was quite clear in his message to his forwards: you must score more.

“Tammy had a very good training week and he’s very welcome to show his quality,” said Tuchel. “We need more goals and we rely on anybody and we want to trust anybody who is capable of scoring.

“But you just need to read the numbers, our top scorers have six goals. This is clearly not enough for the demands, the expectations and the targets Chelsea football club has and what we demand.

“I say this without any anger and without being rude to any of the offensive guys, I think they’re very well aware of it. But when we put the goalkeeper in goal for Chelsea we expect him to have a clean sheet. When we let the defenders play, we expect them to produce clean sheets and the best possible outcome straight away. And this is what we expect from the midfielders, we expect passing percentage, we expect the rhythm of the game. And when we put strikers in we expect goals and assists and nothing else.

“This is one of the most challenging clubs in European football, and if the challenge is on you simply need to accept that we didn’t produce the kind of numbers that we expect from our strikers. This explains a little bit the situation in which we are. We don’t struggle to have touches in the opponent’s box, we do not struggle to produce Expected Goals but we need to improve on the conversion, this is clear. 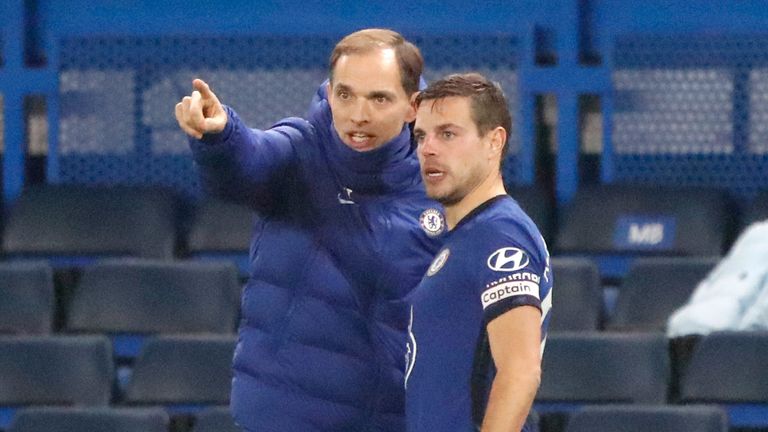 “Sometimes it’s a bit difficult for the players but I have the feeling that there is a huge game now, against a direct opponent, and that takes, very naturally, the 100 per cent focus from us.

“I did not spend one minute to analyse Real Madrid so far. I don’t even know what we need there, what type of players. I will dive into that from Sunday on.

“I don’t want to give nobody the sign we rest players. In the situation in which we arrive now, in a crucial run in the league and semi-final of Champions League and final of an FA Cup, every game matters and for difficult questions you search for the easy solution, which means putting the best team out, that you trust for this moment, and after the game you accept there’s a new challenge coming.

“If you get distracted by thinking too much up front, you just lose your focus.”

Tuchel has already experienced what that feels like this week. And he’s determined to make the same mistake again.