Home » Soccer » The Tottenham Hotspur Stadium can take Spurs to the next level, says Ian Ladyman 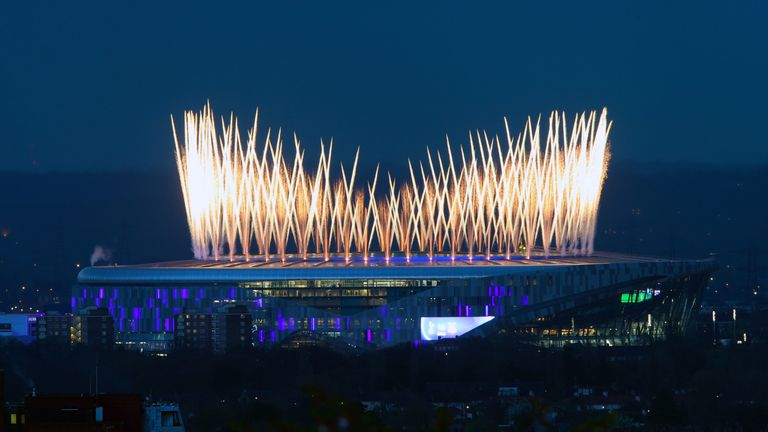 Spurs’ new stadium can take them to the ‘next level,’ football journalist Ian Ladyman told Sunday Supplement, but it must start making money quickly.

But the north London side have struggled to keep pace in the title race this season, and now find themselves in a four-way battle for a Champions League place.

“The only way Spurs can start playing and thinking like a big club is to start paying the wages to players that a really big clubs can pay,” said Ian Ladyman, football editor at the Daily Mail. “That’s what this stadium is all about, it’s about money, it’s about moving Spurs to that new level, in terms of the type of player they can attract.

“What’s important is that it funds the development and continued improvement of that team, because if they want to win the Premier League they have to spend more on transfer fees and wages.”

Injuries to key players such as Dele Alli and Christian Eriksen this season have meant Spurs’ squad has often looked thin, while Mousa Dembele left the club in January with nobody replacing him. But it is hoped that revenue generated by the new stadium will provide Mauricio Pochettino with the kind of funds that can compete with the Premier League’s richest clubs.