Manchester United forked out £50m to sign Wan-Bissaka and Zaha encouraged his former-mate mate to play ‘without fear’.

Zaha spent a short time at Old Trafford having signed from Crystal Palace in 2013.

He left to re-join the Eagles shortly after and has been part of the side that has allowed Wan-Bissaka to flourish at full-back.

The 21-year-old is United’s most expensive defender in history, but Zaha has encouraged him to simply replicate the form that earned him the move.

“When he knew that I joined he just told me to play without fear,” Wan-Bissaka told Sky Sports.

“I have come here as a new signing and he said: ‘Just play your game and do what you did last season.’

“He was happy for me. He said I deserved it and I should continue working hard and doing what I do.”

Wan-Bissaka fits the young homegrown profile that Ole Gunnar Solskjaer is looking to fill his United side with. 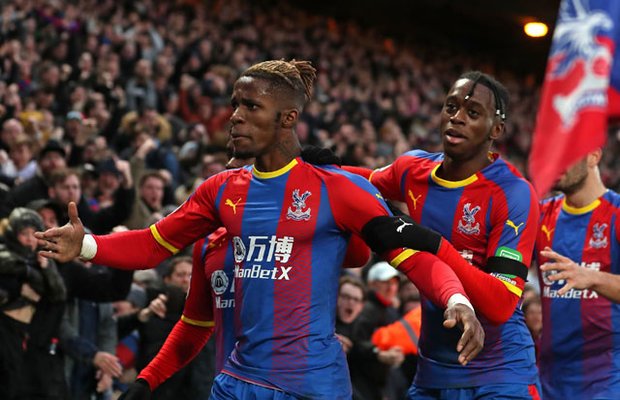 Despite Solskjaer’s admission that he would need to revamp his United squad they have been relatively quiet throughout the window.

That is a source of frustration for fans who believe two young players are not enough to bridge the huge gap to the likes of Manchester City and Liverpool.

Star man Paul Pogba could also be departing after admitting a new challenge is high on his agenda, although the club are reluctant to sell their record signing.

Sporting Lisbon star Bruno Fernandes is one central midfielder being targeted, but their pursuit of him is not affected by Pogba’s future.