Steven Gerrard has warned his Rangers players to prepare for the possibility of racist abuse from Spartak Moscow fans in Russia Thursday night.

The former England captain was coach of Liverpool’s under-19s when Nigeria-born forward Bobby Adekanye was subjected to racial chants from supporters in a UEFA Youth League tie at Spartak’s Academy stadium in September last year.

The club were found guilty by UEFA and ordered to close part of their stadium – amounting to 500 seats – and display a banner backing the governing body’s anti-discrimination campaign. 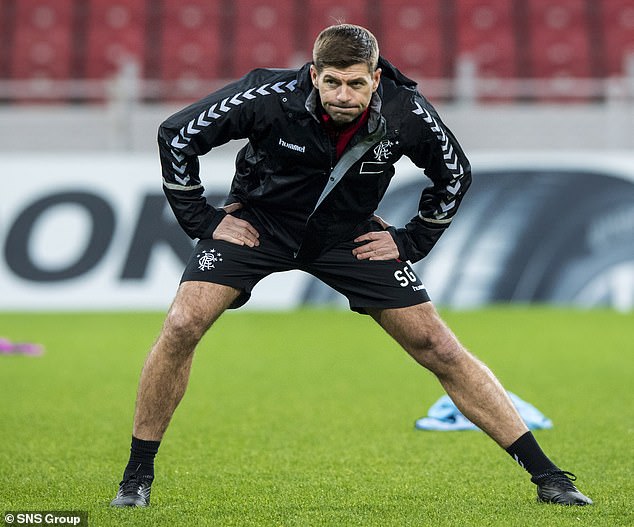 Wary of a repeat of the anguish suffered by Adekanye in Moscow, Gerrard will speak to members of his squad before their Europa League clash kicks off at the Otkritie Arena tonight. ‘Last year I brought a Liverpool under-19s team here,’ he said. ‘Any racist stuff is bad, it’s always bad.

‘I hope it doesn’t happen here, but it’s something we can’t control. I never want to experience being in the stadium and hearing it myself. I don’t want to see it in any other stadium either, but it will be something I will mention to the team.

‘I’ve had the experience 12 months ago in the same area. So I will definitely speak to the team to say I am here to support them and we will deal with it if or when it happens. Let’s hope it doesn’t.’ 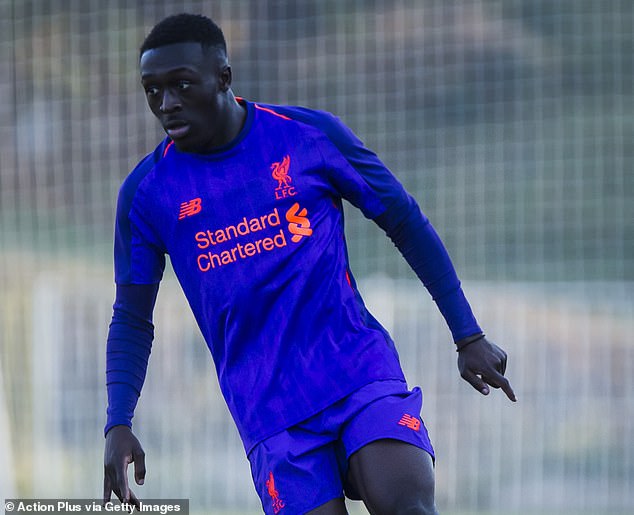 Insisting the Rangers players will rise above any potential abus, defender Connor Goldson said: ‘It won’t be an issue for me. It’s obviously something you don’t want to hear at any stadium in the world.

‘They (Spartak) have black players in their team, so it would be a shame to hear it from their fans.

‘At the end of the day it’s a game of football, and I’m just here to play 90 minutes of football and get a positive result for Rangers.

‘You have to rise above these things. It’s a poor mentality. It’s an uneducated mentality.’

With Rangers top of the group at the halfway stage, the pressure is on Spartak need to beat them to have any chance of progressing to the last-32.

Gerrard will be without winger Ryan Kent and striker Kyle Lafferty through injury.

On-loan Liverpool player Kent has a hamstring problem and won’t feature until after the international break.

‘It was at the end of the game against St Mirren,’ said Gerrard. ‘He’s never had a muscle injury before. He wasn’t sure if it was fatigue or a hamstring issue. We’ve had it checked out and it’s an issue so it’s a big blow for him and us.

‘Kyle has an issue in his quad muscle so unfortunately he hasn’t made it here.’ 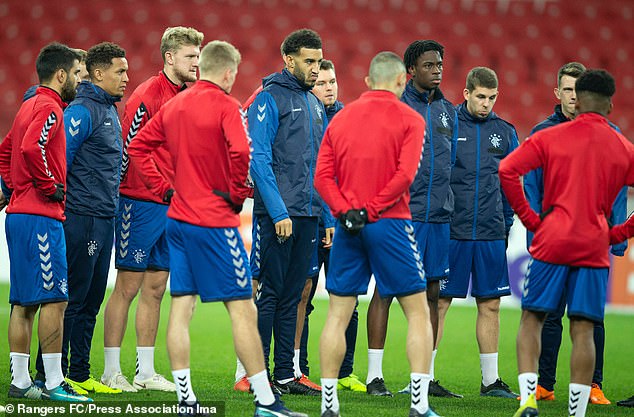 Second yellow cards can only be contested in cases of simulation or mistaken identity, and it’s the latter upon which Rangers are basing their challenge, with ref Willie Collum asked to explain his decision.

‘I’ve heard there’s a hearing, but I haven’t heard who will be there or what will happen,’ said Gerrard. ‘I hope it is (mistaken identity) because it wasn’t a yellow card.’

Candeias received his first booking for celebrating with the crowd after scoring, and was given a second yellow after being confronted by Anton Ferdinand as the Portuguese celebrated Alfredo Morelos making it 2-0.

The outcome of the appeal has been delayed until this morning.