With Tottenham’s new stadium edging ever closer to completion, the club have announced the news that the iconic ‘Golden Cockerel’ has returned to the roof.

There has been plenty of work to do on the new arena, with a date for completion still yet to be set, but things do finally appear to be coming together for the club.

A 4.5m tall replica of the original iconic cockerel that once sat on top of White Hart Lane has now been installed on the roof of the new stadium. 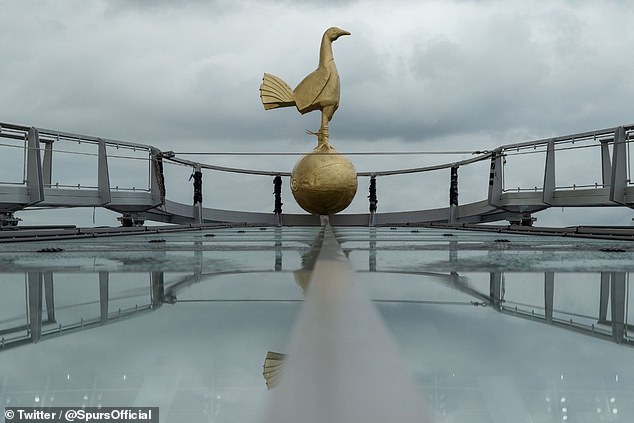 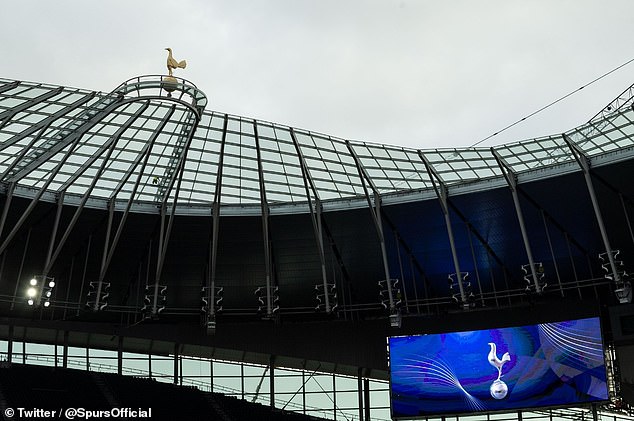 It stands 4.5 metres tall, which is double the size of the original White Hart Lane sculpture

In a statement on the club’s website, Spurs revealed that they worked with ‘London Mould Makers’ to create a CD scan of the sculpture – which was first seen in 1909.

They have gone out of their way to maintain every bump and scratch it picked up over the years including, they say, one ‘ supposedly put there by one of our all-time heroes Paul Gascoigne’.

The cockerel was transported from Essex to north London on Tuesday morning, before being lifted atop the stadium by a crane. It is double the size of the original. 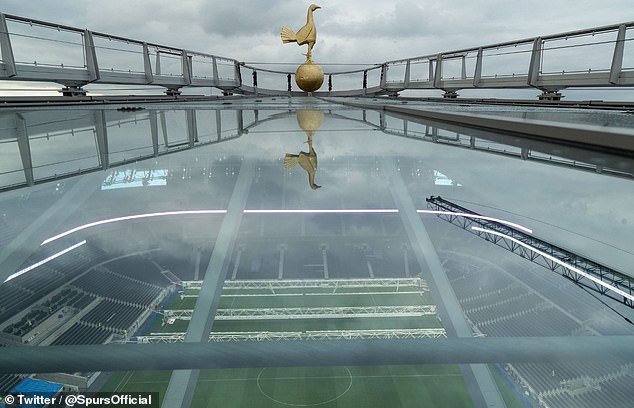 A stunning image shows the cockerel, with the brand new north London pitch down below 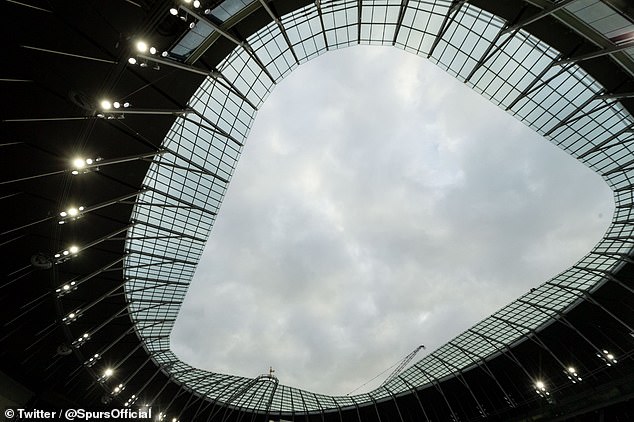 Tottenham had initially been expected to move into their new White Hart Lane stadium at the start of the campaign.

Construction delays, however, postponed the opening of the new stadium, with Wembley stepping in to host their Premier League and Champions League games.

In a statement at the end of last month, the north London club revealed that the ground would not be ready until after the New Year.

In the coming weeks, Tottenham will face the the likes of Chelsea and Inter Milan and the national stadium.