England boss Gareth Southgate could not hide his disappointment that his side let in two goals in their World Cup opener against Iran – despite romping to a 6-2 win – and warned the team they ‘must be better’ in their next game.

The Three Lions got off the best possible start in Qatar as they demolished Iran – racing into a 4-0 lead just after half time thanks to Jude Bellingham’s opener, Bukayo Saka’s brace and a strike from Raheem Sterling.

But Medhi Taremi pulled one back – and although England restored their healthy lead through Marcus Rashford and Jack Grealish – Iran controversially got a second from the penalty spot after John Stones was adjudged to have felled Taremi, who slotted home for another consolation. 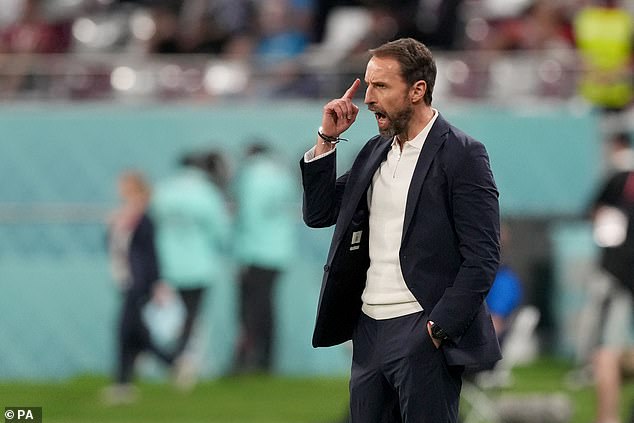 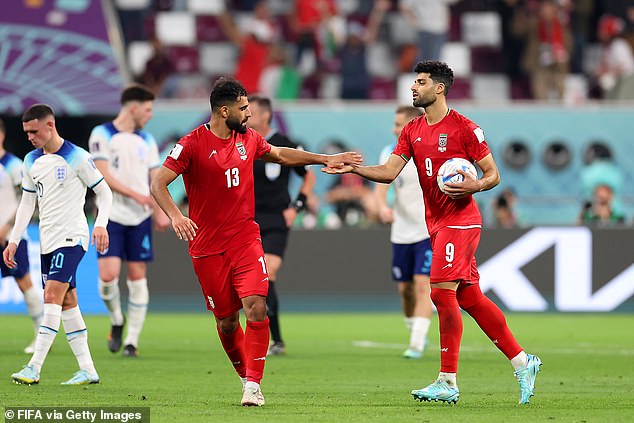 Speaking to the BBC after the game, Southgate looked pleased yet frustrated as he hailed his players for their ‘patience’ and ‘threat’ throughout the game – but sent out a stern warning that they must not let their concentration slip when they face the USA on Friday.

‘I’m a bit fed up with the end of it!’ he said. ‘To win by that margin we did and to play as we did for most of the game I’ve got to be happy. The players looked ready – we wanted to be that type of team. They dealt with it well. We had a sticky first half – we were a real threat throughout, pressing and movement was really good.

‘We’ve got to be really happy but we shouldn’t be conceding two goals at that stage. We’ve got to be right at it for game against the States. It was great today – but we’ll have to be better.’ 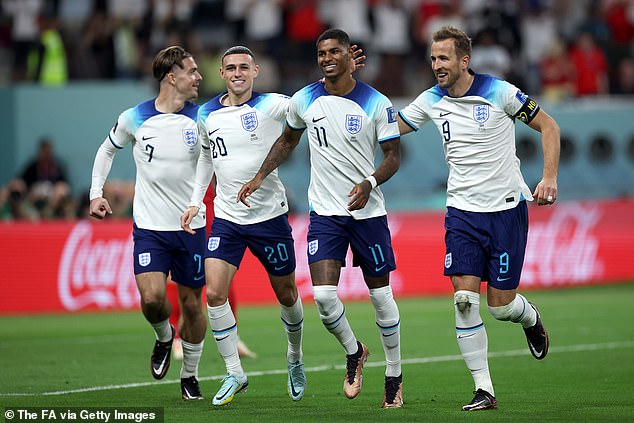 England were forced to play a stunning total of 24 minutes of stoppage time overall – 14 in the first half and 10 in the second – an unusual feeling for some of the players, and Southgate said it resulted in his side having to drop their tempo – with the team suffering as a result.

‘[Slopppiness] was a consequence of the scoreline,’ he added. ‘There were 24 minutes of added time, so it was a long time to focus, but we lost concentration and when we play at a slower tempo were not anywhere near as effective.

‘I’m a miserable so and so! I should be more excited but I have to keep the team on the right track and we will need to be better.’

Southgate’s criticism might be eye-opening for a team that’s just won by four goals – but with the spotlight placed on England to do well in Qatar, he will be willing on the team to be perfect at this tournament, and they were not far off it on Monday afternoon. 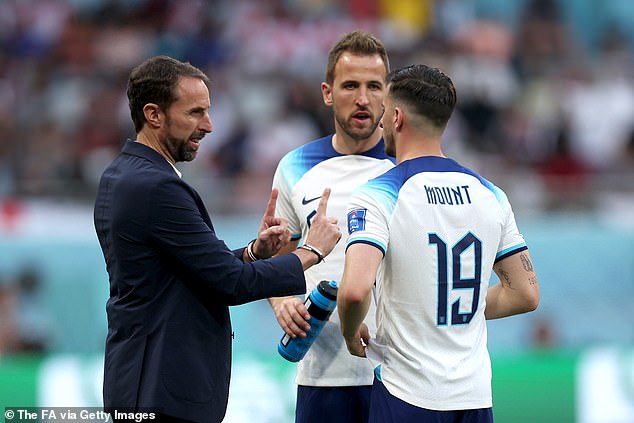 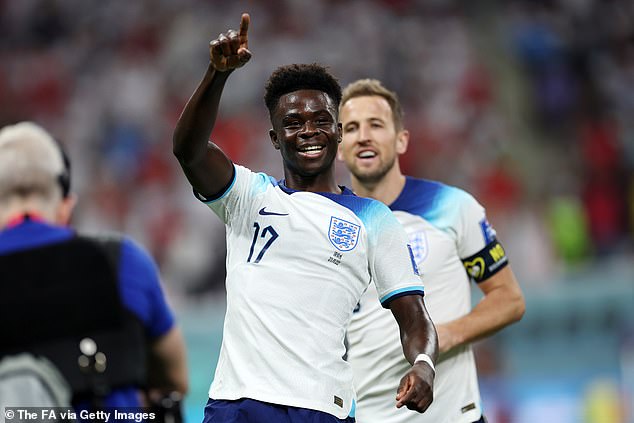 There were six goals with five different scorers – and not even Harry Kane was needed on the scoresheet – as the Three Lions played with real swagger and verve to get themselves up in running in style.

Southgate praised his players for dominating the game and singled out his attackers for ‘delivering’ on the big stage, but also pointed out the selflessness of the team when Callum Wilson opted to square the ball back to Jack Grealish to score their sixth of the day.

‘We have some great players and today they really delivered,’ he added. ‘The attacking players delivered, defence controlled the game. The patience we built up in midfield was excellent. The forwards looked a threat and it’s great marker to put down.

‘The part I liked was when Wilson could have been selfish [before Grealish’s goal] but he thought of the team.’