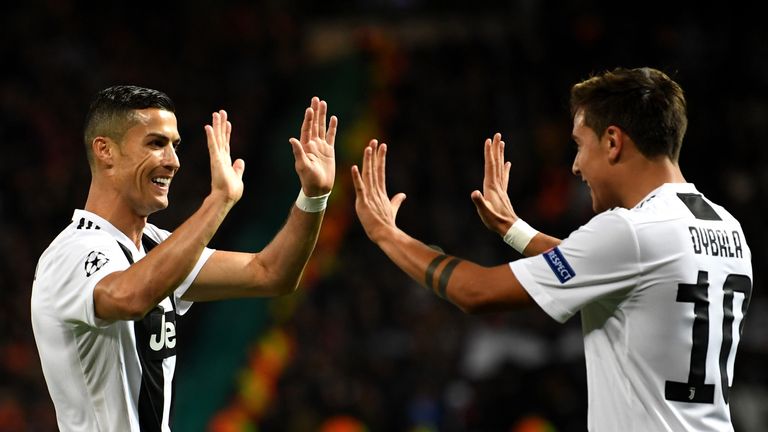 Cristiano Ronaldo enjoys a winning return to Old Trafford as Juventus beat Manchester United 1-0 in the Champions League, while Manchester City become the first English club to win away against Shakhtar Donetsk with a 3-0 victory.

Hearts have extended their lead at the top of the Scottish Premiership after beating bottom of the table Dundee 3-0.

In the Championship, Middlesbrough are still top despite being held to a goalless draw at home by Rotherham.

England’s cricketers fell to their heaviest-ever one-day international defeat in the fifth match against Sri Lanka, and Roger Federer started his bid to win a ninth Swiss Indoors title with a three-set win against Filip Krajinovic.