Home » Sky Bet EFL set for showdown Saturday with titles, promotions and relegations to be decided across all three leagues

It is set to be a huge Saturday in the EFL, with titles, promotions and relegations all on the line across the Championship, League One and League Two.

It could all happen by 5pm on Saturday. Here, we take you through all the permutations.

Can Norwich seal the Championship title? 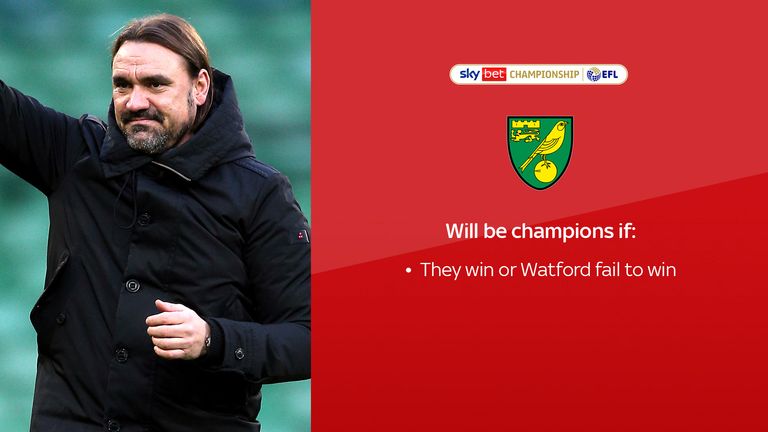 It has been a couple of weeks since Norwich sealed their return to the Premier League, but the form of Watford – also promoted last weekend – has meant that the Canaries have had to wait a little to be confirmed as champions.

There are five points between themselves and Watford with two games to go, so a victory over Reading will guarantee the title on Saturday. If Watford fail to win against Brentford they will also be champions regardless of their own game.