‘In seven years, we haven’t done much wrong’: Diego Simeone urges Atletico Madrid players to trust philosophy as they gear up for Borussia Dortmund tie

Diego Simeone has urged his Atletico Madrid players to trust the club’s philosophy ahead of facing in-form Borussia Dortmund in the Champions League.

The passionate Argentine boss’ felt his side has not done much wrong ‘in seven years’ but defeat in Germany to Dortmund in the last round of fixtures was his heaviest while at Atleti.

With seven trophies since taking charge in 2011, Simeone is the club’s most successful ever manager and he wants his players to keep the belief in their style of play. 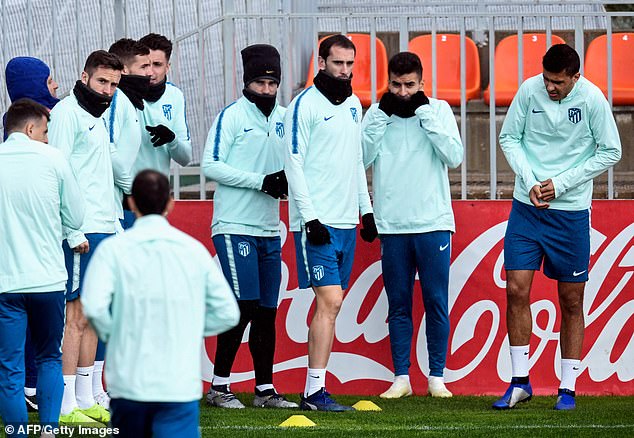 Atletico Madrid’s stars have been urged to keep faith with their philosophy, says their manager 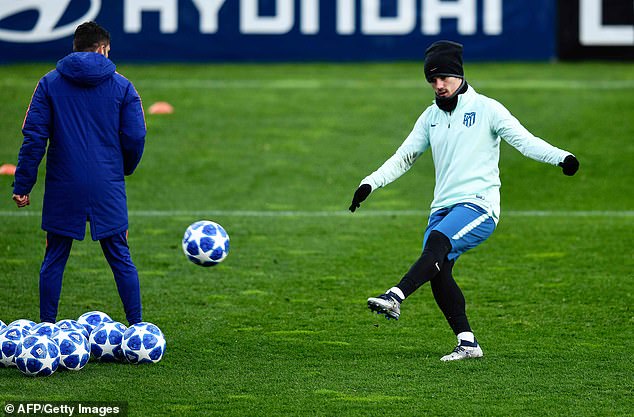 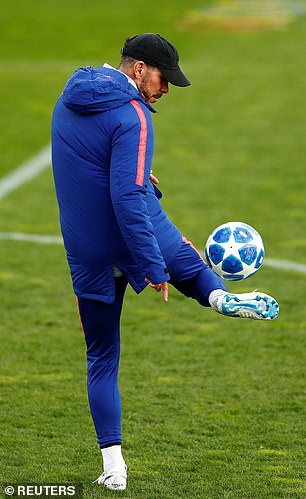 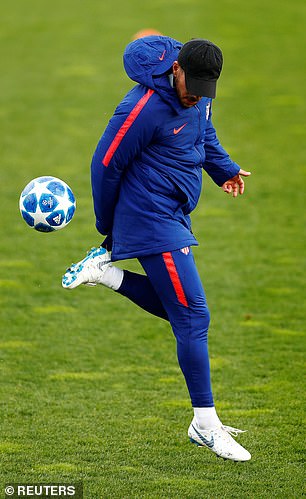 Boss Diego Simeone, who showed off his own skills, wants his players to trust their core beliefs

‘Football is marvellous and there are countless ways to play and to win. You have to choose one and we believe in ours because of our players’ attributes,’ Simeone told reporters on Monday.

‘In seven years, we haven’t done much wrong. Dortmund are one of the best sides in Europe at the moment – that’s why they’re top of the Bundesliga and unbeaten in the league and Champions League.

‘They play spectacular football and if they keep it up, they’ve got a real chance of ending the season as champions in Germany. 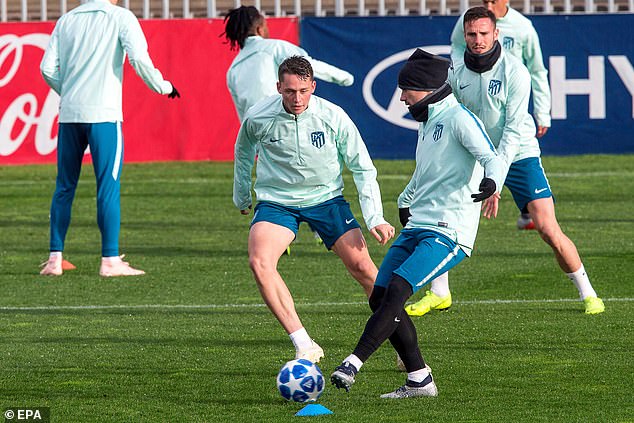 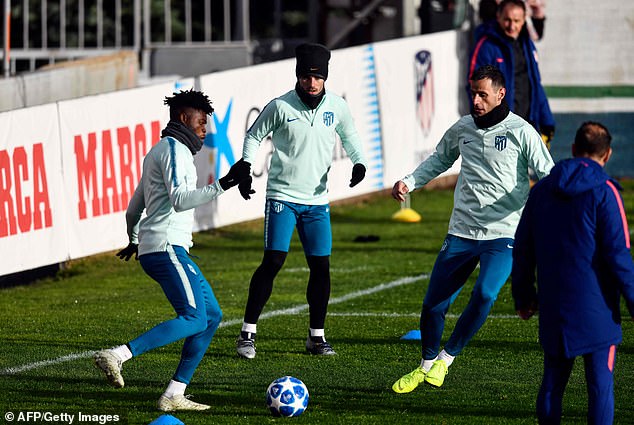 ‘They were forceful [in the first match], vertical and counter-attacked perfectly. We have to congratulate them. We did good things but could not get the win.

‘We hope to have a balanced game and for our strengths to show.’

His squad wrapped up warm for training on Monday with all eyes on star man Antoine Griezmann as he refined his shooting.

But it was Simeone himself who showed off his nifty footwork as he entertained himself with some keepy-up tricks.

Dortmund head to the Wanda Metropolitano having won all three matches in Group A so far and know victory in Madrid will ensure safe passage through to the knockout stages. 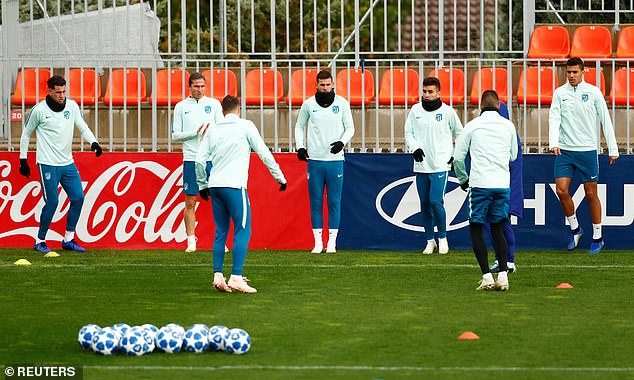