Home » Sian Massey-Ellis and Jawahir Roble on being female officials in football: 'Fine line between criticism and sexism'

Premier League assistant referee Sian Massey-Ellis and the UK’s first female Muslim official Jawahir Roble say there is a fine line between criticism and sexism on a football pitch.

A Women in Football survey towards the end of 2020 found sexism is experienced by two-thirds of women working in football, but only 12 per cent of incidents were reported.

Massey-Ellis, who has been a Premier League assistant referee since December 2010, made history last season when she became the first English woman to officiate in a men’s European fixture.

Roble, otherwise known as JJ, arrived in the UK as a refugee from Somalia when she was just 10 years old and told Sky Sports News last year she wants to referee in England’s top division.

Speaking on the Breaking Barriers series, set up by the PGMOL and hosted by Sky Sports News presenter Kate Mason, Massey-Ellis and Roble shared their experiences of being officials and say although they can deal with criticism, there is a clear cut-off point. 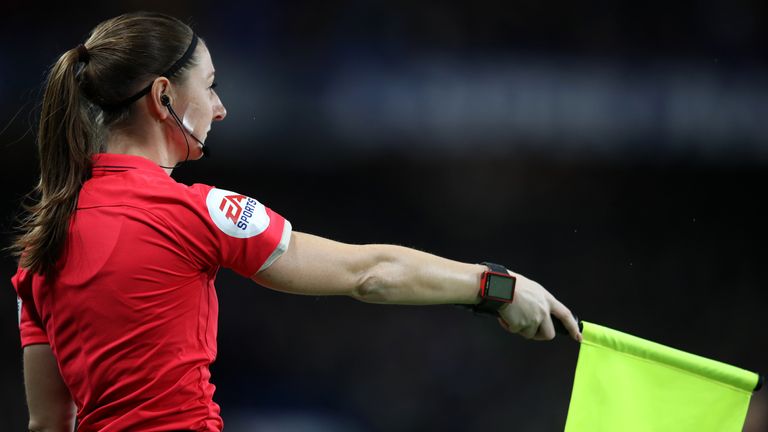 “I think you learn to deal with it but it’s about drawing that line,” Massey-Ellis said.

“Saying something like ‘you’re a woman, get back to the kitchen, you shouldn’t be in this game’ – that for me is not okay. I think it’s about drawing that line, educating and telling them that comment is not okay.

“A comment like ‘you were so far out of position’ – yeah, I can take that, because it’s something I can improve on, but it’s not okay to be personal.

“I actually built quite a lot of confidence in myself and strength of character in learning how to deal with criticism. When I was coming through as a youth I learned a way to deal with those comments and it has helped me develop as a person.

“You get abuse, but actually for the one bit of abuse in that game, you’ve probably got 10 positive comments as well.

“So I think sometimes it’s about taking the positives out of a situation and the way I look at it is if that one person doesn’t say any negative comments next week, then I’ve done something good.”

Roble added: “I get the players’ frustration and excitement – everyone is into the game. They say things like ‘ref, are you blind? What is wrong with you?’ and then at the end of the game it’s ‘ref, I didn’t mean everything I said. I take it back. I apologise’.

“Never take anything to heart because sometimes people don’t mean what they say, but if they do cross the line and say things like ‘you’re a girl, you shouldn’t be in this game’, then I try to educate them.

“It does hurt sometimes and I let them know what they said did hurt me, but I try to educate them by telling them ‘just because I made this one mistake, you’re going to generalise it? You can’t say girls can’t referee because I’m having a bad game today.'”

‘Players should take a refereeing course’

Roble started refereeing purely by chance when she was asked to step in for someone who did not turn up for a game. She has since gone on to achieve FA qualifications and a degree in coaching.

Asked what she thinks can be done to help reduce the amount of abuse female officials receive, she said: “There is a very practical and also easy thing to do.

“You have parents who volunteer to be referees sometimes and that’s good, but I would say kids from the age of 15/16/17, adults too, should be offered a class or session where they learn about refereeing.

“Some players have no idea what refereeing is like. They need to be educated so they give us less of a hard time.” 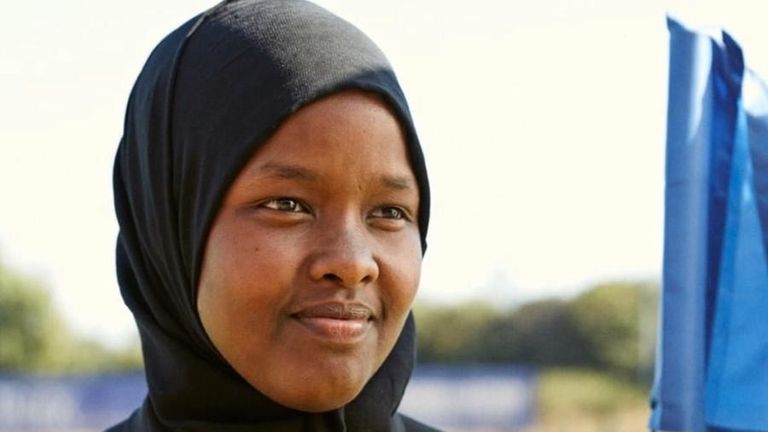 Massey-Ellis: I’m not ticking a box

As well as officiating in the Premier League, Massey-Ellis has previously been selected to officiate at the FIFA Women’s World Cup, U20 World Cup, UEFA Women’s EURO and UEFA Women’s Champions League final and is regularly chosen for matches in the WSL and EFL.

She also became the first female to officiate at the Community Shield in 2019 when she was selected as an assistant referee for the game between Manchester City and Liverpool.

“I’ve been in the Premier League for 10 years and I think people know now that I’m not here because I’m ticking a box, it’s because I’ve worked really hard to get here,” she said.

“I think it shows that it’s achievable for anybody – race, religion, different cultures or backgrounds. Anybody can achieve anything they dream of. I think that is now becoming more of a reality and hopefully the more of us there are the more it becomes the norm.”