Home » Soccer » Should Wayne Rooney be given the England captaincy? – TACKLE KEOWN

Should Wayne Rooney be given the England captaincy? Will Claudio Ranieri keep Fulham in the Premier League? – TACKLE KEOWN

Sportsmail columnist Martin Keown answers your questions as we enter the international break where Wayne Rooney will pick up his 120th and last cap for England.

Also on the agenda is Fulham’s appointment of Claudio Ranieri as manager as well as how Manchester United get the best out of Alexis Sanchez.

Follow all of Martin’s answers to your questions below. We kick off at 12.30pm.

If you are using the app, please click here to view today’s live blog

That’s all from Tackle Keown for this week.

Join us again at the same time next week – thanks for reading.

Fulham have the players to stay up but Ranieri has to quickly work out his best back four.

Ryan Sessegnon has been used as a left wing back when he is more effective further forward. Fulham have chopped and changed between a back four and a back three with different centre-back combinations used.

Slavisa Jokanovic clearly felt the extra pressure of Fulham’s £100million transfer spend. He had lost his way and you could sense that in his post-match interviews.  Ranieri’s first task is to sort out the back four. 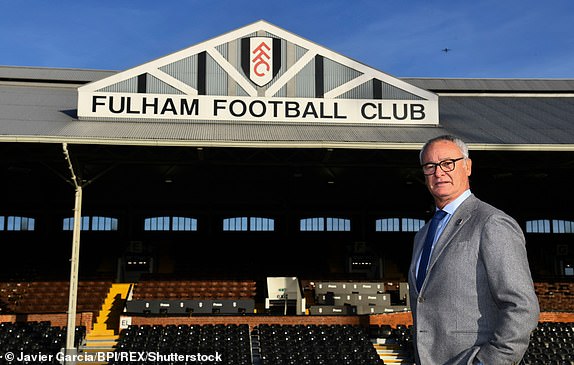 Unai Emery knows exactly what the problem is. He is wringing out every ounce of desire and energy on the touchline to get Arsenal to boiling point.

These players have trained habits and behaviour from working so long with one manager, Arsene Wenger. Every now and again they slip back into that comfort zone.

I have been impressed by Granit Xhaka’s improvement this season but that is what happened when his mistakes led to Wolves’ goal on Sunday.

Arsenal were at boiling point against Liverpool. The challenge for Emery is to keep them there for games against sides like Wolves. 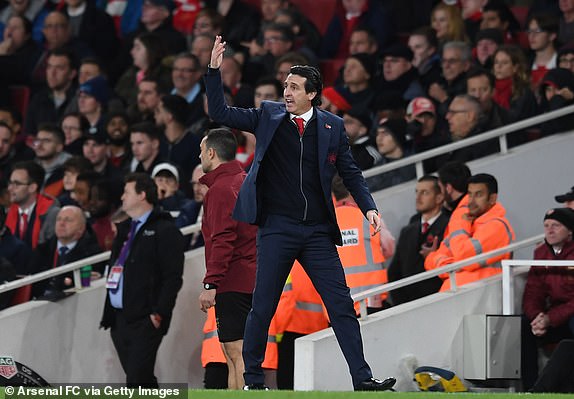 Injury must have been the only reason why Sanchez did not start the Manchester derby.

We saw a big improvement from him playing through the middle against Juventus but he picked up a dead leg in that game.

There were similar issues with Sanchez after he joined Arsenal but they were resolved much more quickly.

He started on the right but his Arsenal career really took off once he started playing on the left. After that, he seemed to thrive wherever he played.

Sanchez showed in Turin he can be most effective for United in a central position. 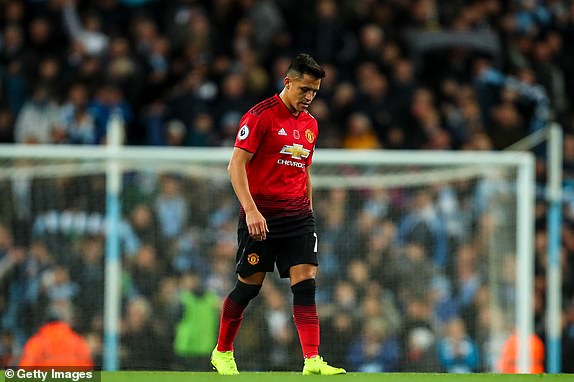 I want to see players use those bits of skill to get out of trouble, not to rub it in if their team is winning convincingly.

Juan Mata is not one to complain but even he was particularly annoyed by Raheem Sterling’s behaviour at the end of the Manchester derby.

What usually happens when a player behaves in this way is that he invites a crunching tackle.

I remember reacting badly to players who excessively showboated — and one occasion I might have been sent off as a result.

Part of the reason why Pep Guardiola admonished Sterling at the end of the game will have been because he did not want a star player to invite a tackle that could have led to an injury. 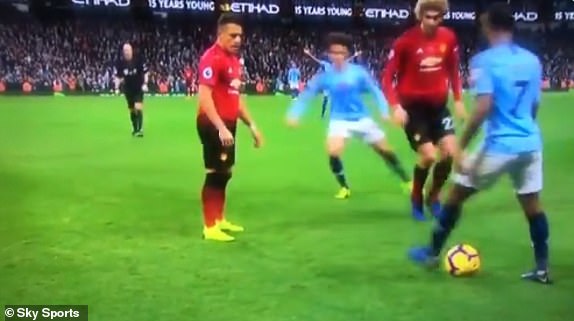 Guardiola was right. It was done for the benefit of the player.

Raheem Sterling is Guardiola’s star pupil. It must be so satisfying for him to see Sterling’s improvement.

Guardiola knows his messages are sinking in and wanted to send him another message.

Notice how he felt he had to embrace Sterling then say something three or four times. It’s a show of tough love.

He is telling his player that he loves him but that he has to improve in these situations.

It also demonstrated how far Guardiola will go in his pursuit of perfection. Only minutes earlier, City had scored a quite magnificent 44-pass goal — yet still there was an element of his team’s performance he felt he could improve. 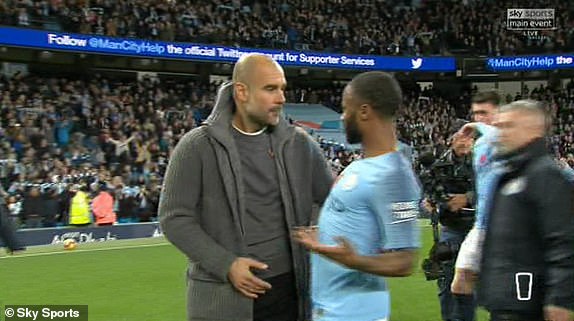 Not that long ago we were talking about selling off Wembley to fund grassroots football.

Surely that is where any donation from the Premier League clubs should go? How could they give it to any one individual?

It is now impossible for Scudamore to receive this bonus and feel comfortable with it. If the clubs did give him such a gift, I would assume that he will make a charitable donation to our grassroots game. 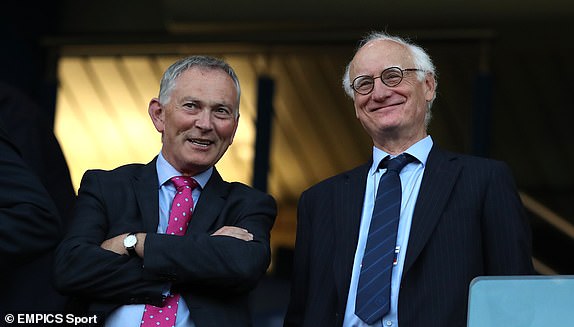 My first cap was against France at Wembley in 1992. Alan Shearer and Rob Jones also made their England debuts that day.

When I took to the field early in my career, I always told myself that if I had any aspirations of playing for England at Wembley then I could not be nervous. Now, aged 25, the match I had built up so much had arrived.

Graham Taylor played me in a back three and I was tasked with man-marking Eric Cantona.

Standing in the Wembley tunnel before the game, France striker Jean-Pierre Papin was staring at me and would not take his eyes off me.

Thinking I would be marking him, Papin must have been trying to intimidate me, knowing it was my first cap.

I was dying to whisper in his ear: ‘I wish I was marking you — I’ve got to mark Cantona instead!’ 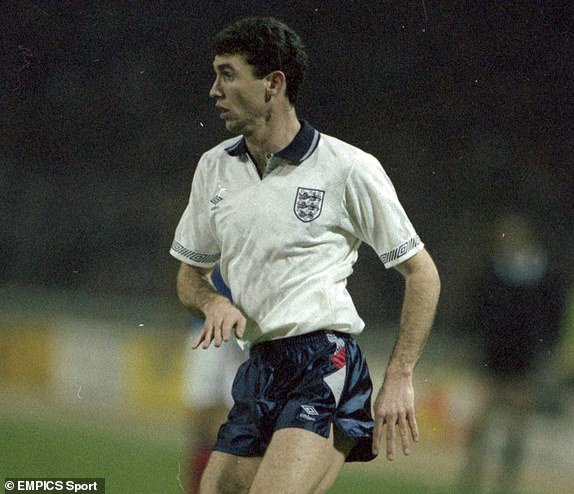 I’ve been pushing for his involvement for a long time. He has shown enough in the early part of the season that he deserves his call-up — particularly at a time when Gareth Southgate does not have too many strikers to choose from.

I was a similar age to Wilson when I won my first cap. You have been trying to win that first cap for a long time and you play with a confidence from the feeling of euphoria that you have finally got there.

This will be an incredibly proud moment for Wilson. He just needs to focus on doing what he does so well for Bournemouth. 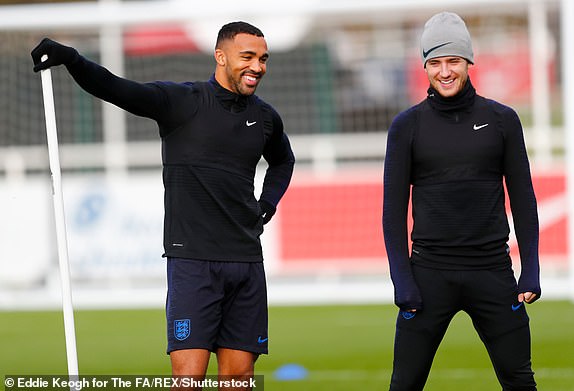 This is a man who captained England 22 times and carried a great deal of expectation as our star player for a number of years.

Plenty of people — myself included — do not agree that he should have been given an extra cap for this match. If we are going to go ahead with this game, then we should do it right and give him the armband.

I find it staggering that Rooney is only 33. He has proved that he still has something to offer while playing in America. I feel he could still be playing in the Premier League. 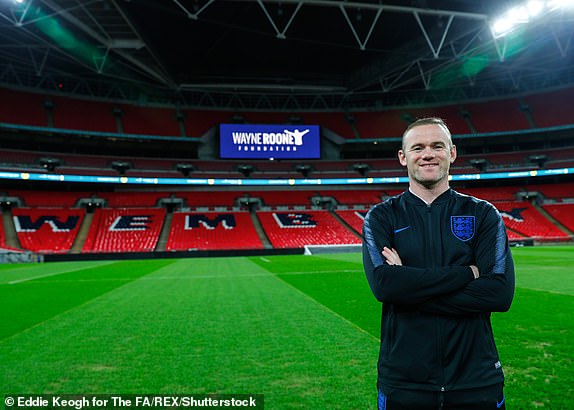