SERIE A WEEKEND PREVIEW: AC Milan’s under-fire boss Stefano Pioli has perfect chance to win over fans as Italy’s big two meet at Juventus while Napoli will be seeking an escape from off-field turmoil

The Italian giants have an astonishing 53 league titles between them with Juventus, who have been crowned champions in the last eight seasons, with 35 to their name and Milan having 18 in their trophy cabinet.

Milan are now somewhat of a sleeping giant though as their last league triumph came back in 2011 when a certain Massimiliano Allegri was at the helm. 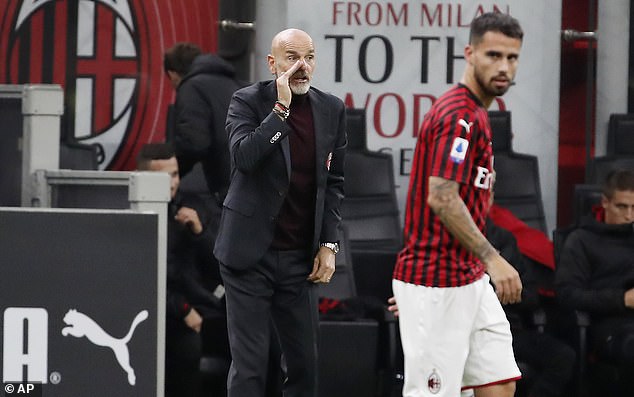 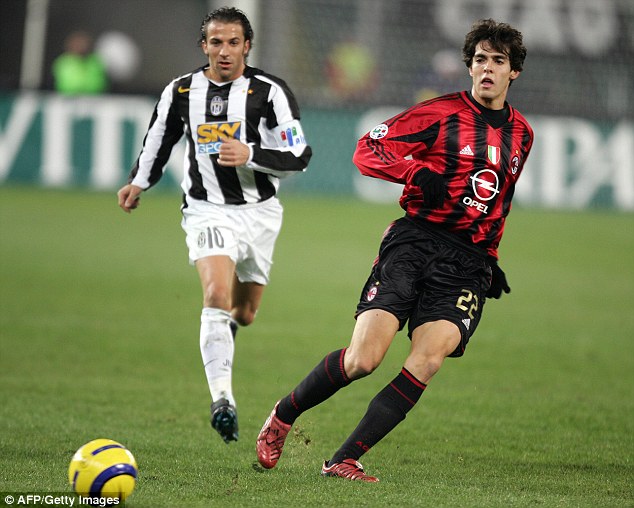 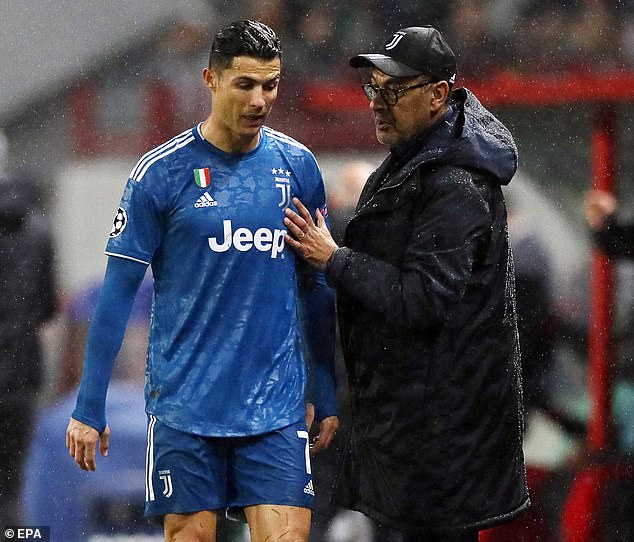 While Allegri achieved great success in Turin before his departure this summer, AC Milan have chopped and changed their manager.

Clarence Seedorf, Filippo Inzaghi, Sinisa Mihajlovic, Cristian Brocchi, Vincenzo Montella, Gennaro Gattuso and Marco Giampaolo have all been given the reins on a permanent basis since Allegri departed.

Stefano Pioli arrived at the start of October despite being an unpopular choice among the AC Milan faithful and he is also failing to change their fortunes.

Milan’s only win under Pioli came against SPAL while they have drawn with Leece and been beaten by Roma and Lazio since the former Fiorentina boss walked through the door.

Pioli needs to get the fans onside quick if he is to even see out the season in the hotseat and there would be no better way than securing a victory over the Old Lady.

But this fixture has lost some of its razzmatazz. AC Milan had some of the finest players to grace the Italian game in their heyday with the likes of Andrea Pirlo, Seedorf and Andriy Shevchenko playing for the club in their pomp.

Now they are relying on Poland international Krzysztof Piatek and Turkey’s Hakan Calhanoglu to guide them back to the top.

Milan have struggled with recruitment over the past few years with the club forking out big money on the likes of Andre Silva, Leonardo Bonucci and Carlos Bacca, who did not work out for one way or another.

They were even banned from playing European football this year as they breached Financial Fair Play rules.

Juventus, on the other hand, have been able to sign the world’s biggest stars with their acquisitions of Cristiano Ronaldo (€100m), Matthijs de Ligt (€75m) and Aaron Ramsey (free), arriving.

Maurizo Sarri’s side go into the game on the back of a hard-fought win over Lokomotiv Moscow on Wednesday night with Douglas Costa scoring a 90th-minute winner in a 2-1 away victory.

Ronaldo cut a frustrated figure in Moscow as Ramsey nicked a goal off him when his strike looked to be rolling in after a blunder by Lokomotiv’s keeper and then he was substituted with eight minutes to go.

The Portuguese superstar will definitely be riled up on Sunday as he looks to improve on his Serie A tally of five goals.

Bonucci will also have a point to prove as he comes up against his former side following his solitary season at Milan. 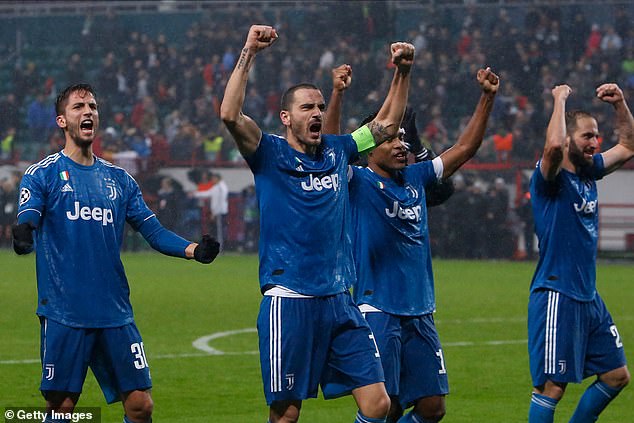 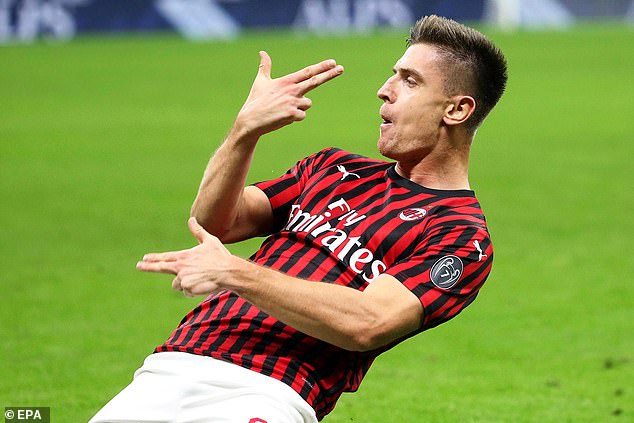 Juventus won both meetings last season (0-2 and 2-1) and you wouldn’t bet against them picking up a similar result come Sunday night.

Elsewhere in the league, all eyes will be on Naples on Saturday evening as Napoli host Genoa.

Napoli’s first-team stars are still angry with owner Aurelio De Laurentiis after he tried to lock his players at the training ground for a week to improve their form.

They refused but it has caused tension between the players, owner, management team and fans.

Napoli coach Carlo Ancelotti will not even hold a pre-match press conference ahead of the Genoa game and their players are also taking part in a media blackout.

A win would lift the doom and gloom around the club following a poor run of form which has seen them win just one of their last five Serie A games. 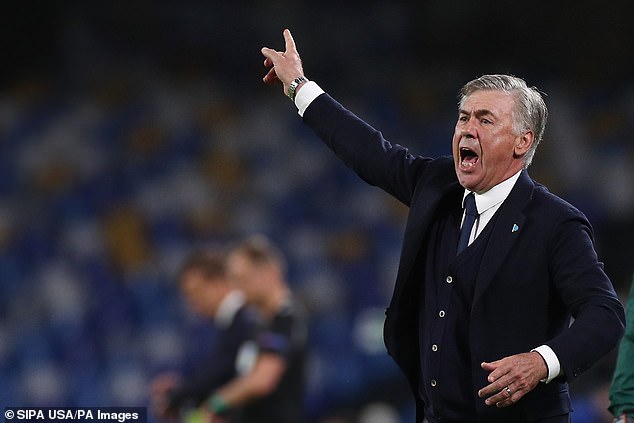 Cagliari are Serie A’s surprise package so far with the Sardinia-based outfit going into this weekend’s fixtures in sixth.

They have transformed from a side which finished 15th last season to a team pushing for a Europa League spot if they continue to upset the odds.

Fiorentina will have their work cut out with the fiery Radja Nainggolan, on loan from Inter, running the show in midfield and Joao Pedro proving to be a reliable marksman in attack. 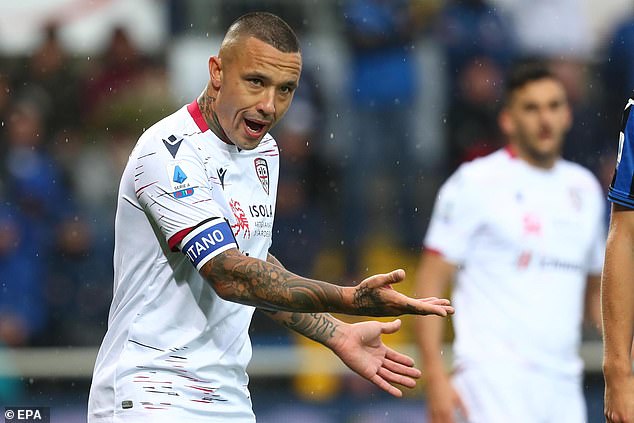