Sergio Ramos has apologised for leaving Viktoria Plzen defender Milan Havel with a bloody nose during their Champions League clash.

The Spain international has now wished the defender well on Twitter.

A victory to build on and also to learn from. Football always teaches you things and tonight I shouldn't have gone into the challenge like that. Milan, it wasn't my intention to injure you. Get well soon ?? #HalaMadrid https://t.co/NZcWRAwI0x

Ramos said: ‘A victory to build on and also to learn from. Football always teaches you things and tonight I shouldn’t have gone into the challenge like that. Milan, it wasn’t my intention to injure you. Get well soon.’

Ramos didn’t receive a card for the incident from the referee in the latest controversial incident involving the four-time Champions League winner. 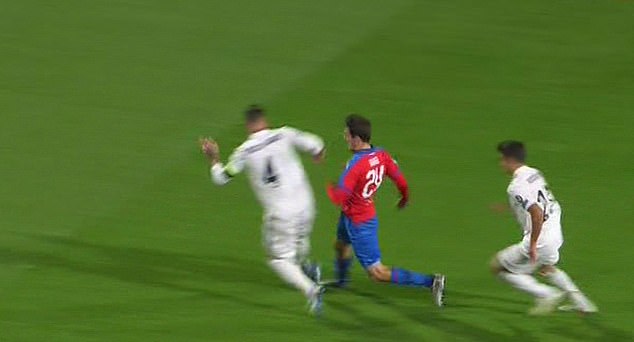 As Milan Havel breaks clear, Sergio Ramos comes across to challenge for the ball

The 32-year-old was heavily criticised when he locked arms with Mohamed Salah in last season’s final in Kiev and the Egyptian had to be substituted.

Ramos also collided with Liverpool goalkeeper Loris Karius which left the German goalkeeper with a concussion.

The Real Madrid captain has accumulated 24 red cards during his career, including a record 19 in La Liga.

His side will face Roma away on matchday five as the top two of Group G collide. 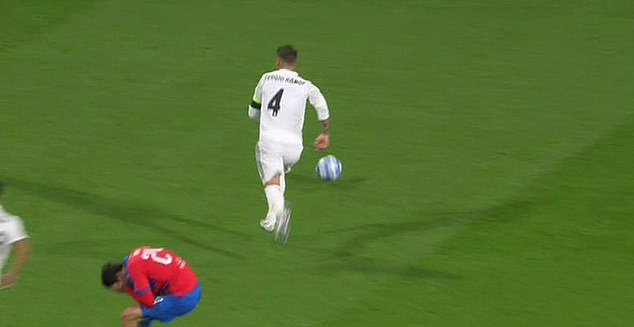 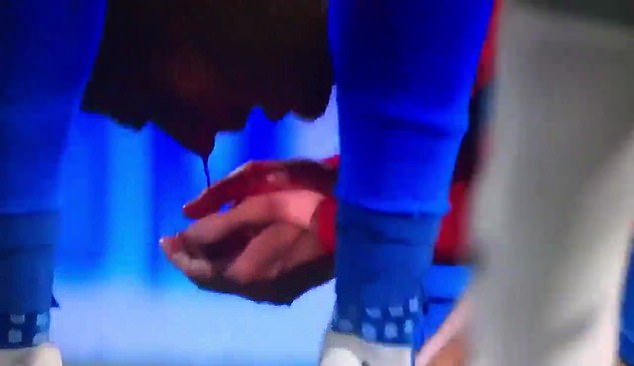