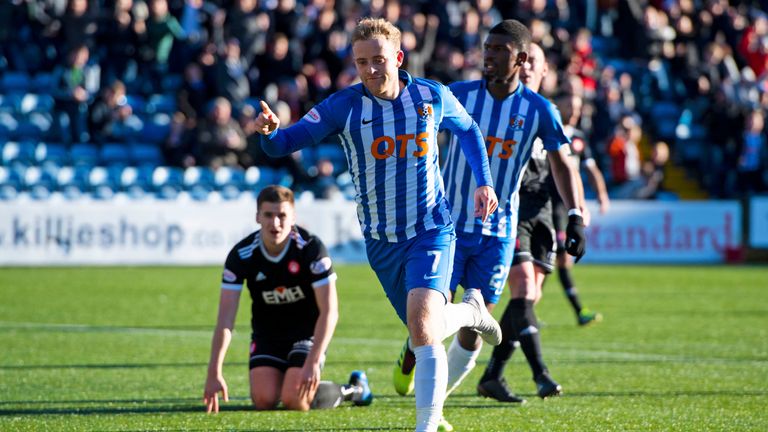 Kilmarnock moved second despite having to settle for a draw, while St Johnstone sealed victory during a day of reduced Scottish Premiership action.

Kilmarnock climbed to second in the table but were left frustrated as they had to settle for a point from a 1-1 draw against resolute Hamilton.

Steve Clarke’s men fell behind, for the sixth successive match, to the deftest of headers from Dougie Imrie but fought back to earn a point through a clinical Rory McKenzie finish.

The draw extends Killie’s unbeaten run in the league to five matches – but the result is likely to be more welcomed by Martin Canning’s side, who stopped their losing run and edged a point further clear of the bottom two. 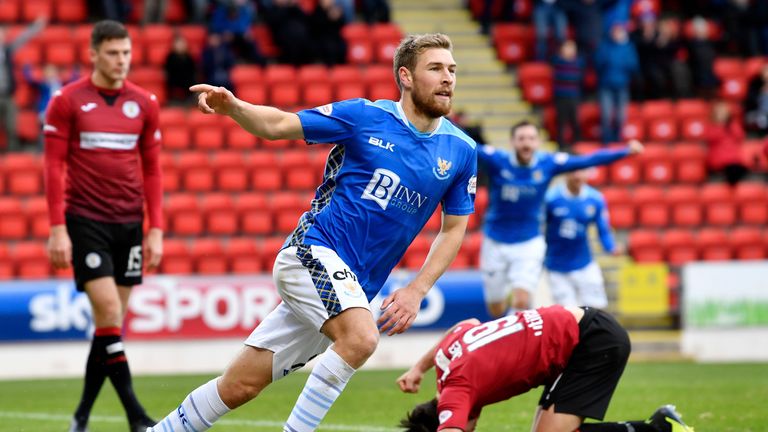 Tony Watt and Liam Craig both squandered second-half penalties to underline Saints’ superiority against a struggling St Mirren side still searching for their first win under manager Oran Kearney.

Wotherspoon slammed home the opener on the hour mark but only after a fruitless swipe from Watt diverted the attention of defenders.

After relying on single goals for home wins in recent outings, Tommy Wright’s dominant team had opportunities to turn the second half into a stroll.

But they spurned them all before Kennedy’s intervention seven minutes from the end made sure.