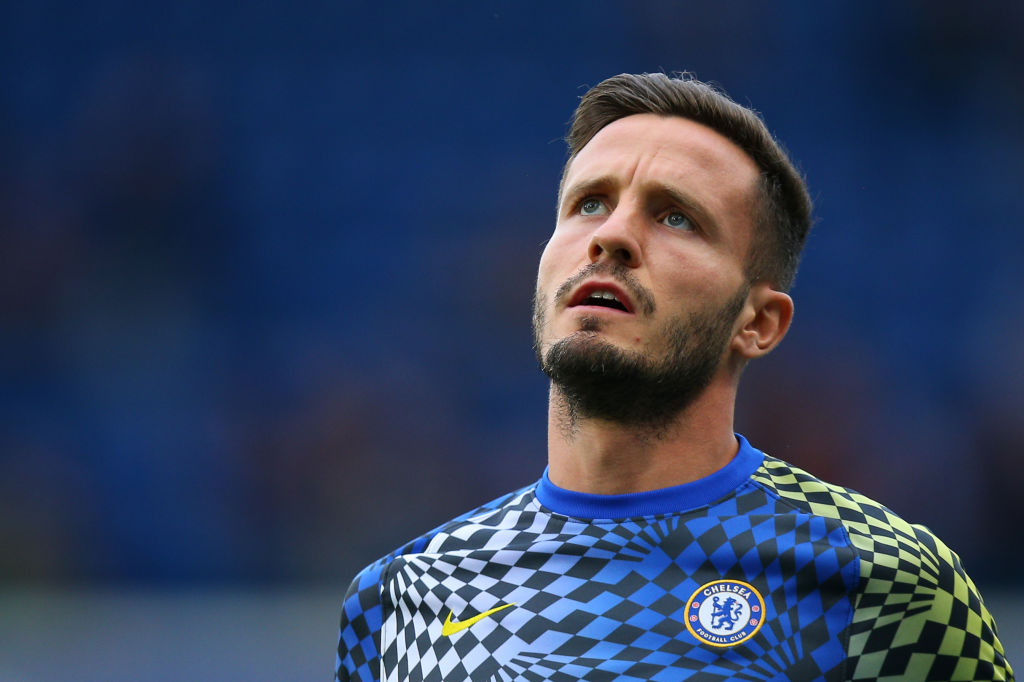 Saul Niguez says he is ‘really happy’ to have made his Chelsea debut despite being replaced at half-time against Aston Villa.

The Spain international was thrown straight into the starting XI on Saturday after joining the Blues on a season-long loan with the option of a permanent deal in the final hours of the summer transfer window.

On his Premier League debut, however, Saul struggled and was replaced at half-time by Jorginho.

Thomas Tuchel explained post-match he had seen some ‘big mistakes’ from the 26-year-old and while Saul later admitted it was not the debut he expected he was nonetheless delighted to get a run out in front of a packed Stamford Bridge.

‘Really happy with my first game and victory with the team. Incredible to see Stamford Bridge full of Blues.’

Explaining his decision to replace the Spaniard, Tuchel told Sky Sports: ‘Well, it was hard to do it but I had the feeling he struggled, he had some big mistakes, passing mistakes and errors and he struggled with the intensity and you could see that he has not fully adapted.

‘So it is completely my responsibility, I thought that he can maybe just jump in and play for us on that level.

‘So I thought it is maybe just better to have Jorginho who has a close connection with Thiago [Silva] to control the game there a bit more.’