‘The players are committed to the shirt and to the fans who are with them’: Santiago Solari believes win shows Real Madrid do not lack commitment

Santiago Solari believes Real Madrid’s 4-0 win over Melilla proves there is nothing wrong with their commitment.

Madrid began life after Julen Lopetegui with a comfortable 4-0 win at third tier Melilla in the first leg of the Copa Del Rey fourth round.

Madrid dispensed of the former Spain manager after a humiliating El Clasico defeat at the weekend, with Solari taking temporary charge. 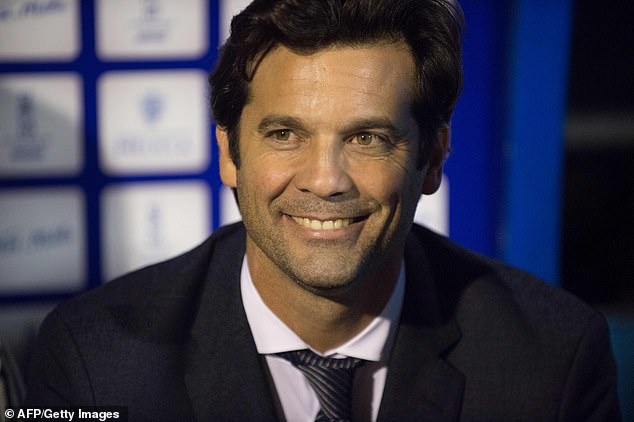 Solari, who played for the club between 2000-2005, watched on as Karim Benzema, Marco Asensio, Alvaro Odriozola and Cristo goals downed the Segunda B outfit, with the second leg at the Bernabeu still to come.

This was always going to be a nice way for Solari to ease into things as he begins a caretaker spell which is not expected to last much longer than two weeks as Madrid plot their next move.

And the interim coach was pleased with what he saw from his players. 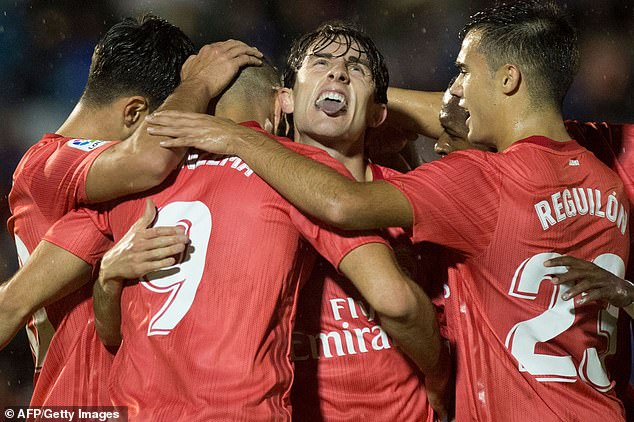 ‘I don’t like to put a mark on the performance,’ he told the club’s official website. ‘The team played with a smile on their faces, they were keen and committed.

‘The final score is a result of that. It wasn’t easy, but we worked hard and played with those characteristics. The pitch was heavy and they pressed very high.

‘We have to be happy. The players are committed to the shirt and to the fans who are with them. I’m now a part of this group.’

Melilla are in third tier, a level that Solari was recently coaching at with Real Madrid B. 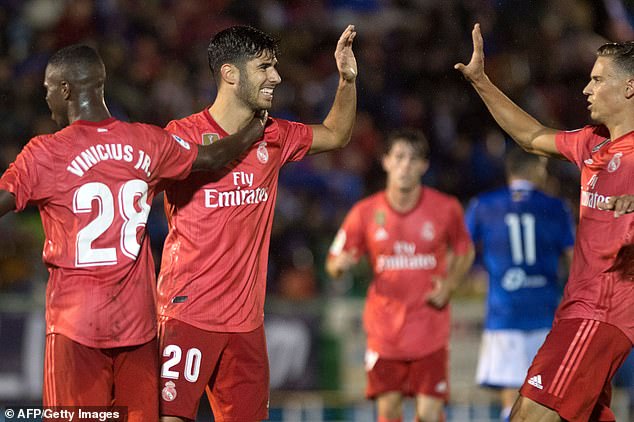 So the 42-year-old was not prepared to take any chances.

‘We knew it was going to be difficult because it’s a tough place to come,’ Solari added.

‘I’m coming up from the Segunda B and know all about the difficulty of the competition, against some very good teams that play great football.

‘They pressed very well, played at an impressive pace and there’s a reason they’re high up in their group.

‘The fans were great, but the pitch was heavy and that took some quality out of the game.’