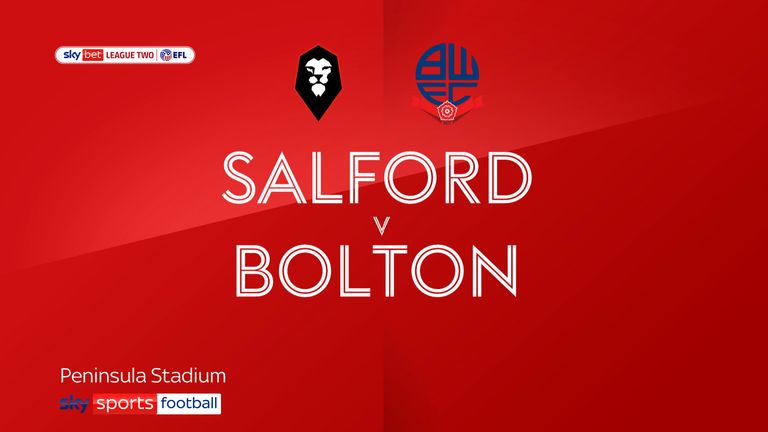 Bolton became the first side to win at Salford this season, boosting their promotion bid as Lloyd Isgrove claimed the only goal of a fiery local derby.

The breakthrough came midway through the first half when Isgrove clipped a low ball in from the right and it fortuitously bounced through a crowd of players and into the bottom corner.

Tempers frayed as the home side fought back into the game in front of co-owners Gary Neville, Nicky Butt and Ryan Giggs, as well as their former Manchester United team-mate Roy Keane.

Henderson lifted a great chance over the bar and Tom Clarke headed wide before the break.

Salford dominated the second half but could not find a way through, Henderson heading over and Bolton defending brilliantly to block every other sniff of danger, with huge celebrations greeting the final whistle.