Part of the supporting cast or centre stage? That is the question Liverpool supporters are asking of Sadio Mane ahead of their Champions League clash against Red Star Belgrade.

Mane’s heavily-bandaged left hand was certainly visible as Jurgen Klopp’s men arrived at Anfield well ahead of their European tie — they often touch base before heading to the team hotel — on Wednesday.

The Senegal international broke his thumb while on international duty and was forced to miss last weekend’s win over Huddersfield following surgery. 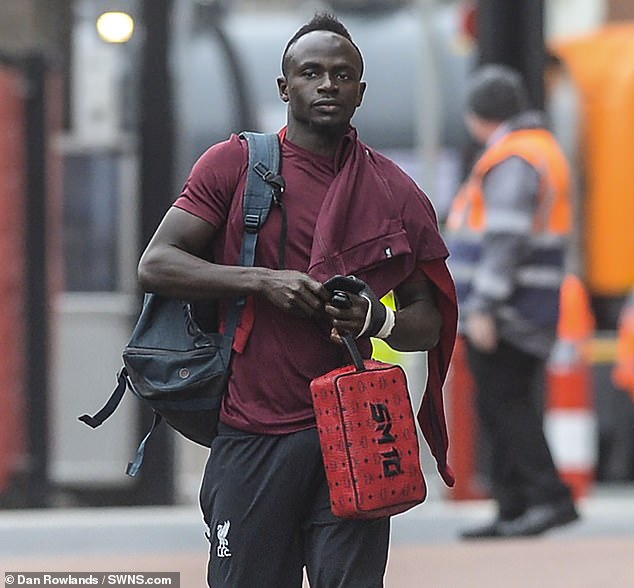 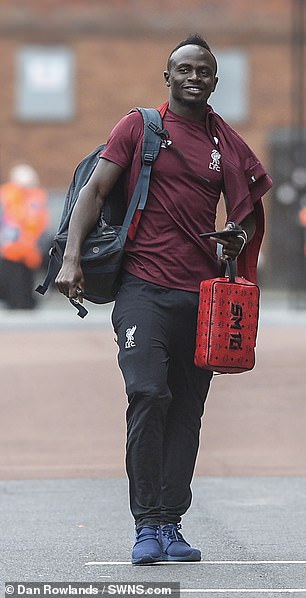 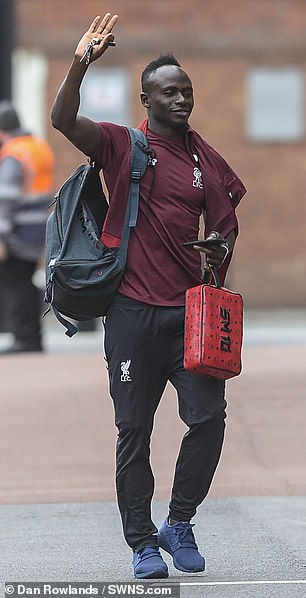 Mane, wearing protective layer over his bandaged left thumb, will hope to be named in squad 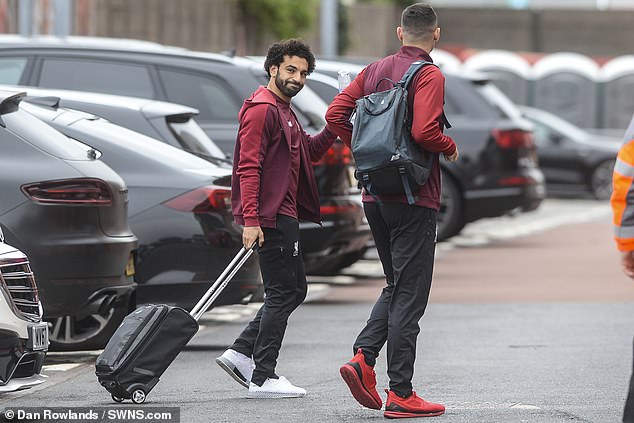 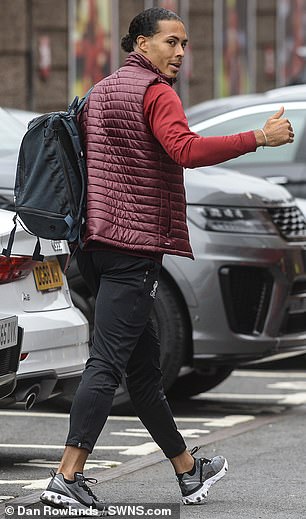 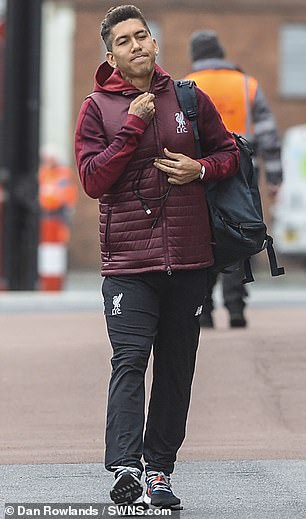 The Reds, who sit second in Champions League Group C, were boosted on Tuesday when Mane returned to training at Melwood.

And the emergence of a further black protective layer over the white bandage on Wednesday could perhaps suggest the forward is preparing to be named in the matchday squad.

The 26-year-old gave a big wave to the cameras stationed outside Liverpool’s stadium and appeared in good spirits ahead of the tie.

Liverpool will spend a little time taking in the stadium before heading off to their team hotel to finalise preparations for the European clash. 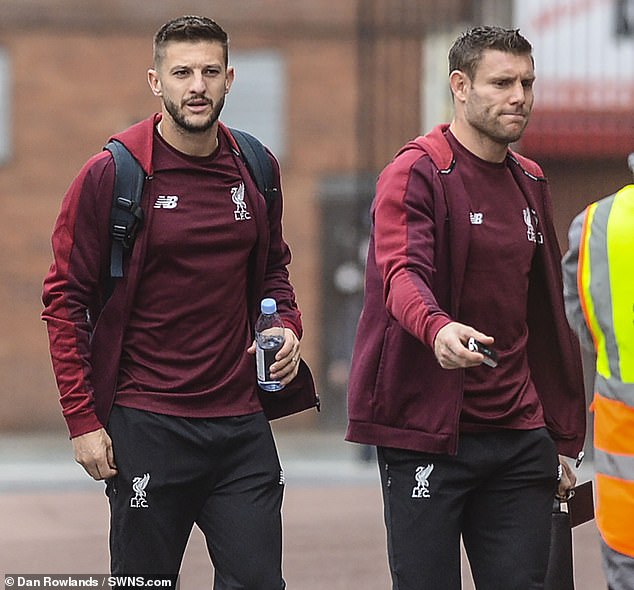 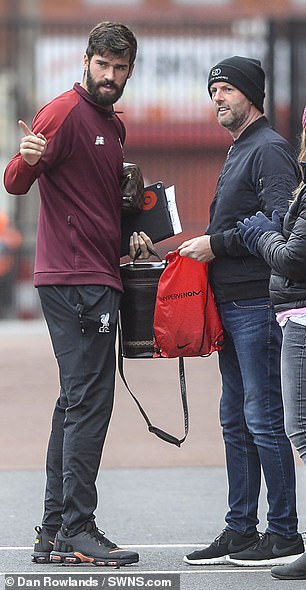 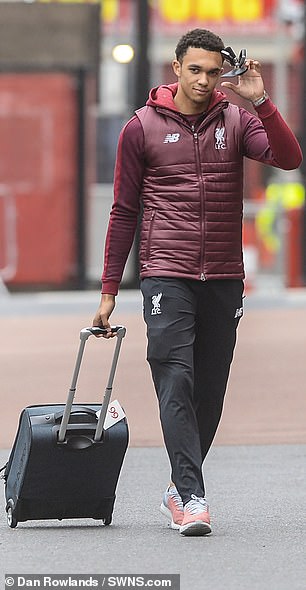 Speaking on Tuesday afternoon, Liverpool manager Klopp said: ‘Sadio’s good in training. He trained normal. If nothing happens he is in contention.

‘Naby [Keita] will not be available, Hendo [Jordan Henderson] not as well. We have to see check Naby day by day.

‘We have to see when he’s fully fit. It should not be that long.

‘Hendo got a little hamstring injury in the game (against Huddersfield). I understand not too serious but serious that he is not available tomorrow or the weekend.’

Liverpool will be targeting a win after falling to a late defeat against Napoli in their last group game. They began the campaign with a thrilling victory over Paris Saint-Germain.

Red Star are yet to win in the Champions League group stage so far this season, although they did hold Napoli to a draw at home.