Defender Ruben Dias called on Portugal to tighten up at the back after shipping four goals in as many games during their 2022 World Cup qualifying campaign.

Portugal sit second in Group A with 10 points, trailing Serbia on goal difference heading into Tuesday’s game in Azerbaijan.

They needed two last-gasp Cristiano Ronaldo goals after going behind against the Republic of Ireland last time out to secure all three points. 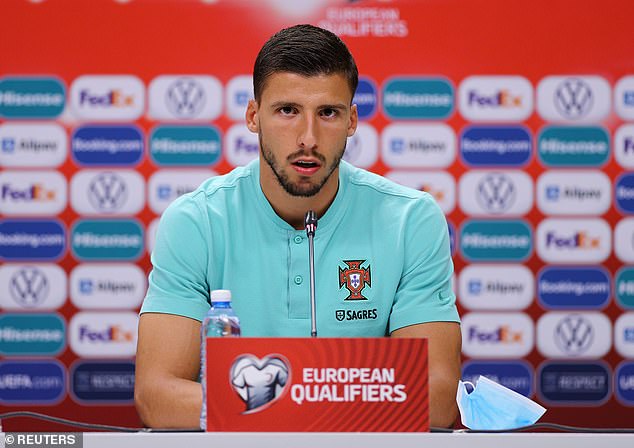 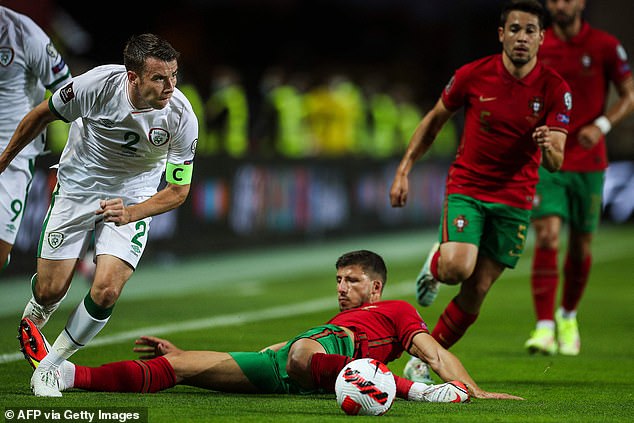 ‘We aren’t happy and that dissatisfaction comes from wanting to always be the best,’ Dias told a news conference on Monday.

‘The solution is where we always find the answer: within the group. That will be the base for us to build on and improve.

‘There’s always room for improvement and this is what we’ll look to do as a group, and ensure that we concede less goals.’ 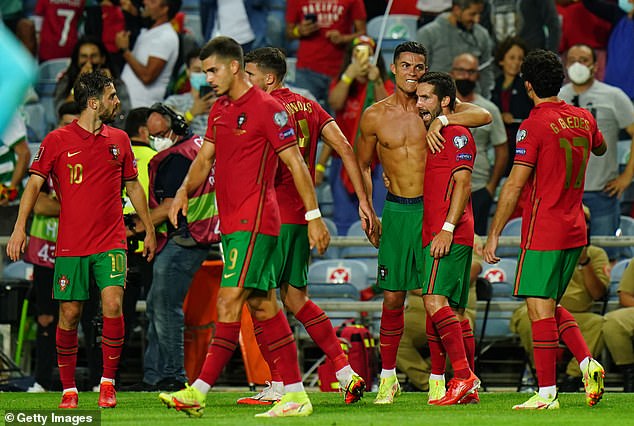 Coach Fernando Santos will be without Ronaldo for the game with Azerbaijan – who are bottom of the table but will be buoyed after drawing with Ireland on Saturday – after the Manchester United forward was booked for taking his shirt off when celebrating his second goal last week.

‘We know Azerbaijan are a dangerous side. We saw how they played in their last game, but the best example is the game they played against us,’ Dias said.

‘They showed that they can cause us trouble. It’s a final for us and we’ll go into it with that mentality.’