Roy Keane has disagreed with Ole Gunnar Solskjaer’s assessment of his goalkeeper set-up at Manchester United, in which he refused to confirm Dean Henderson was his No 1. The United boss was asked if that was the case by Sky Sports’ Geoff Shreeves ahead of the Premier League trip to Tottenham as Henderson returned to the starting XI but Solskjaer played down the idea of a pecking order.

“Dean [Henderson] has had good momentum, he’s played really well so we carried on with him today,” Solskjaer told Sky Sports.

“David [De Gea] played well in Granada, kept a clean sheet, but he played – travel and everything. Dean had more of a rest so he’s in goal today.”

Barring the odd rotation, De Gea has spent the majority of the season between the sticks with Henderson patiently waiting for opportunities.

But when De Gea returned to Spain to support his wife as she gave birth to their new child, Henderson was given the chance to stake his claim. 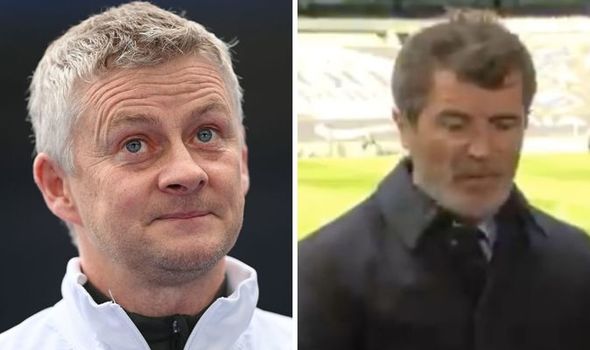 And former United captain Keane now believes Henderson is the first-choice goalkeeper at the club, disagreeing with Solskjaer’s explanation.

“I wouldn’t agree with Ole,” Keane told Sky Sports. “I think he sees Dean Henderson as his No.1 now. He’s obviously given him a run of games.

“OK he played De Gea during the week which was a comfortable game.

“But he’s given Dean his trust now to play in the big games, he’s certainly going to give him until the end of the season, unless he has a complete disaster.

“So I think De Gea is under huge pressure now to try and get his position back in the team.”

De Gea was back in the team in midweek in the 2-0 win at Granada but his performance was not enough to keep his place.

Henderson looked set to consider his future should he not have been given a run in the side.

Having played regularly in the Premier League last season with Sheffield United, he was optimistic he could surpass De Gea as the club’s No 1. 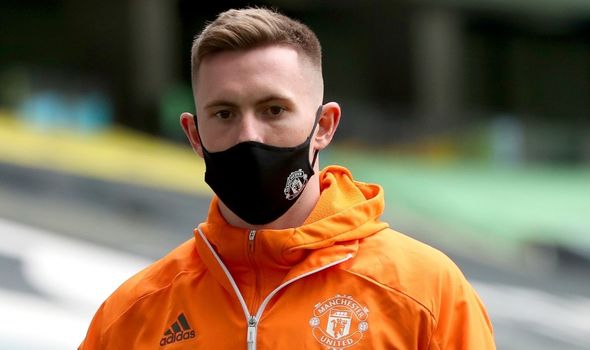 Tottenham, Chelsea and Borussia Dortmund are said to have shown an interest in the goalkeeper.

But now it’s clear that United are planning for the future with him between the sticks, while De Gea could move on.

The Spaniard has come close to leaving United on several occasions, most notably in August 2015 when he nearly joined Real Madrid.

A broken fax machine allegedly denied De Gea the move although his former club Atletico Madrid could offer him the chance to return to his homeland this summer.