Rodrigo De Paul has confirmed he wants to join Leeds United this summer. The Argentina international responded to a tweet on Twitter confirming his desire to move to Elland Road. Udinese midfielder De Paul has been linked with Leeds throughout the summer window.

The account wrote: “Apparently he’s keen on the move but it now rests with the clubs.”

And the 26-year-old responded with “Yes”, followed by the crossed fingers emoji.

De Paul has been at Udinese since 2016, making 146 appearances for the Serie A club in total. 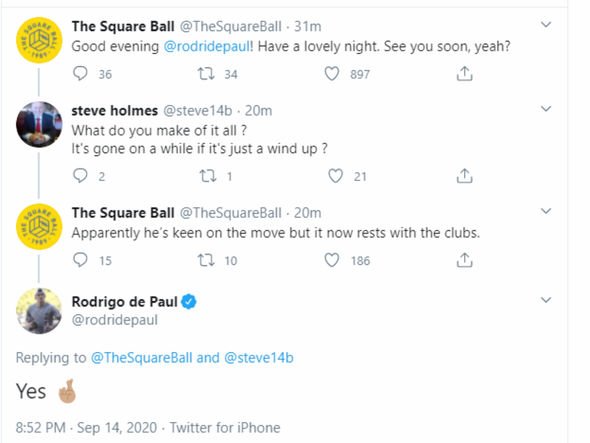 He was left out of the squad for the friendly against Vicenza on Sunday night.

Leeds must now agree a fee with Udinese for the midfielder.

Last month it was reported they were looking for around £31million for his signature.

Meanwhile, Leeds’ return to the Premier League got off to a losing start on Saturday at defending champions Liverpool.

The Whites came from behind on three occasions only to lose 4-3 thanks to a late Mohamed Salah penalty.

And manager Marcelo Bielsa was not best pleased with the outcome despite a spirited effort from his side.

“It was a just defeat,” said Bielsa.

“It was a rival who made it hard to neutralise them.

“In the second half especially, we struggled to get the ball from defence to attack, we didn’t create danger and although the effort was very good, it wasn’t enough to play the game on even terms. 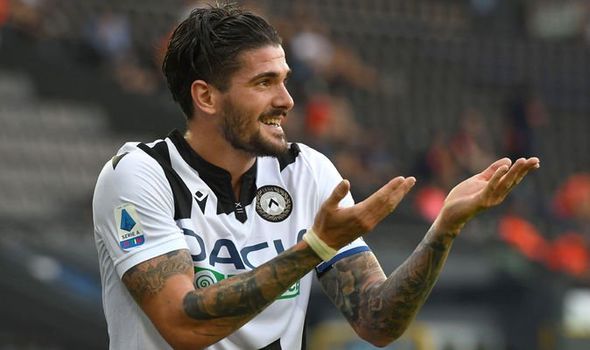 “Of course I value the rebellion of the team, we also stopped Liverpool from playing as well as they usually do.

“We made a lot of effort to stop them from showing their individual brilliance, but the final analysis shows Liverpool were superior.

“During large parts of the game we were able to match them and we had good efficiency, but lacked in construction of the game.”