Brendan Rodgers was once mocked for his cringey soundbites but is now one of the best around… after missing out on the title at Liverpool, he returns to Anfield looking to go one better with leaders Leicester – and he knows he can’t let this chance slip

Brendan Rodgers promised to fight for his life when, at 39, he replaced club legend Kenny Dalglish as Liverpool manager.

He had only been a Premier League manager for a year, but plaudits had come in from all sides in praise of his Swansea side, who had proved such a breath of fresh air with their commitment to passing football.

Tasked with turning around Liverpool was no small ask in 2012. They were three years out of the Champions League, and it had been just two since the bitter departure of Rafa Benitez and the abortive, but mercifully short-lived reign of Roy Hodgson. 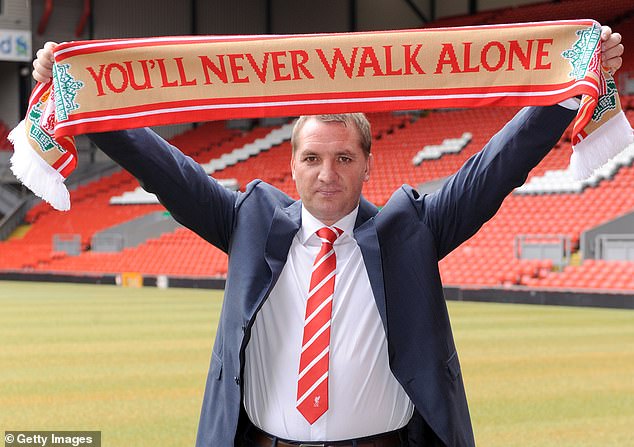 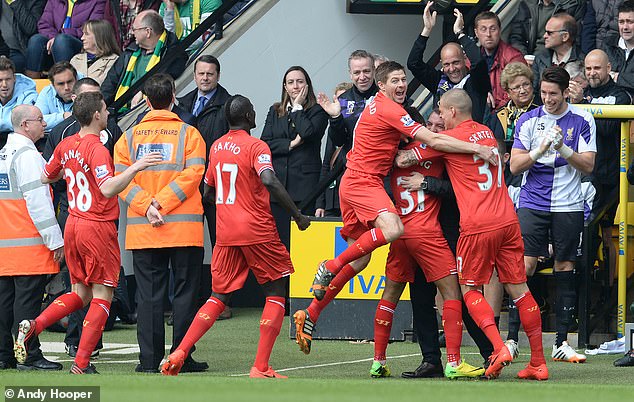 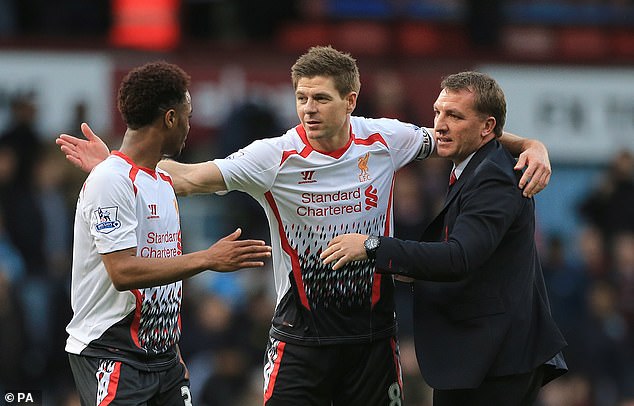 Owners FSG had been in situ for just 20 months, and the damaging effects of their hated predecessors, Tom Hicks and George Gillett, were still being widely felt.

Rodgers admitted early on that the task of management was ‘like trying to build an aircraft while it is flying.’ The former Watford and Reading boss certainly had a way with words.

He once said, during his final season at Swansea: ‘It is great for the public here at Sunderland to see us. They must have been wondering what this team everyone is talking about are all about and now they have seen. We were wonderful.’

But as Liverpool manager his words and actions carried more meaning. It was something Hodgson struggled to grasp, but Rodgers seemed to thrive on that increased attention and the glare of the media spotlight.

He was thrown in at the deep end, given a starring role in the widely-derided club-sanctioned documentary ‘Being Liverpool’. It was a launchpad for Rodgers into the homes of the average football fan across the country. 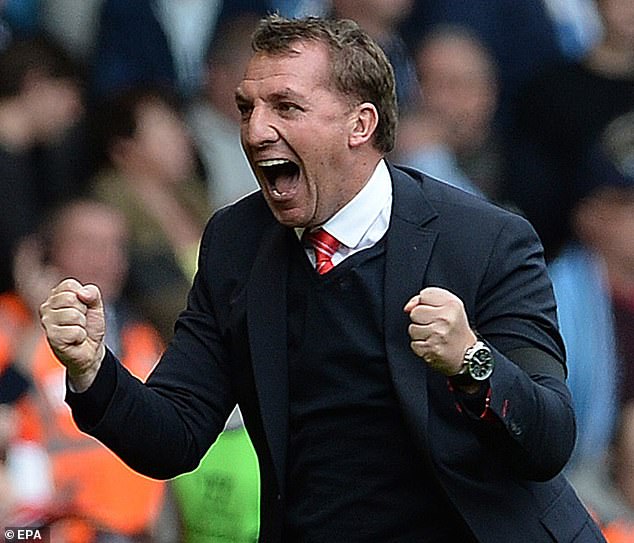 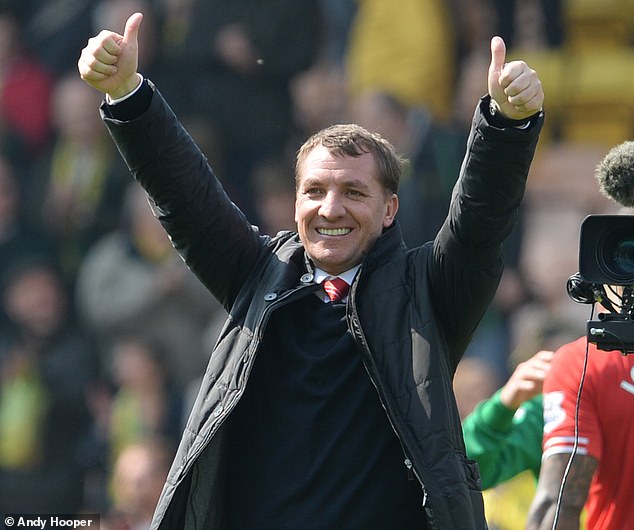 If you didn’t have a strong opinion of Rodgers either way before the documentary, then that certainly changed in the autumn of 2012.

Episode one saw him offer a guided tour of his house, which included a framed portrait of himself on the wall. The painting may have been a gift from a charity he had helped in Swansea, but seeing it hung pride of place in the family home sat uneasily with many.

The new Liverpool boss strayed dangerously into David Brent territory as he spoke of being born with a ‘silver shovel’, instead of a silver spoon, opined that ‘player plus environment equals behaviour’ and even claimed ‘my biggest mentor is myself because I’ve had to study and that’s been my biggest influence.’

If Rodgers continues to seek motivation from himself then he will be relishing his return to Anfield on Sunday. For the first time since 2014, when he took Liverpool within a Steven Gerrard slip and a late collapse at Crystal Palace of a memorable league title win, Rodgers is back atop the Premier League. 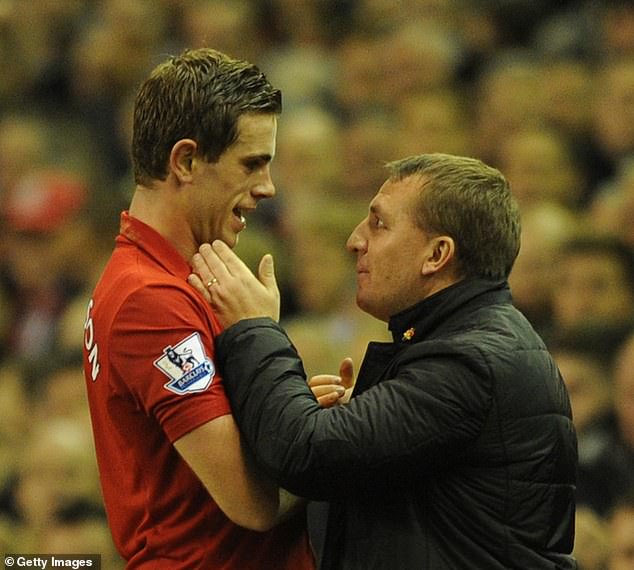 It is delicious irony that his first game back at the top will come at his former home. Rodgers retains warm relations with Liverpool and spoke glowingly about his old club, and the man he handed the captaincy to, Jordan Henderson, after they ended the 30-year drought in the summer.

It would be easy for Rodgers to be resentful towards the club who booted him out just 17 months after he took them so close to that coveted league title. His reign unravelled in a dreadful 2014-15 season, where the attacking panache of the near-title season disappeared, and ended in that infamous 6-1 drubbing at Stoke.

His stay of execution lasted just eight games into the new season when he was sacked after a 1-1 draw at Everton. Liverpool were 10th in the table and just six points off leaders Manchester City in October 2015.

It did not fall apart for Rodgers, it just got stale. He drew five of his last six games in charge 1-1. As surprising as his sacking was, and it infamously had Thierry Henry grabbing Jamie Carragher’s leg live on Sky Sports, it was a relief and a mercy for the manager. 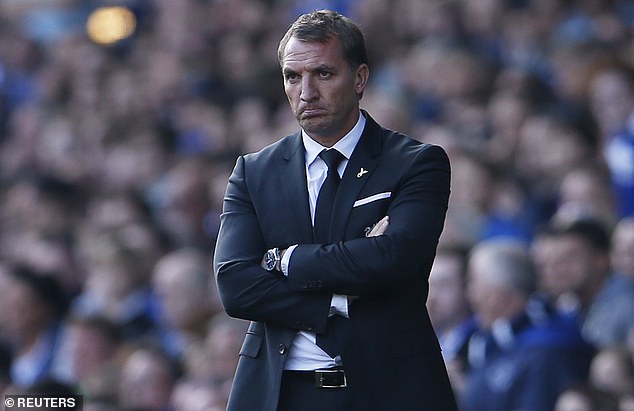 It gave him the chance to take stock and come back better. Just as Klopp benefitted from his short sabbatical after a difficult final season at Borussia Dortmund, so Rodgers enjoyed some time off before taking the Celtic job in the summer of 2016.

When he finally returned to the Premier League in February 2019, he was immeasurably more experienced after his time as a serial winner north of the border.

But this is not his first time back at Anfield. Last year his Leicester side were undone by a stoppage-time penalty from James Milner in Liverpool’s relentless pursuit of that elusive league title. But this will mean something for Rodgers, as he seeks to repeat Leicester’s fairytale triumph of 2016.

He will remember, too, how it all badly unraveled last season. Liverpool went to Leicester on Boxing Day last season with a 10-point lead at the top, but it was felt that they were there for the taking on the back of an energy-sapping trip to Qatar for the Club World Cup. 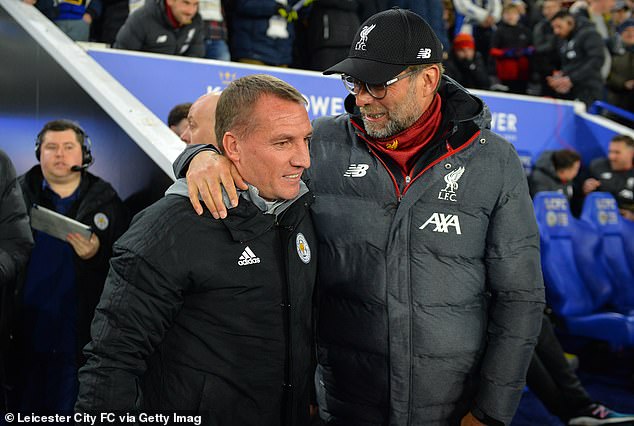 Rodgers has watched his successor, Jurgen Klopp (right) go on to prove a huge success 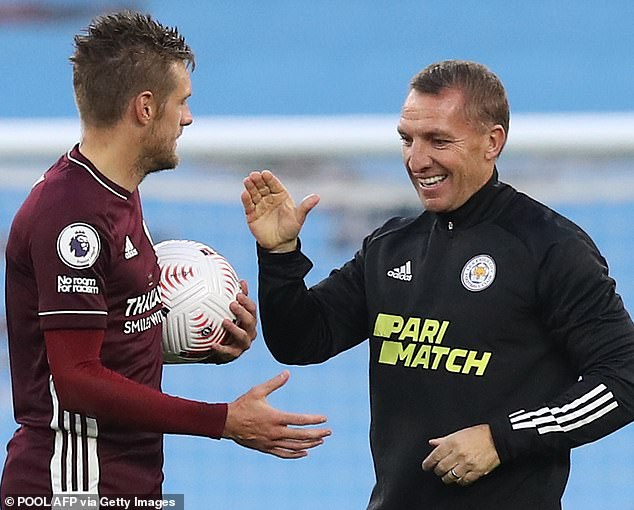 But Liverpool decimated their nearest challengers 4-0, opened up a 13-point lead over the Foxes and never looked back. Rodgers’ side never recovered, and won only six of their final 19 games, dropping out of the top four entirely after a final day defeat by Manchester United in July.

It has been an impressive recovery from Leicester to bounce back so strongly in this strangest of seasons. Eight games in, they sit top of the table and have notched up impressive away wins at Manchester City and Arsenal already.

In defence, Timothy Castagne has slotted in seamlessly in place of the injured Ricardo Pereira, while 19-year-old Wesley Fofana has proved a revelation at centre-back. Harvey Barnes has emerged as one of the most exciting attack talents in the league, and James Maddison is beginning to flourish once more.

While Liverpool contend with their own spate of injuries, Leicester’s problems appear to be easing. Jamie Vardy is back fit and firing again, while Fofana, Castagne, Pereira and Wilfred Ndidi have all returned to training this week after suffering their own niggles.

Going back to Anfield and facing champions Liverpool, who could be shorn of their entire first-choice defence through injury, will not faze Rodgers in the slightest.

Being the man to deny Liverpool a club record 64th league game without defeat at Anfield? Well, that would be very sweet indeed.