Arsenal’s 11-game winning streak came to an end with a 2-2 draw at Crystal Palace on Sunday while fellow Londoners Chelsea cruised to a 4-0 victory at Burnley.

Most of the drama came at Selhurst Park where Palace were given two penalties by referee Martin Atkinson.

But Sportsmail had a keen eye on both 1.30pm kick-offs in the Premier League and have rounded up a list of things you may have missed. 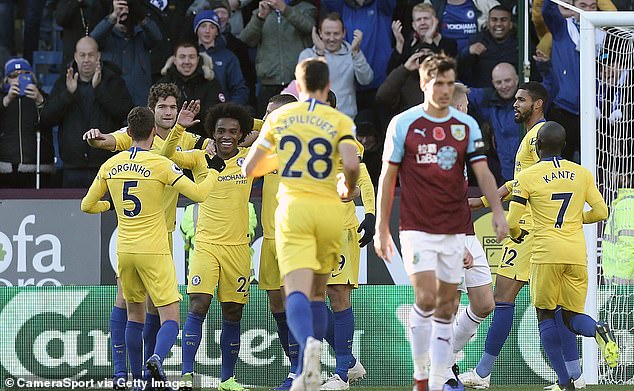 Holding had his shirt ripped during an altercation with Palace forward Jordan Ayew in an incident which occurred just before the hosts earned a corner.

Ayew was not penalised and Palace won a spot-kick from the resulting corner, which Luka Milivojevic converted. 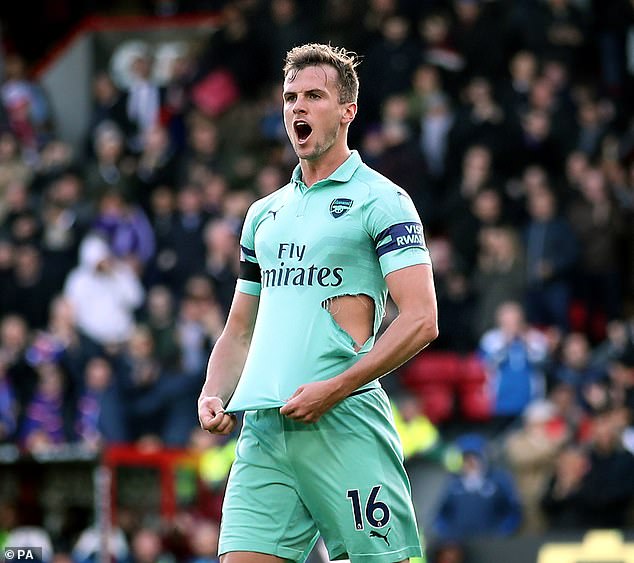 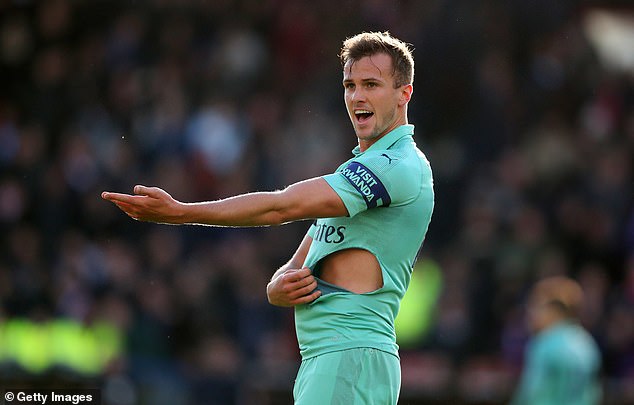 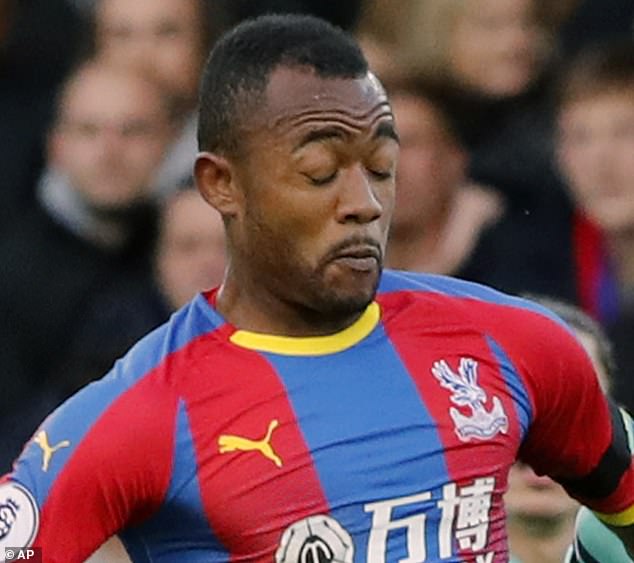 Arsenal took the lead in controversial circumstances when Pierre-Emerick Aubameyang poked home at the far post after Alexandre Lacazette had punched the ball into his path.

Referee Atkinson failed to recognise what was a blatant handball despite furious protests from several Palace players.

The Premier League refused to credit Lacazette with an assist in their official fantasy football game.

Lacazette’s punched pass had taken a slight deflection off Ayew, which altered its path slightly, but perhaps FPL bosses just couldn’t bring themselves to reward the Frenchman’s rule-bending? 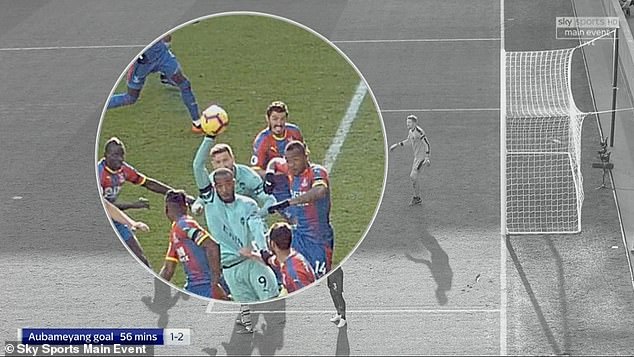 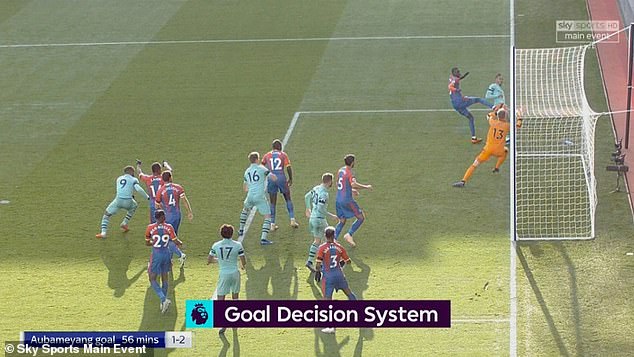 Black armbands were worn at both 1.30pm kick-offs.

Burnley were hosting their first home match before Remembrance Sunday.

The Clarets tweeted: ‘Please be aware that as part of our Remembrance Day commemorations, there will be a minute’s silence ahead of kick off today, accompanied by The Last Post, in memory of the fallen.

‘The players will be wearing black armbands.’

Meanwhile, the black armbands at Selhurst Park were in response to Saturday’s tragic events in Leicester where Vichai Srivaddhanaprabha’s helicopter crashed moments after taking off from the King Power Stadium pitch.

Arsenal tweeted: ‘We’re wearing black armbands this afternoon – and our thoughts remain with everyone at @LCFC’. 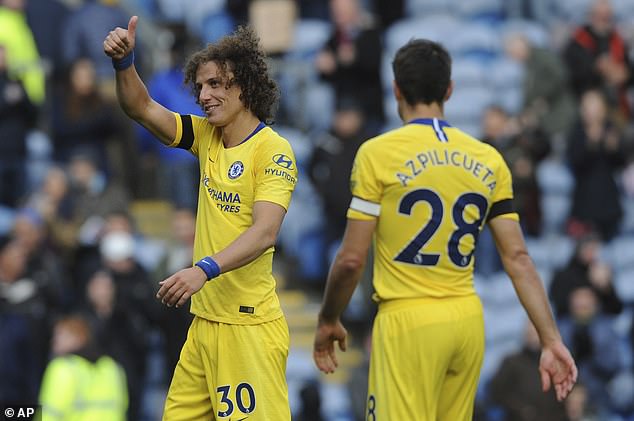 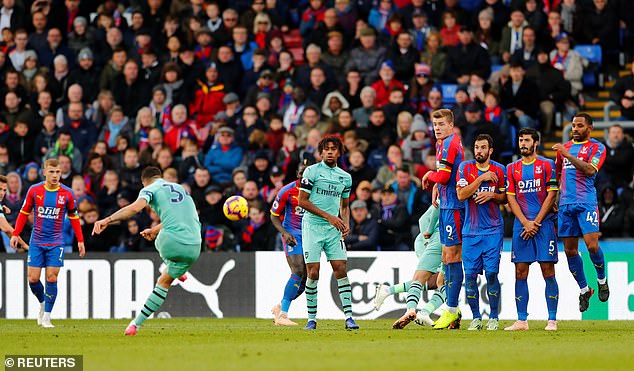 Players at Selhurst Park also wore armbands, with Arsenal claiming they were for Leicester

The Gunners recovered from a first-half deficit to earn a point at Palace.

Arsenal have been level or behind at half-time in all 10 of their Premier League matches so far this season, yet they have won seven of those games. 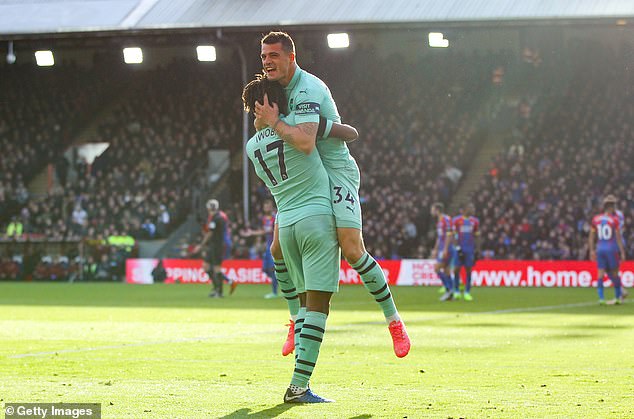 Morata finds form on the road

The Spanish striker also scored in Chelsea’s last away game — a 3-0 success at Southampton earlier in the month.

His two goals mean he has now has scored in back-to-back Premier League away games for the first time since September 2017. 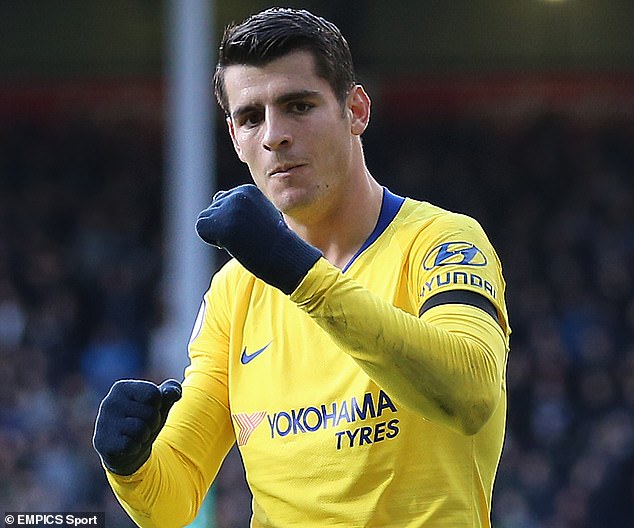