Richarlison scored twice as Brazil breezed past Ghana with a comfortable 3-0 victory in a friendly in France on Friday.

Brazil’s first-half performance gave fans plenty of reason to be excited by a young team heading into the World Cup when they will bid for a record-extending sixth title. 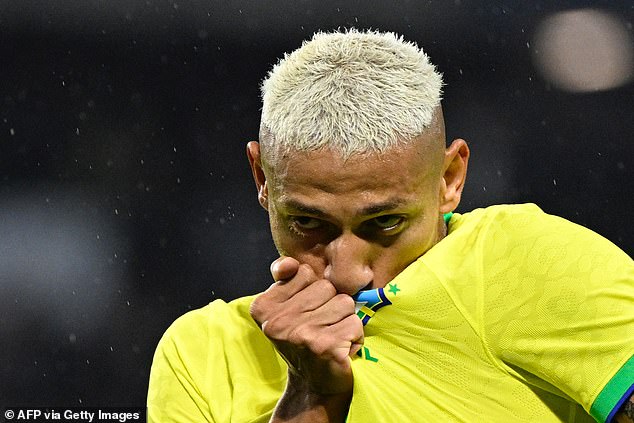 Marquinhos opened the scoring after nine minutes with a bullet header from a corner by Raphinha.

Richarlison extended the lead 19 minutes later with a pin-point first-time strike from the edge of the area into the bottom left corner.

The Tottenham Hotspur forward added the third five minutes before halftime with a clever header from a free kick by Neymar. 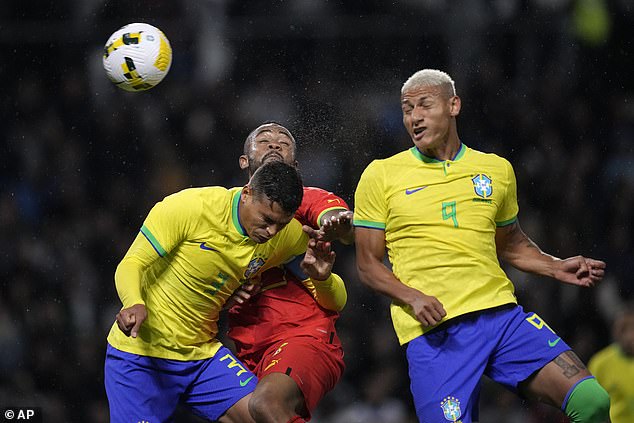 ‘I hope that Brazilian fans believe in me more because here in the national team I score a lot,’ Richarlison said.

‘I’m wearing jersey number nine and every time I wear it Iâm scoring a goal. I come here, and I do my work quietly.’

With victory assured and heavy rain falling in Normandy, the five-times world champions eased off in the second half as manager Tite sent on several substitutes. 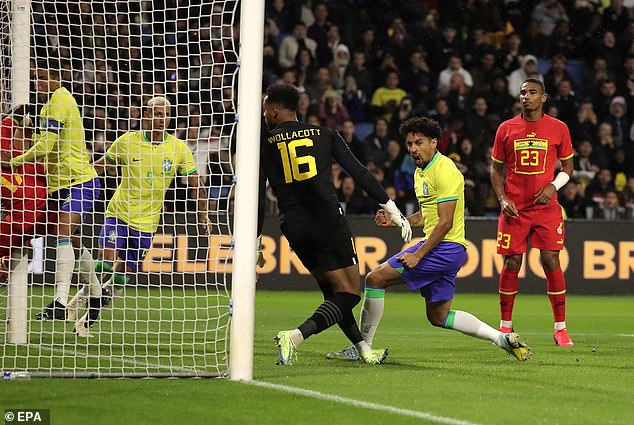 Antony almost scored the fourth in the 75th minute from a cross from Lucas Paqueta after a fine combination between the West Ham midfielder and Neymar.

The PSG forward played the whole 90 minutes as an attacking midfielder.

Neymar almost scored a brilliant goal in the 80th minute after sprinting past three defenders but sent his shot just wide and he lashed a stunning long-range strike past the post.

Brazil play Tunisia in Paris on Tuesday, their last game before their World Cup Group G opener against Serbia on November 24.