Home » Soccer » Red steamroller: Attack vs defence as Liverpool go through the gears

Red steamroller: Attack versus defence as Liverpool go through the gears against Cardiff City at Anfield

It was easy. Then again, it is easy most weeks now. There used to be a time, not so long ago, when Liverpool had a habit of fluffing straightforward opportunities but that is no longer the case.

One-sided days such as this at Anfield, particularly for visitors from outside the top six, when it is effectively attack versus defence, are becoming the norm.

This, clearly, is progress. Liverpool have historically been strong at Anfield but there have been times in the Premier League era when weaker opponents — Swindon, Barnsley, Wigan and Hull — have plundered a result against the odds. Now, they simply get steamrollered. 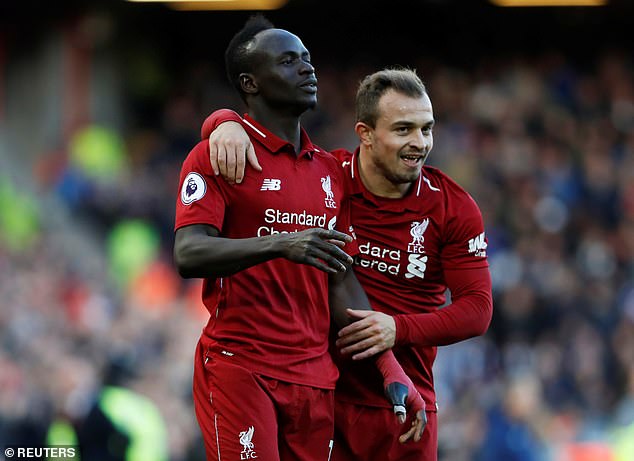 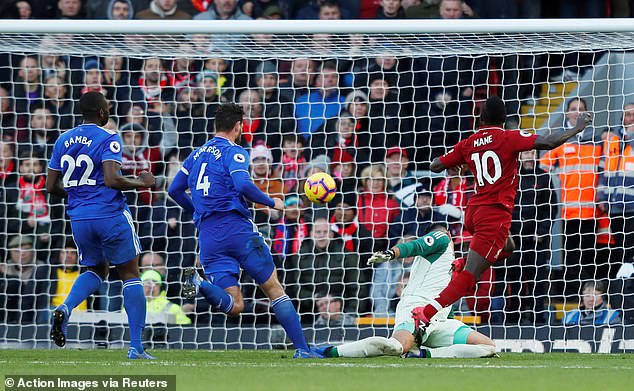 Liverpool have played 13 Premier League games at Anfield in 2018, winning 10 and drawing three, two of which were against Manchester City and Tottenham. They have not lost at home in the league since April 2017, an unbeaten sequence of 26 matches.

Not at any point did Cardiff threaten to puncture Liverpool’s momentum, not even when Callum Paterson became the first visiting player since West Ham’s Michail Antonio in February to score there. In a strange way, though, Liverpool almost needed a punch on the nose to wake them up.

In the blink of an eye, a potentially precarious 2-1 lead became a 4-1 chasm and the final 10 minutes in which they cut loose and ran through the gaps Cardiff had left, scoring goals through Xherdan Shaqiri and Sadio Mane, showed why Neil Warnock’s first inclination was damage limitation. 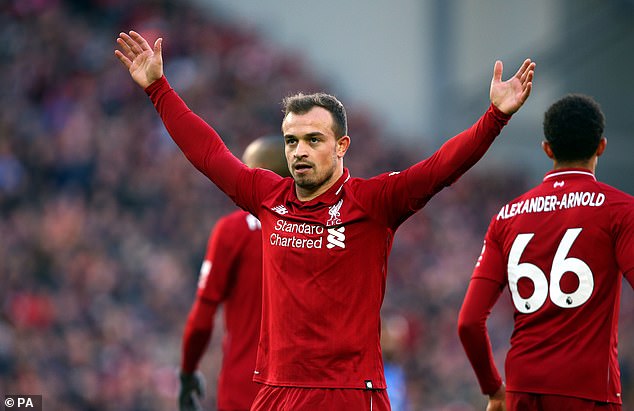 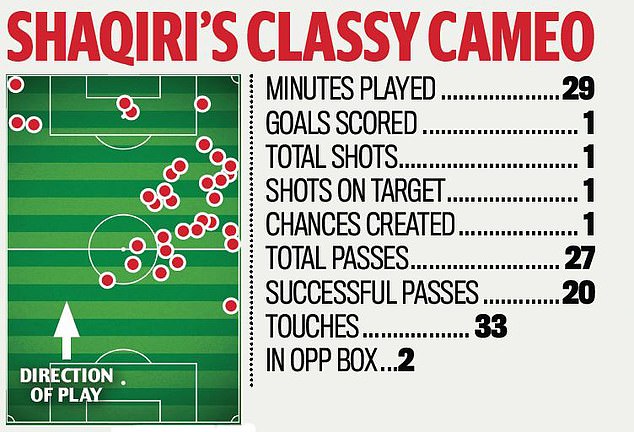 ‘I don’t want to say the game was boring but it’s more difficult than other games,’ said Gini Wijnaldum. ‘When you play a top team, they will try to create chances. So when you have the ball, you will have more spaces.

‘They will try to press you and maybe behind the guy who will press there will be space. But, with Cardiff, they don’t really press. They were marking the spaces and had wingers who were like a left back and right back. It was difficult but we managed to score four goals, so it was a good result.’

There will be more good results to come. Liverpool have not hit scintillating levels yet but the foundations they have laid during these opening nine assignments are strong.

In the second period, particularly after Shaqiri had been introduced, those eye-of-the-needle balls started to end up at the feet of Red attackers and the goals began to flow. 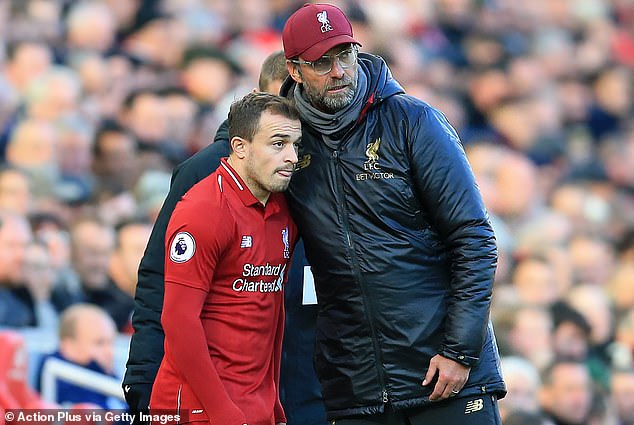 Klopp knows Liverpool have to step on the gas in terms of the amount they are scoring and it is why making the most of opening opportunities against teams such as Cardiff is imperative. The title race could come down to fine margins and City effectively have a point advantage with their goal haul so far.

‘We chase goals,’ said Klopp, whose side will face a proper challenge at Arsenal on Saturday. ‘We want to create moments where we can score in each situation and sometimes that will happen but we cannot put pressure on the boys to do this.

‘We didn’t do this in the last two games and they did it anyway so this is good. That’s their nature — they want to score goals. You don’t have to put pressure on them.

‘First, we have to collect the most points and if we can do that then everything is fine. If not, we have to think differently.’