9min: A few empty seats around the Bernabeu as Madrid look content in being patient and are just biding their time to break down the visitors.

6min: Madrid continue to enjoy possession of the ball after Karim Benzema has an opportunity to break the deadlock, but his effort goes wide of the post.

3min: As expected Real Madrid start the game with plenty of the ball as they try to move Valladolid from side to side. 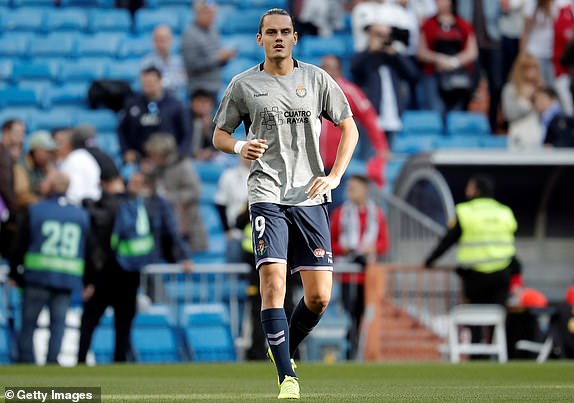 Real Madrid’s nightmare start to the season sees them go into today’s encounter with Vallodolid in ninth place. The visitors arrive in sixth on 16 points.

Barcelona lead the way as they look to secure back-to-back titles but the immediate objective for Madrid is to climb the table, starting with a win a today.

Every match right now is a must win as the club look to arrest their 2018-19 slump. 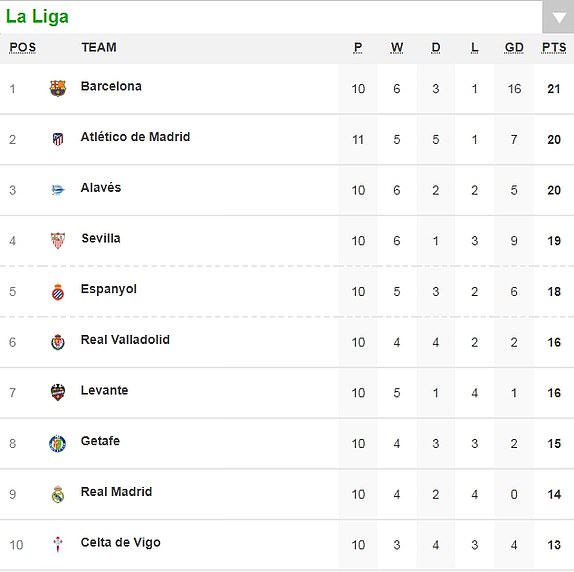 PETE JENSON: ‘We are all just passing through and even more so in this profession,’ said Santiago Solari at his first press conference. Real Madrid’s 42-year-old coach is philosophical about the job in hand and about the sporting life in general.

He may look like a novice and his coaching CV is short but he is someone who has been immersed in football since birth so no situation really ruffles him.

His father Eduardo was a tough holding midfielder for Rosario Central and played from 1966 to the early 80s. His subsequent management career lasted almost 20 years. Santiago’s uncle Jorge also played and coached professionally and brothers Esteban and David both became players. 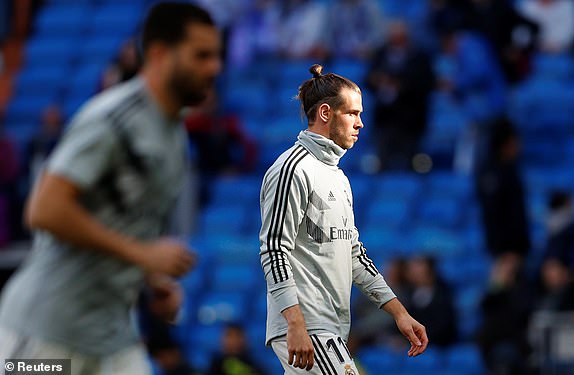 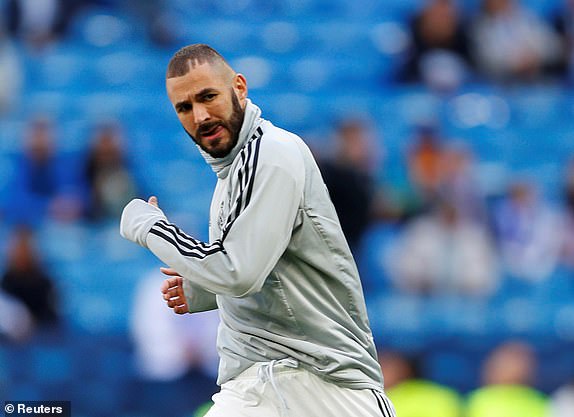 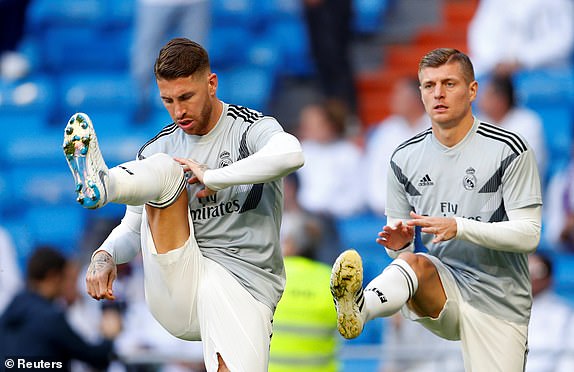 Bale, Real’s record signing, has been in the firing line this week for a limp display in the thrashing at the Nou Camp.

The result led to coach Julen Lopetegui being sacked after a fourth league defeat in five games, which has left the team ninth in La Liga.

Madrid will want to respond to the 5-1 El Clasico humiliation last time out – a result that cost Julen Lopetegui his job.

Interesting bit of team news is that 21-year-old Sergio Reguilon, a left back in the youth ranks, is given a start in the absence of first choice Marcelo.

Isco, who started against Barcelona, drops to the bench with Marco Asensio given the nod to start in the front three alongside Karim Benzema and Gareth Bale.

Madrid sit three places and two points below the visitors in ninth place after not winning a league game since September 22.

Caretaker manager Santiago Solari will be looking to get the club back on track in his first league match in charge.

Real Madrid welcome Real Valladolid to the Bernabeu in the league on Saturday afternoon.

Caretaker manager Santiago Solari will be looking to get the club back on track in his first league match in charge. Julen Lopetegui was sacked as Madrid manager on Monday night following their humiliating 5-1 defeat at rivals Barcelona just the day before.

Madrid are two points behind Real Valladolid as they look to end their run of five league matches without a win.

Get all the updates from the La Liga encounter right here with Sportsmail’s KATE McGREAVY. 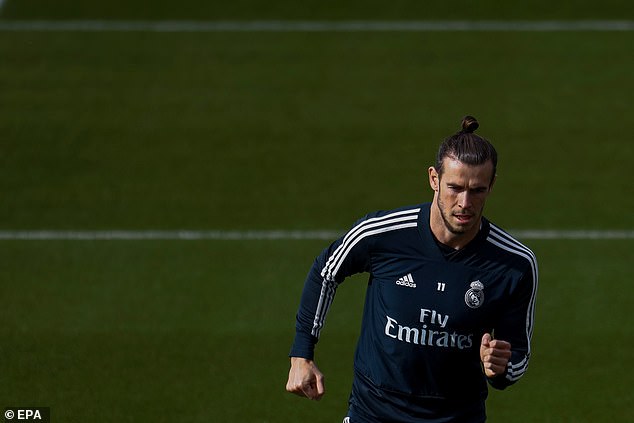