Rangers boss Steven Gerrard is still optimistic despite seeing his side miss four out of their last five penalties. The 39-year-old has admitted that what they have tried to do to address the problem hasn’t worked yet, but despite this he is hopeful it will be resolved in the future.

The latest Rangers star to not score from the penalty sport was new signing Ianis Hagi.

The 21-year-old, who is the son of legendary Romanian footballer Gheorghe Hagi, saw his spot-kick saved during Rangers’ Europa League clash against Sporting Braga.

Braga star Raul Silva was adjudged by VAR to have handled Ryan Kent’s corner in the box, but Hagi’s penalty attempt was then saved by Braga keeper Matheus.

Rangers went on to win the game 1-0, with Kent scoring just past the hour mark, and at the final whistle they had beaten their Portuguese opponents 4-2 on aggregate.

JUST IN: Premier League refuse to deny Liverpool could miss out on title because of coronavirus 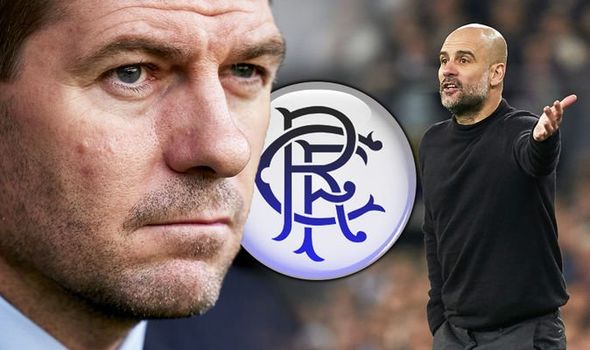 However, reflecting on the penalty miss Gerrard insisted that even top team like Pep Guardiola’s Manchester City also have problems scoring from 12-yards out.

“We’ll try and find a solution,” he said.

“Penalties are one where players have to take ownership, really.

“But, when the next one comes around I’m sure we’ll have a willing penalty taker that is brave enough to stand up and take that opportunity.

“I see Manchester City, one of the best teams in the world, having a similar situation to ourselves.

“We are not the first team to have this situation and I’m sure we’ll come through it.” 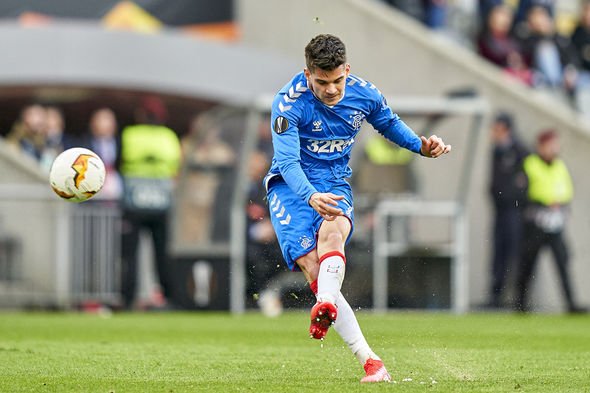 And while Gerrard thinks Matheus made a fantastic save to stop Hagi’s spot-kick, he admitted he was puzzled by where the Romanian had placed the ball for his attempt.

“It was a fantastic save on Wednesday,” he added.

“We practise penalties before every game with two or three different players.

“Ianis’ penalty execution leading in to St Johnstone and Braga was outstanding. I mean outstanding.

“But he never put the penalty in the place where he was practising. Which was quite strange.

“But I’ve missed penalties myself. It is about your reaction and your approach to the game thereafter.

“I’ve seen penalty takers that go missing in those situations.

“The good thing for me is that he moved on from it and still had the big, key important moment to win us the match.”