Crystal Palace boss Roy Hodgson has backed Raheem Sterling to play a key role for England at the Euros despite firing another blank for Manchester City at the weekend.

Sterling’s indifferent form resulted in him being left on the bench for City’s win away over Paris Saint-Germain in midweek and he failed to make the most of his starting berth in London.

Hodgson handed the 26-year-old an international debut as England manager in 2012 and is positive the winger can remain a key figure for Gareth Southgate at Euro 2020 next month.

“I am a great admirer of Raheem, I think he is a fine player,” Hodgson said. “It is a wonderful position to be in if you’re Pep Guardiola that you believe you have other players you prefer to use to Raheem.

“But I am pretty certain in terms of England, he will still be an important player and an important cog in the wheel because he has so much ability.

“The skillset he has and ability he has to beat people, get into goal-scoring positions and score and set up chances, they are hard skillsets to find. 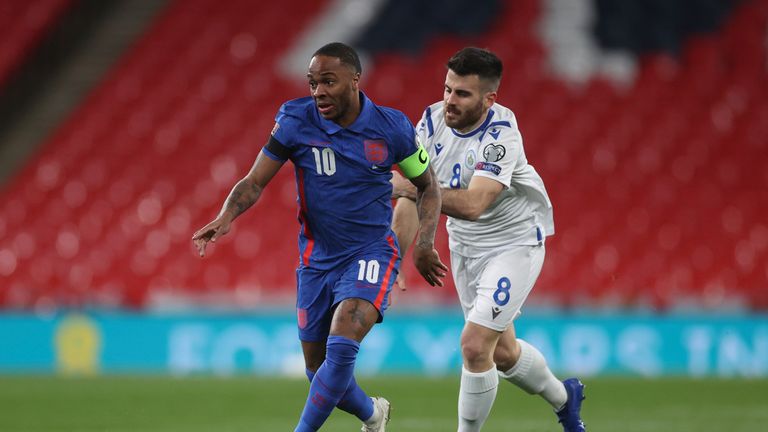 “And a great quality Raheem has got, and one I have always admired in him, is he is not a player who stays up there and waits for the ball to come to him.

“He makes certain he goes in search of it and when he loses it, he gets it back and plays an important role in the team’s defensive work.

“These are things we as coaches expect of our players these days, but it’s not always easy to get it.”

Pep: Sterling has to be ready

Sterling started City’s recent Carabao Cup triumph at Wembley but squandered three big opportunities against Palace, blazing over early on before he sliced wide under pressure in the area, and later in the game he hit the inside of the post from a tight angle.

The final effort summed up the luck of the former Liverpool forward, who has netted twice for England this season and found the net on 13 occasions for treble-chasing City.

While he finished with more than double that tally in each of the last two campaigns, Guardiola has warned Sterling to be ready for his next chance. 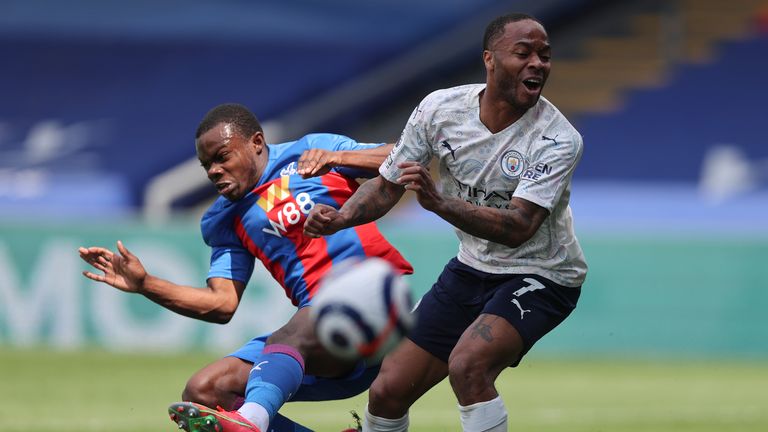 “He deserved to play in Paris but it’s unfair if I leave Phil (Foden) or Riyad (Mahrez) out now. It’s difficult for me. I’m justifying my decisions and I don’t want to,” the City manager admitted.

“Raheem played exceptional in the last two games and he has to be ready because we have a final and maybe he is going to play many minutes from the beginning.

“Maybe if we get to the final of the Champions League … everyone can play. That is the reason why over many years the commitment is there to be in a position to be where we were winning all these titles.”

City go into Tuesday’s semi-final second leg with the upper hand after a comeback win at PSG last week.

The Ligue 1 outfit could be without star forward Kylian Mbappe, who missed their 2-1 victory over Lens on Saturday with a calf injury. 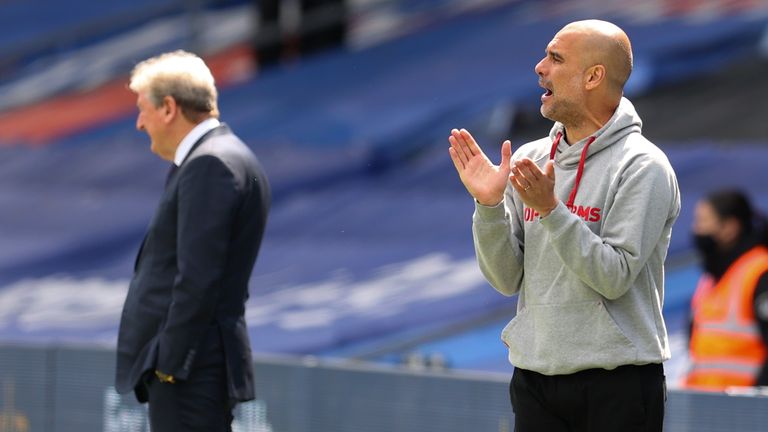 Even though the Manchester club hold a one-goal advantage, Guardiola will instruct his players to go for another win.

He added: “We have to do our job on Tuesday and make an almost perfect performance to reach the final.

“We are playing a team with the most talented players up front. It’s not just one, not just two, it’s three – even three-and-a-half.

“They can win the games in one single action. We have to play as a team with (an) incredible mentality to play to win. We have to be more aggressive to try to win the game. That’s why the commitment for everyone is there.”