Raheem Sterling apologised after winning a penalty in comical circumstances in Manchester City’s 6-0 Champions League victory over Shakhtar Donetsk at the Etihad Stadium.

The first of City’s two spot-kicks – both converted by Gabriel Jesus – was awarded when Sterling fell over having stubbed his foot on the ground while trying to shoot, with nearby Shakhtar defender Mykola Matviyenko having not touched him.

Sterling told BT Sport: “I went to chip the ball and I don’t know what happened next.

“I ended up on the floor and turned around. I don’t think I felt contact, it was just my bad.

“I hit the floor and scuffed the floor. Apologies to the ref (Viktor Kassai) and apologies to Shakhtar.”

In his post-match press conference, City boss Pep Guardiola admitted “we realised immediately it was not a penalty”.

Guardiola was then asked if there was any obligation at all for Sterling to indicate to the referee that he knew the way he had fallen.

In his reply he made reference to the incident in last season’s 2-1 quarter-final second-leg defeat to Liverpool when City’s Leroy Sane had a goal incorrectly disallowed for offside after the ball was inadvertently played to him by Reds midfielder James Milner.

Guardiola said: “He could do that, yeah. But last season, Liverpool – Milner could say (about) the pass for the second goal in the 44th minute, (that) it was a legal goal.

“He could do that, but of course (referee Antonio) Mateu Lahoz didn’t want to concede that goal, so that’s why it happened. 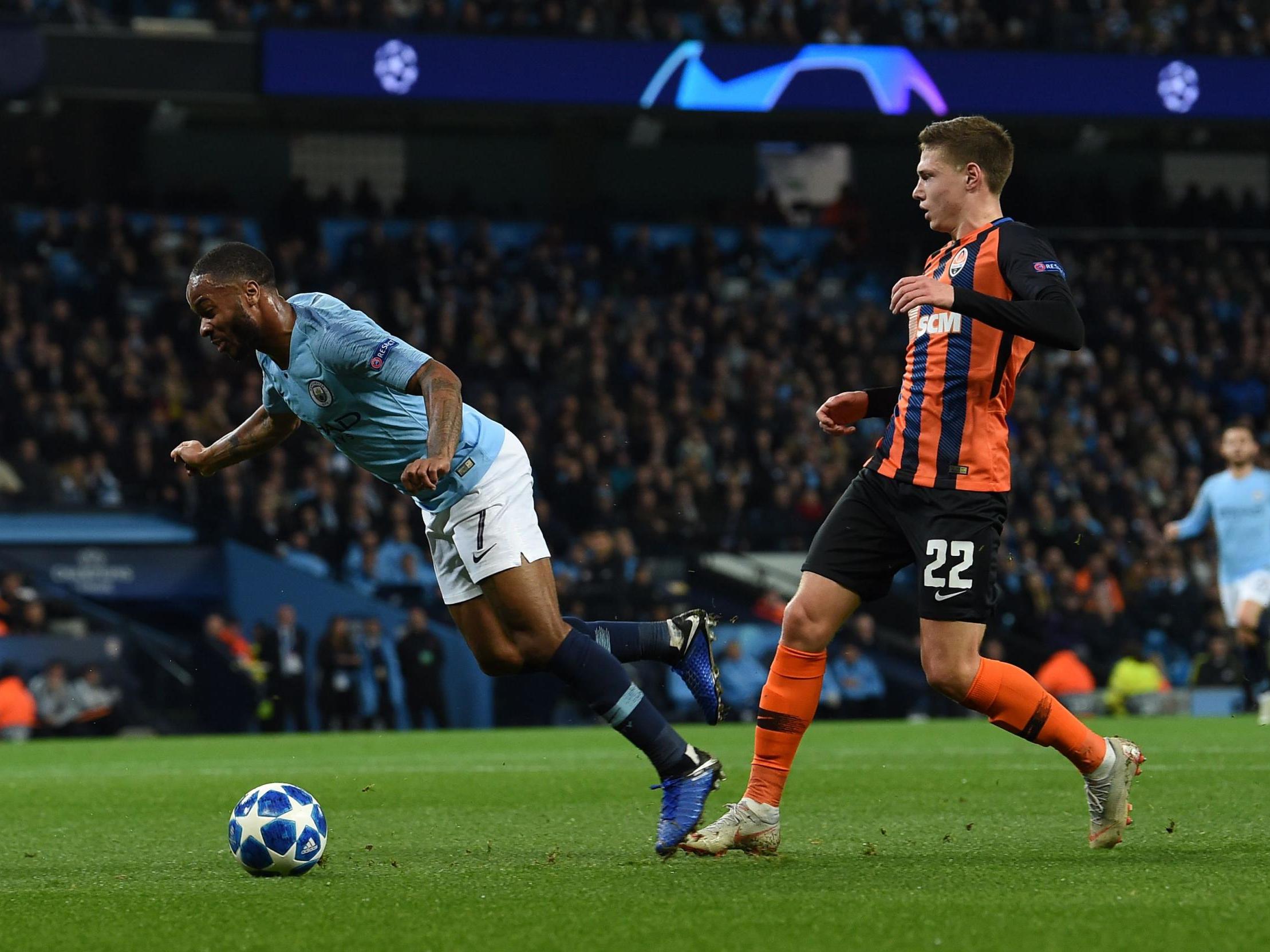 “You could do that. We don’t like really to score a goal in that situation.

“VAR is what it is. The referees, I said a long time ago, must be helped. They want to make a good performance, they don’t want to make mistakes, but today the game is quick and fast and the players are more skilled.

“They must be helped because in the end it takes three, four, 10 seconds for someone to say it is no penalty. It is what it is.”

He added when then asked if a coach would ever tell a penalty-taker to pass the ball to the goalkeeper: “No. I’ve never said (that), no. But I’m young, so I will learn.”

City were 1-0 up through a David Silva finish when the incident occurred midway through the first half. Sterling subsequently made it 3-0 with a fine goal, before Jesus added his second spot-kick and then then wrapped up a hat-trick, either sided of a Riyad Mahrez strike.

While City have moved closer to qualifying for the last 16, they would have had a place confirmed if Hoffenheim had not scored a late equaliser to draw 2-2 at Lyon.

Guardiola, whose Premier League league leaders beat Southampton 6-1 on Sunday, said: “I am (very happy), really I am. We did again an incredible performance.

“It is a tough competition, the Champions League. Unfortunately we are not already qualified for the next stage but we are so close and we (will) try to keep and maintain that level.”

City have nine points in Group F, Lyon – who they face away next – have six, Hoffenheim have three and Shakhtar have two.

Soccer
On This Day in 2011: Roberto Mancini and Carlos Tevez in substitution row