When you think of a compelling title race that excites and surprises its fans, Ligue 1 does not usually spring to mind.

Paris Saint-Germain have won seven of the last eight French top-flight titles and sat 12 points clear at the top of the table prior to the termination of the 2019-20 season due to the coronavirus pandemic.

Having finished 16 points clear the season before, many believed the 2020-21 campaign would be another PSG whitewash. However, the season has grabbed the attention of football fans around the world as several sides are in the running for the Ligue 1 crown. 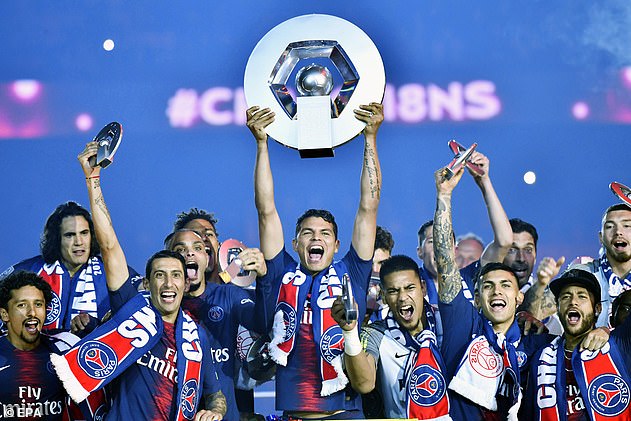 Champions PSG (pictured), Lille, Lyon and Monaco are all challenging for the Ligue 1 title

As it stands, it is Lille who are currently leading the way. Christophe Galtier’s side have burst onto the scene this season – losing just three of their 33 Ligue 1 fixtures. However, it is not just Lille who have asserted their dominance in the league.

Monaco and Lyon have edged their way into this years title race. With only five games left to play this season, there are just three points separating Ligue 1’s top-four teams. As a result, fans can certainly expect more twists and turns during the crunch end of the season.

As pressure mounts in the French top-flight, Sportsmail have examined who is most likely to walk away with the Ligue 1 crown this season.

Lille finished last season in fourth place after the 2019-20 season was controversially curtailed. The French side are, however, on course to pick up their first major trophy since 2011 this season.

Lille have performed consistently this season – beating the league’s weaker opponents while also holding Marseille and Lyon to a draw in their opening nine games.

As a result, they have occupied the top spot for the majority of the season. However, Galtier’s side have recently dropped points against Montpellier, Nimes and Strasbourg and allowed Monaco and Lyon back into the title race.

Therefore, with just five games left of the season, Lille will need to knuckle down and grind out the results as they look to close out the current campaign.

Galtier’s side will face title competitors Lyon away on Sunday, before taking on Nice, Lens, Saint-Etienne and Angers. 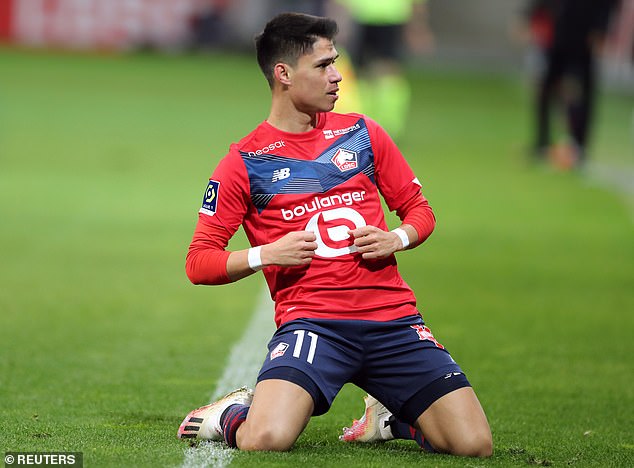 PSG have won seven of the last eight Ligue 1 titles, only finishing second behind Monaco in 2017. However, they started the current campaign awfully – losing their opening game against Lens 1-0.

Such a result was followed by a disappointing encounter with Marseille that saw them not only lose at home, but pick up several red cards for an injury-time brawl.

PSG’s miserable form continued, with the French side losing the same number of home games this season as they have in their previous seven seasons combined.

Nevertheless, PSG have still been touted as favourites to win the 2020-21 campaign.

Unlike the others, PSG are not faced with a difficult run of games as they look to close out the current campaign. The French side will face Metz, Lens, Rennes, Reims and Brest in their final games. 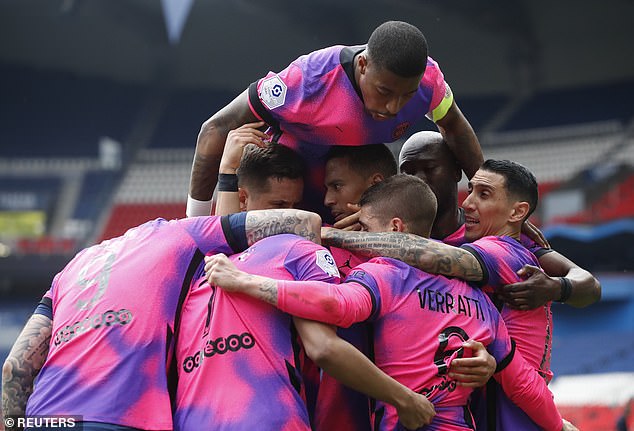 Despite their poor form this season, PSG have been touted as the favourites to win the title

Following their success in 2017, Monaco saw the likes of Kylian Mbappe, Bernardo Silva, Tiemoue Bakayoko and Benjamin Mendy pinched from the club. As a result, they have struggled to recreate such history.

However, this season they have won 16 of the 19 games they have played in 2021 and their latest victory at Bordeaux has seen them move just two points behind league leaders Lille.

The arrival of manager Niko Kovac last summer proved to be an inspired decision, with the team flourishing under his management.

Monaco got off to a slow start under Kovac’s tutelage – only winning eight out of his first 17 league games.

However, following the Christmas break, Monaco have rose from seventh in the table to third – sitting just two points behind leaders Lille.

As a result, Monaco are now being considered as genuine title contenders with just five games to play.

They will, however, have to overcome Lyon when the pair face each other on Sunday, May 2. 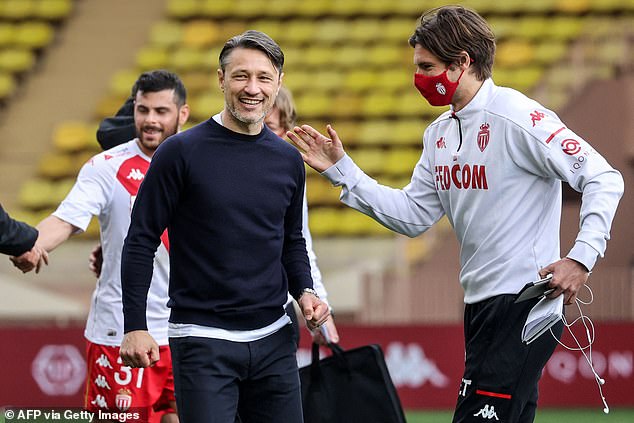 Lyon are no strangers to Ligue 1 success, having won seven French top-flight titles back-to-back between 2002 and 2008. The next four years did, however, see Bordeaux, Marseille, Lille and Montpellier claim the crown before PSG’s era of dominance started.

Nevertheless, Lyon – who are currently sitting in fourth on 67th points – have put last season’s forgettable campaign behind them and been touted as potential champions this season.

Lyon opened their campaign by thrashing Dijon 4-1 before losing to Montpellier. They did, however, go on to achieve four straight draws, putting them in the best form out of all the 2020-21 title challengers.

Lyon even held PSG to a scoreless draw in December – which proved to be the final nail in Thomas Tuchel’s coffin who was relieved of his duties just four days later.

Memphis Depay – who often lacks consistency – has played a pivotal role in Lyon’s title hopes – having found 18 goals. While Karl Toko-Ekambi has provided an additional 12.

Lyon are set to take on Lille next Sunday, before travelling to third place Monaco a week later. Both fixtures will be monumental to the Ligue 1 standings. 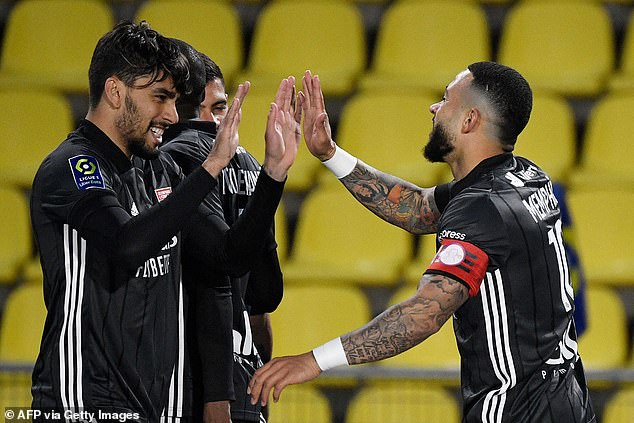 Lyon are no strangers to success, having won seven French top-flight titles back-to-back