Manchester City came from behind away from home to take a one-goal lead over Paris Saint-Germain in their Champions League semi-final.

City were often overwhelmed in the first half in Paris, with Marquinhos rising highest at the front post to glance home the opening goal from Angel di Maria’s delivery.

But Pep Guardiola’s side were much improved after the break. Kevin De Bruyne saw an overhead kick whistle over the crossbar, before the Belgian’s cross into the box evaded everyone and ended up in the back of the PSG net for the equaliser.

And the tie turned on its head after Riyad Mahrez struck a free-kick through the PSG wall to give City the lead. The hosts seemed to lose their composure and ended the match with 10 men after Idrissa Gueye’s red card.

Here are five thing we learned from the Champions League semi-final first leg.

Perhaps understandably given how PSG started, City’s first-half display was night and day to their showing in the Carabao Cup final against Spurs on Sunday, before it once again reached the heights of their Wembley victory.

City’s dominance that day was extraordinary, with Guardiola’s side often attacking with seven players in forward positions against a deep-lying Spurs team.

The English side were not as bold against PSG, at least to begin with. Their full-backs were positioned much deeper and Ilkay Gundogan played a lot closer to City’s back four.

This made sense, given the threat of Kylian Mbappe on the break, but the price of that was City lost an edge to their attacking play. Their two chances in the first half came from PSG mistakes and their attack was summed up by a woeful Joao Cancelo effort from 30 yards shortly before half time.

But it all changed, after half time. City were braver with their attacking shape and passed with greater urgency, and looked far more comfortable as a result. Their first-leg lead is just reward for the changes they made at the break. 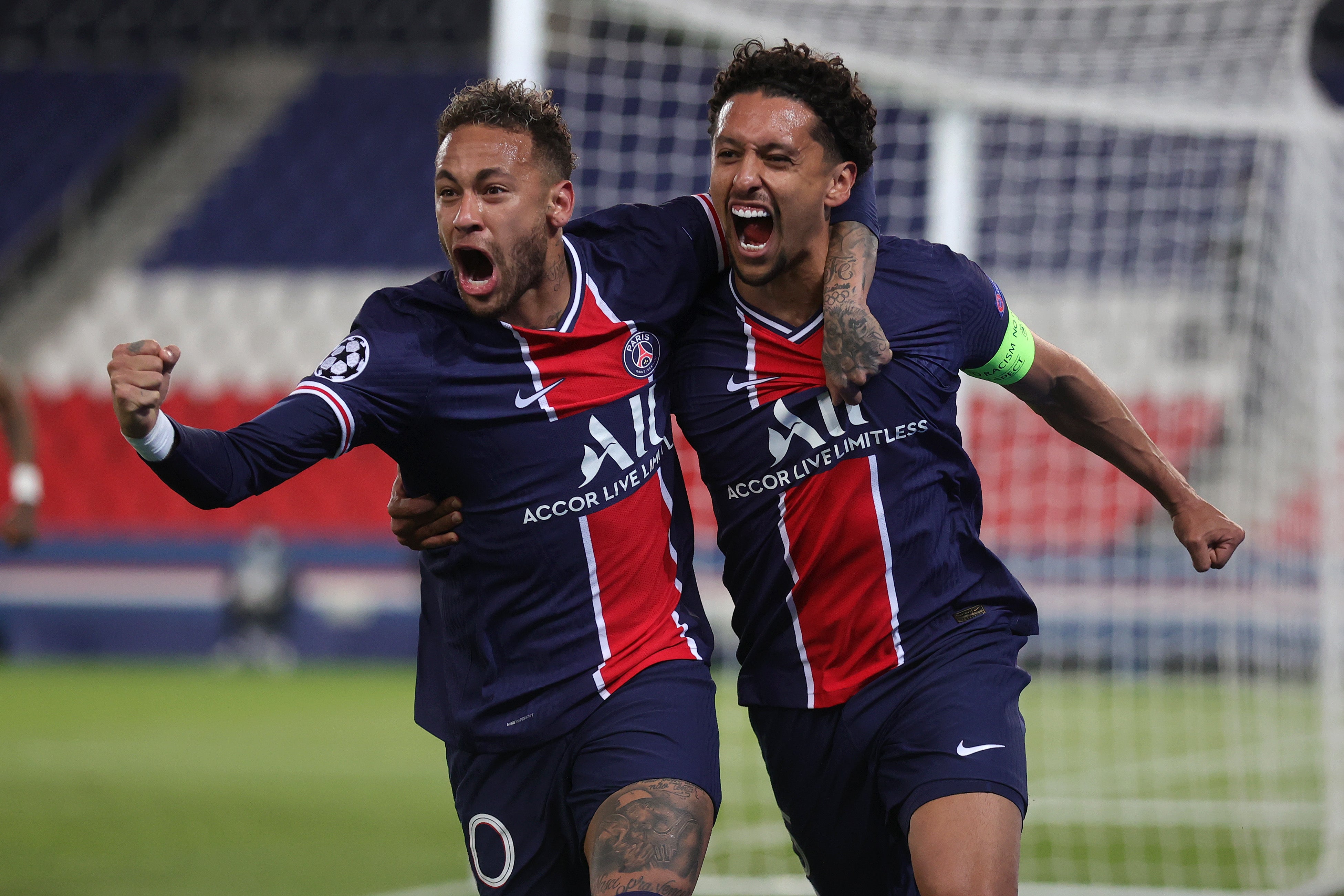 PSG show both sides to their play

Not many teams play against City with the authority that PSG displayed at the Parc de Princes in the opening 45 minutes, but the hosts threw their good work away with a timid second-half showing.

Before the match, the hosts were tipped to sit deep and play on the counter attack, but rather than soak up the City pressure, PSG were assertive and produced a complete performance in the first half.

Pochettino’s side passed the ball extremely well and City couldn’t get near them, with the balanced midfield three of Leandro Paredes, Idrissa Gueye and Marco Verratti contributing to their impressive share of possession, but that control vanished after the break.

And the hosts even began to lose their composure, with Neymar picking up a needless booking for a petulant foul – and things went from bad to worse after Gueye’s reckless tackle on Gundogan saw PSG reduced to 10 men.

Mauricio Pochettino has brought resilience to PSG, as was displayed in their win against Bayern Munich, and it will need to return for the second leg, as well as the quality they showed in the first half. 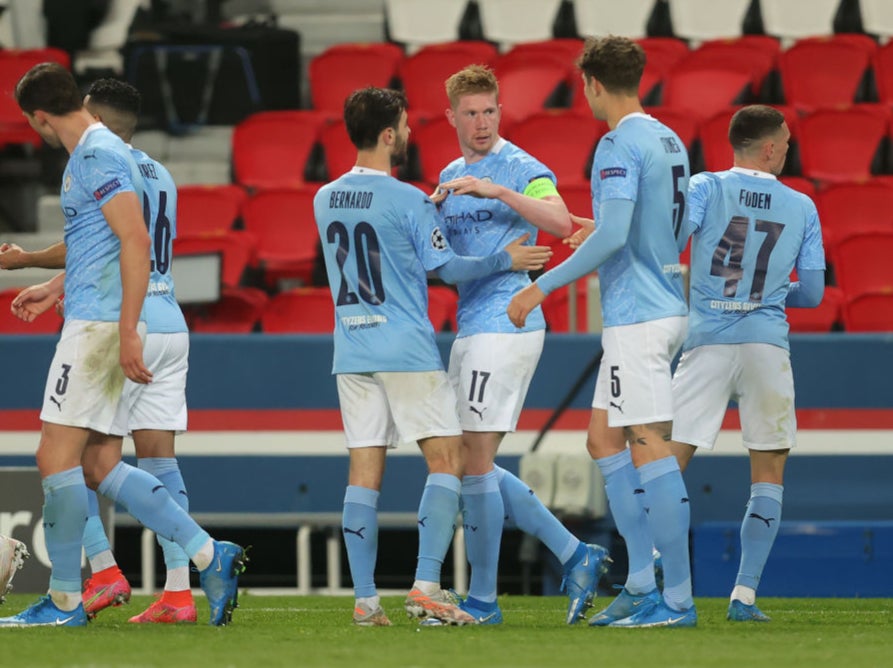 In winning in Paris, Pep Guardiola has put to bed an unwanted Champions League record.

The City manager had lost his previous three Champions League semi-final matches away from home, and has often been accused of tinkering with his game plans and over complicating his tactics in big games since.

There was a chance Wednesday’s match could have gone the same way, but Guardiola was measured and stayed calm when City were under pressure in the first half.

He now has a real chance to reach his first Champions League final since 2011.

Riyad Mahrez is enjoying his best spell at City since joining the club for record fee from Leicester in 2018, and was rewarded with the winning goal here.

The Algerian has made the right-wing position his own in recent weeks with consistently excellent performances. There was a time where the winger would be in and out of the side, but he is one of the fist names on the team sheet now.

He gave Mitchel Bakker a torrid time at the Parc des Princes, just as he did to Spurs’ Serge Reguilon on Sunday, and he showed his confidence with the shot that went through the PSG wall to give his side the lead.

PSG let down by Navas mistakes

Keylor Navas was outstanding in PSG’s quarter-final win over Bayern Munich, and was rewarded with a contract extension the following week, but the former Real Madrid goalkeeper showed why he is not considered to be in the game’s top tier of goalkeepers with his performance here.

The Costa Rican was culpable for both of City’s goals. De Bruyne’s cross from deep went in without a touch while Mahrez’s free kick may have gone through the PSG wall, but it was not in the corner.

The Champions League has long been PSG’s ultimate goal, but time and again in the competition they have been let down by their flaws as their weaknesses have been exploited.