Poland prepare to fly to London to face England despite registering THREE MORE coronavirus cases in their squad, taking the total to five on the eve of World Cup qualifier at Wembley

Poland’s preparations for their World Cup qualifier against England have been thrown into further chaos after two more players and a member of staff tested positive for Covid.

Poland’s media officer confirmed on Tuesday morning that players Grzegorz Krychowiak and Kamil Piatkowski had tested positive, as well as himself.

Poland face the Three Lions at Wembley on Wednesday evening at 7:45pm, and despite having recorded five positive tests recently, are getting ready to fly out to England. 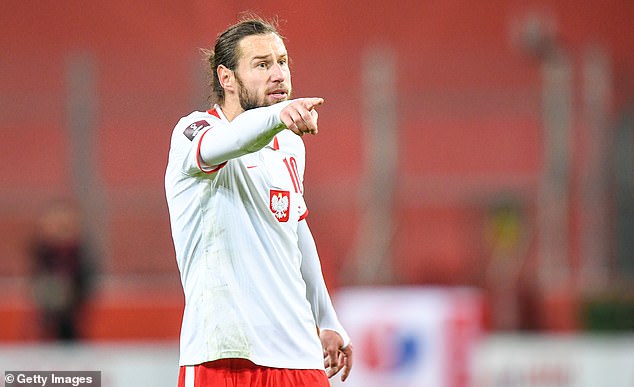 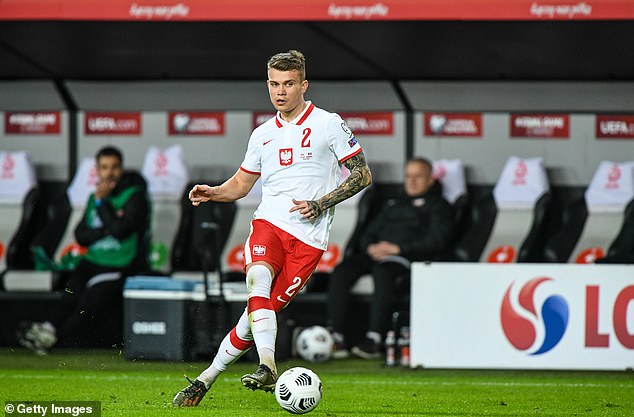 Jakub Kwiatkowski, media officer of the Polish FA, tweeted on Tuesday: ‘The Polish national team has undergone further tests for the presence of coronavirus.

‘Unfortunately, the results of Grzegorz Krychowiak and Kamil Piątkowski are positive.

‘Due to the fact that Krychowiak is a recovering man, we started talks with UEFA in order to clarify the matter and admit the match.’

Piatkowski is definitely out of the fixture in London, but Poland are currently seeking UEFA approval to find out if Krychowiak can travel with the squad despite his recent positive test.

The media officer then added: ‘Unfortunately, my test result was positive as well. The remaining members of the training staff had negative results.’

The positive cases of Krychowiak and Piatkowski follow those of Leeds star Mateusz Klich and back-up goalkeeper Lukasz Skorupski.

Klich tested positive ahead of Poland’s thrilling World Cup qualifier against Hungary last Thursday – which ended in a 3-3 draw. 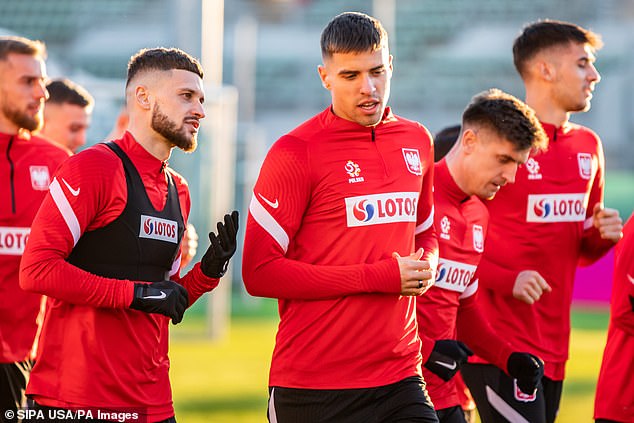 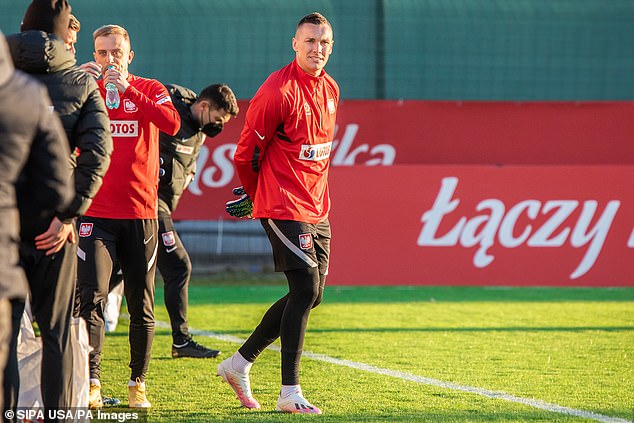 And a follow up positive test also meant the Leeds midfielder missed Sunday’s 3-0 victory over Andorra, and he is set to sit out once again on Wednesday at Wembley.

Meanwhile, goalkeeper Skorupski came back with a positive result just three days ago.

The 29-year-old had Covid symptons on Thursday night and immediately went into self-isolation. He later recorded a positive test.

Poland’s preparations have been far from ideal ahead of the crucial clash against Gareth Southgate’s side on Wednesday – the biggest obstacle standing in their way of qualifying for the 2022 World Cup in Qatar.

As well as the five positive tests, they will be without star man Robert Lewandowski at Wembley due to a knee injury.

The Bayern Munich star limped off during his team’s 3-0 win over Andorra on Sunday, with the 32-year-old damaging ligaments in his right knee. 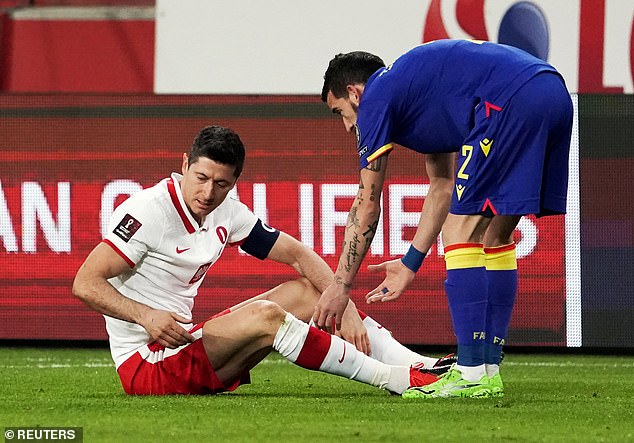