Tottenham boss Mauricio Pochettino will hope his players can follow the example of the club’s U19 side after he watched them beat PSV 2-0 in the UEFA Youth League.

The Argentine manager, sat chewing a Brazil nut while sat in a golf buggy, watched 16-year-old defender Malachi Walcott and striker Troy Parrott net for the north London side as they eased aside their Dutch visitors.

On Tuesday night the two clubs’ respective first teams will go head-to-head at Wembley stadium and Tottenham know anything less than three points would extinguish any faint hopes of reaching the knockout stages. 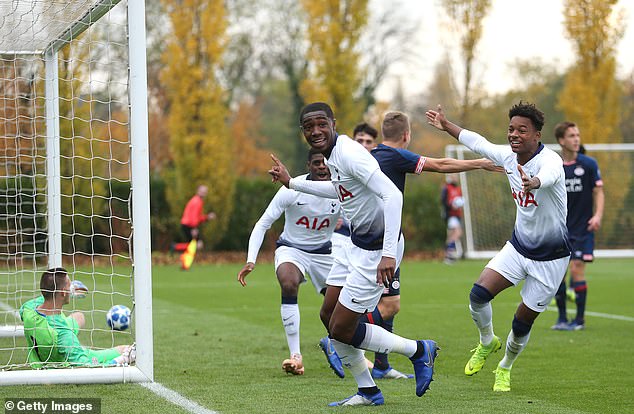 Tottenham dominated for much of the reverse fixture in Eindhoven but following the straight red card shown to goalkeeper Hugo Lloris, the Dutch hosts hit back and the game finished 2-2.

Previous defeats to Inter Milan and Barcelona have left Tottenham, who won a group that included eventual winner Real Madrid last season, on the cusp of an early Champions League exit.

After the pitch at Wembley came in for heavy criticism following defeat to Manchester City, the surface has improved and a routine pitch inspection, which is taken for all UEFA matches, ensured the game would go ahead. 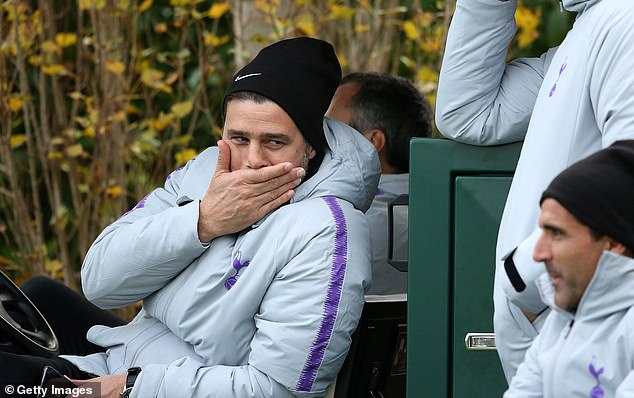 And while Pochettino was without his first team players earlier in the day at the club’s Enfield training base, he will hope they can produce a similar showing to the U19 side.

Walcott was immense at both ends. First heading in the opening goal from a corner before clearing off the line at the other end to preserve the clean sheet.

Parrott’s goal on the counter attack came late which ensured the three points, meaning Tottenham are now second in Group B, behind Barcelona, in the Youth League. 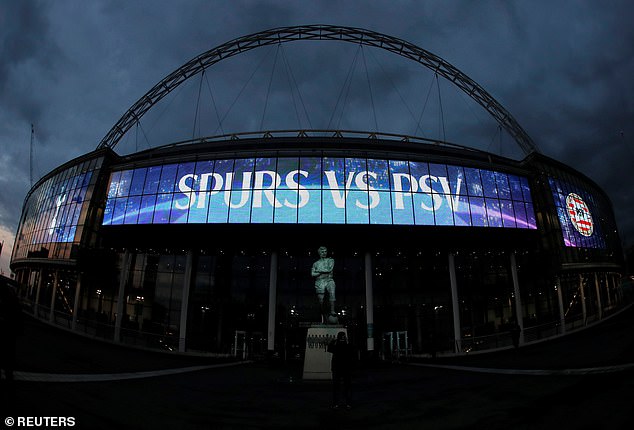